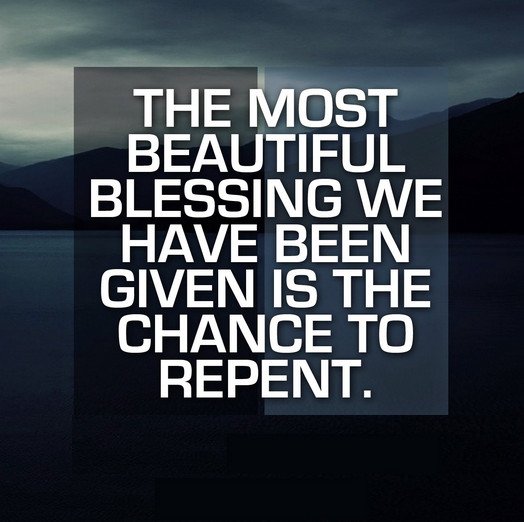 The theme for the 5pm and 6:30 services over the past five weeks, through the end of lent and across the Easter celebration, has been “this changes everything”.

And it’s hard to argue that you could find a better theme for those weeks – the run up to Easter, the last days of Jesus’ ministry before the crucifixion; and then, of course, the drama of Holy Week, the conflict, the betrayal, the death, and then, beyond all hope or reason, the resurrection.

Surely there can be no doubt that the events of Easter truly and absolutely changed everything. Every assumption about the way the world works, every hope or fear for the future, every understanding that we thought we had of God; everything is changed by the willing death and irresistible resurrection of Jesus.

But then we are left, as I think the disciples were, in those first few weeks after Easter, wondering: everything is different – but what am I supposed to do about it?

I know everything has changed, I know that all my assumptions and presuppositions and perspectives are all up for grabs now, all challenged, all shaken – but where do the pieces fall when everything we thought we knew gets taken apart?

What does this new world, ushered in by the cataclysmic events of Easter, look like?

So this is our theme for the next six weeks – up to Pentecost – “So how should we live?”. How should we respond to the unprecedented act of sacrificial love that was the crucifixion, and the incomparable demonstration of redemptive power that was the resurrection?

Our reading from the book of Acts today gives us Peter’s response to those who asked exactly the same questions the best part of two thousand years ago, on the day of Pentecost.

Peter has just made the first evangelistic speech in the history of the Church. He’s quoted the scriptures that his audience knew well – the prophets, the psalms of David – and reminded the people of all that they had seen in the life of Jesus – deeds of power, wonders, signs – and then gone in for the killer punch. “Despite all this, all you saw him do, you handed him over to be crucified.”

There were surely many present who had not been part of those crowds; for they had come to Jerusalem for the festival of Pentecost, the great harvest celebration of the Hebrew calendar at which faithful Jews from all over the Roman world would bring the first fruits of their harvest as offerings for what was essential the worlds biggest “bring and share” celebration.

But no one in the crowd seems to raise that objection. No one says “no, it wasn’t me who did that. I wasn’t even in the city at the time.” Something about Peter’s words, and the spirit in which (quite literally) they were spoken, puts such defences aside. Perhaps there is something here of the same truth that Jesus leant upon when sparing the woman taken in adultery – “let he who is without sin cast the first stone” he challenged her accusers, and they all, ashamed, slipped away – perhaps those who heard had that internal argument with themselves: “technically, I’m not guilty of the specific accusation that is being made against me. But if I’m honest with myself, I know that what I am guilty of is just as much, just as deep, just as dark”.

Or perhaps they just had a much stronger sense of collective responsibility than our age – as if to say “yes, it’s true, my people did this, and as part of that community I share in the blame; I am part of the system that allowed this to happen; I’ve known about the violence and the corruption and the compromise of power that had rotted our government to such a degree that we could do this terrible thing; I’ve known about it, and I’ve let it happen. I might not have been here shouting for the crucifixion of Jesus, but by my actions and my acquiescence to evil I have allowed it to happen.

The same way that we might, in our most honest moments, accept that we have a share of the responsibility for the injustices of international trade, the treatment of asylum seekers, the acceptance of gender-based violence, the disadvantage of our indigenous brothers and sisters, the global climate catastrophe; even if that share is simply knowing but not acting.

For whatever reason, Peter’s words strike home, “cut them to the heart”, and they ask the question the gives us our theme for this season: “what should we do about it?”

So here we have them – Jews from around the world. The people of God. And committed ones; for they had travelled to Jerusalem out of faithfulness to their story, their tradition, their knowledge of God. They were people of God; religious, genuine, faithful. They were not “them”, outsiders, tax collectors, Samaritans; they were “us”. Regular Church-goers. Good people. Socially acceptable people. Ordinary people.

Asking the question: “what should we do?”

And Peter has the answer for them: “repent, and be baptised; your sins will be forgiven and you will receive the gift of the Holy Spirit”.
So much in that answer – much of it will be picked up in the rest of this series. I just want to look at the one word: repent.

Whole books could be written – have been written – on this one word; for it lies at the heart of the human response to God’s call. Like most deep words it resists simple definition, but at its core it carries a meaning of change.

The Greek word, metanoia, essentially means “to think (and in Greek thought, therefore, live) differently after”; the Hebrew root, shuv nacham, literally means “to return in sorrow”. The Talmud, the primary interpretive text of the Jewish faith says “repentance is manifested when the same temptation to sin, under the same conditions, is ever after resolutely resisted”

To repent is to change. It is to be different.

It is not the same as confession – whether that be admitting our faults in private to God, in person to those we have hurt, or in general in our prayers of confession. Confession, the willingness to acknowledge fault, blame, sin, is in the question – “what should we do?”. Repentance is the answer.

And I honestly think that we’ve forgotten, in the modern Church, about it. We’ve turned it into, at most, something that you do at the moment of conversion – turn about, face Jesus, decide to follow him. And yes, that is repentance, or at least it should be.

But in story of the crowd at Pentecost it is the faithful ones, the believers, the pilgrims worshipping God, the people like us, who are called to repentance.

Over Easter we used the theme “this changes everything”; and that everything includes us. The first answer, the core answer, to our question “So how should we live” is simply “differently”.

Now at this point I could perhaps ask the question – “how is your life, my life, different because you are a follower of Jesus Christ, the crucified and risen one?” And I suspect that you could answer that question.

Or I might ask a harder one “how could people tell by looking at your life that you are a follower of Jesus Christ, the crucified and risen one?” (and note that “they see me going to Church” is a cheating answer).

But the question I actually want to leave you with today is not about the past, but about now, and the future.

How is your life going to change – how are you going to think different, live different, be different? What is you shuv nachan, your sorrowful return, or your metanoia, change of direction from a change of mind? What is it that others will notice, and wonder about?
This season, what is your repent, your change, your growth?