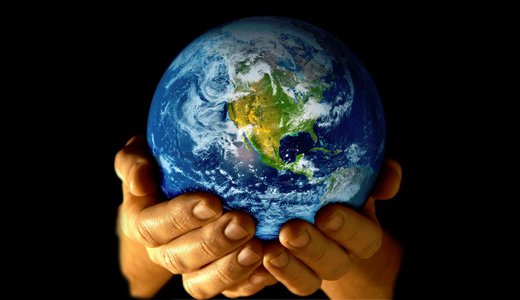 There’s this striking theme, or rather, tension of themes that runs through the Old Testament scriptures.

On the one hand, God is portrayed as the God of the people of Israel – “The God of Abraham and Isaac”, “The God who called you out of Egypt” – the God of that group, that collection of tribes, standing in contrast to the Gods of ‘the nations’, the others, the rest of the world.

But then on the other hand, the scriptures are also peppered with these declarations, like in the psalm today, proclaiming their God to be the one true God, the creator of all, the incomparable God of all.

And in the tension between these two themes lies an oddity of the Jewish faith. Although the people of Israel, from their very earliest memories, were “blessed to be a blessing”, called by God in order that all the nations might benefit, there is no imperative in the Old Testament scriptures to call those other nations to the worship of God. The people of Israel are commanded (again and again) that they should not worship the Gods of other nations, but there is no sense that those of other nations are supposed to worship the God of Israel. While people could convert to Judaism, the faith was (and still is) essentially non-proselytising.

That, of course, all changes in our readings from the gospel and from Acts today.
Matthew’s gospel finishes, and the book of Acts starts, in the same place: the final recorded words of Jesus to the disciples. Matthew finishes with a command: “Go and make disciples of all nations”, Acts begins with a promise which carries the same sense: “you will be my witnesses”.

You will be my witnesses in Jerusalem – now that’s a scary place to start. Jerusalem had just seen the rejection of Jesus, his persecution and crucifixion. The followers of Jesus still had a lot to fear in the Holy city, a lot of reasons to go elsewhere with whatever message they had to bear. They had left after the events of Holy Week; according to Matthew’s account they were in Galilee, but now Jesus was sending them back into the lion’s den, into the heart of the local centre of power, of government.

“You will be my witnesses in Jerusalem – to those who betrayed me, those who called for my blood, and those who executed me. You will be witnesses of the power of the resurrection to those who hold authority that I threaten, those who seek to control others by controlling their access to God, those at the heart of your nation.”

…and in all Judea… was more like it. That was home for the disciples; the towns and villages, the fishing fleets and farmers and herdsmen. All of Judea – that was the Kingdom they knew of, the Kingdom David ruled. That made sense.
“You will be my witnesses in all of Judea – in the places you know and amongst the people who know you. You will be my witnesses amongst the people who are like you, the people of your tribe, your family, your class, your nation.”

But, of course, Jesus hadn’t finished. For the kingdom their history taught them of, the Kingdom of David and Solomon, was a kingdom too small for the one they had followed.

…and Samaria… do not just set your eyes on your people; do not limit your witness to those who are like you. Don’t you remember when I said “love your enemy”? Were you listening to the parable of the good Samaritan? Go to them, too. Be my witnesses there. This Kingdom is for them, too.

“You will be my witnesses in Samaria – in the places of your enemy, amongst the people who worship God differently, in those nations and groups and ethnicities that you don’t get along with, and who don’t like you. You will be witnesses to the power of the Kingdom of God to break down those barriers, reach out across divisions, heal historic conflicts.”

…and to the ends of the earth. And once you’ve left your comfort zone, once you’ve stepped out from the familiar territory where you know the rules, know the people, know the lay of the land; once you’ve gone beyond there, don’t stop. A Kingdom of Judea and Samaria is what Joshua was promised, but it’s still too small. Too small for God.

So “you will be my witnesses to the ends of the earth. To places whose languages you don’t speak, whose culture you don’t recognise, places so alien to you that you don’t even know where to begin. But even there, you will be witnesses, because even there the power of the resurrection changes everything, and even there the people are beloved children of God.

And so they went.

Today, as we do every week, we lit the Christ candle, a flame to represent the presence of Jesus amongst us. But a faith which gathered around a single candle would be a very small faith.

The great miracle, of the great commission and of the sending of the Holy Spirit is that just as we can light this candle today, and celebrate Jesus’ presence with us, so the same flame burns in St. Ives, in Woolongong, in Perth, in Denpasar, in Port Vila, in Jaipur, in Bucharest, in London, in Buenos Aires, in Toronto, in Bejing, in Yokohama, in Pretoria.
Because Jesus sent them, and they went.

So I wonder where we are sent to? Where we are called to go as witnesses to the love and redemptive power of God?

What is our Jerusalem? Where are the places of power and authority, the places of religious and political and economic influence, that we are called to, as witnesses to the story of Jesus?

And where is our Judea? The places where we feel most at home, amongst people we get and who get us, people who are like us – where there are we called to witness to the truth and challenge of the gospel?

Who are our Samaritans? Who are the others, the different, the enemy, the ones our society demonises? How are we called to reach across those divides with the good news of peace and reconciliation in the name of Jesus?

And where are those places beyond? How are we able to contribute to the spread of the Kingdom of God to the very ends of the earth?