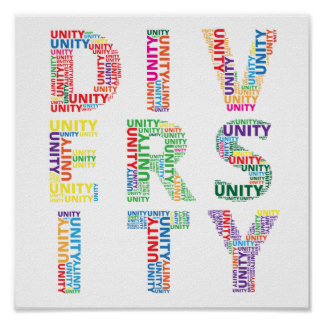 Romans 12:1-8
Today is the first in a short series in which we’re returning to the book of Romans as it comes to its conclusion, and exploring the idea that Paul develops there – and in several of his other letters – that we, the Church, the people of God, are the body of Christ. I guess its an image that most of us are pretty familiar with; we use it in our Church language, and in our liturgy all the time. But lets just take a couple of weeks to pause, and reflect on what it might mean for us, here in Roseville in 2017 and beyond.

The context, of course, in the book of Romans is all that has gone before. We spent a few weeks back in July looking at the promises of God; the amazing gift of grace that is ours in Christ, that we are no longer under law, the logic of transactions, of “if this then that”, but under grace, the free gift of God, that we are free, rescued, uncondemned, eternally children of God.

And here in Chapter 12, Paul begins to describe what life looks like for the people who have been so called. He begins by calling us to present ourselves to God; a living sacrifice, transformed by the renewing of our minds to discern the will of God – a calling to each of us as individual Christians to keep on giving ourselves in service to God, and to keep on the process of transformation more and more into the image of the one that God created us to be.

And then, having spoken of our lives as individuals, he comes to this rich metaphor for our life together.

And I’d like to unpack this around three key words:

I wonder if you noticed that the wording there isn’t the one we use most commonly? We more often use the words from the letter to the Church in Corinth, “you are the Body of Christ and individually members of it”. Here instead Paul writes that we are one body in Christ.
“In Christ” is a phrase that crops up a lot of times in Paul’s writings. Just in this one letter he writes that our redemption is in Christ, we have eternal life in Christ, there is no condemnation in Christ, we cannot be separated from the love of God that is in Christ; elsewhere in his letters we are a new creation in Christ, God supplies all our needs in Christ, we have every spiritual blessing in Christ, we will be presented to God perfect in Christ.

And the thing about all of these uses of the phrase is that in every case, it is describing something that God has done (or is doing, or will do) for us, and not something that we do by or for ourselves.

We are one body in Christ.

God has made us one. In Christ we have unity. That’s my first word. Unity.

Of course, it doesn’t always look like it. Especially, perhaps, at the moment, when the Christian Church seems so divided over the elephant in the room, the future of marriage.

But Paul’s assertion is not that we need to become united; that, after all, would be the logic of transaction – find a way to be united and God will bless you. No; Paul asserts that we are in Christ – that is, by grace, by gift – one body. Of course elsewhere in the epistles Paul will appeal to the people to be united – but even then, the words he uses are “make every effort to maintain the unity” – maintain, not create.

We do not need to agree to be one body (again, that’s law, transaction). We are one body. So it would be a good idea to stop hurting one another.

Now again, in the famous passage in the letter to the Corinthian Church, a Church famously riddled with internal strife, Paul goes on to speak of how all the parts of the body need each other; (if the whole body were a hand, how would it see? If the whole body were a foot, how would it smell?) and how they cannot reject one another (“if the hand says to the foot, because you are not a hand, you are not part of the body, the foot would still be part of the body”)

But here the curse of division doesn’t seem to be the main point; the Roman Church doesn’t seem to have been in the habit of rejecting one another. So instead of appealing to them to accept difference as part of the reality of being a body, Paul instead goes on to celebrate that diversity (my second word) as a gift, a grace, of God.

We have gifts that differ according to the grace given to us: prophecy, in proportion to faith; ministry, in ministering; the teacher, in teaching; the exhorter, in exhortation; the giver, in generosity; the leader, in diligence; the compassionate, in cheerfulness.

When J was little we had a sort of language ritual; whenever he noticed diversity and asked those amazingly simple but profound questions: “why are some people tall and other people short?” “why are some people brown and others pink?”, I would always ask back “what if everyone was the same?” and he would reply “that would be boring!”.

It would also be incredibly inefficient.

Now we know that our differences – of gifts, of emphasis in faith, of style, of priorities – can divide us and cause us to hurt one another.

But according to Paul, they are also the result of God’s gifting to diverse individuals who are one body in Christ.

I’m a big fan of the former archbishop of Canterbury, Rowan Williams. And one of the most valuable and memorable things that I learned from his writings was his attitude that difference, diversity, was God’s gift to the body of Christ.

That when we find other Christians who live, work, worship or believe differently to us, the question we ask should not be “what’s wrong with them?” but “what is it about God that they have seen more clearly than I, that I can learn from them?”

This wasn’t to say that we would then agree; that’s not the point. But that the spiritual insight of those who we disagree with is more likely to lead us into growth than that of those who sing from the same hymn sheet as us.

Diversity of gifts, of graces, of practice, of faith: God’s gift to us. Which really leads into the third of my words: we’ve had unity and diversity – now mutuality.

…individually we are members one of another…

What a great phrase that is. It’s one of those things preachers and orators spend hours searching for, a single phrase that can carry so much meaning.

Individually we are members one of another.

Individually. Not collectively, not the Borg, not the uniformity of totalitarianism (of any flavour), but individually. As ourselves, our unique, characterful, wonderful and awful selves. Not as clones of some great leader or (as those of us who have kids know) of our parents; but individually, bringing in those things that make us, us, those quirks of character that inspire and frustrate.
Individually; as the unique people God made us, we are members one of another.

Individuals, but not individualistic.

Unique, but not alone.

Myself, but not for myself.

We are members one of another.

Mutuality. It’s the way that diversity (my second word) can coexist with unity (my first).

The idea that whoever you are, young or old, rich or poor, educated or not, whatever your race, your gender identity, your sexuality, your theology, your class: you are part of me and I am part of you and we need one another.

That I am not complete without those who are different from me.

In Christ – by the gift of God, by grace not transaction, we are one body. Unity.

Individually – with all our differences and the tensions that they bring. Diversity.

We are members one of another. Mutuality.