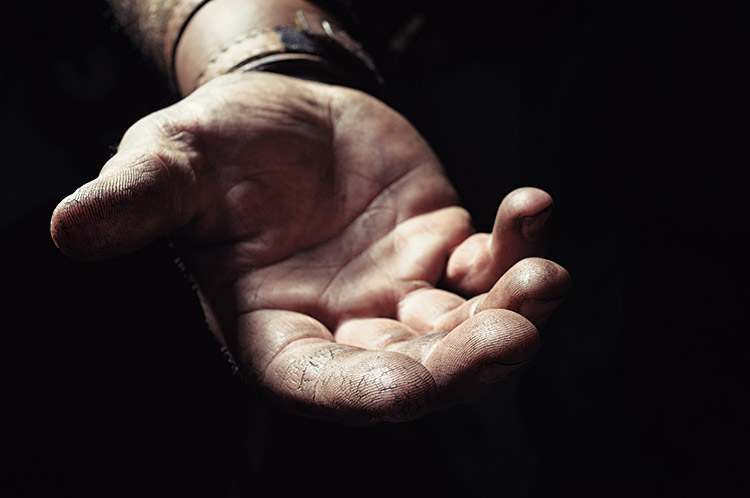 John 1:43-51
It’s an odd little story, we have today, the calling of Phillip and Nathanael, from the gospel of John. Odd, because this is the only place in the gospels that Nathanael appears – except for right at the end of John’s gospel, post resurrection, on the beach. Unless (as some commentators think) Nathanael is the same person as Bartholomew, which is the only way to make John’s list of disciples match up with the other gospels.

And Nathanael’s role in the story is a pretty strange. After Jesus’ baptism, a couple of John the baptist’s disciples leave John, and decide to follow Jesus instead. Quite what motivates them isn’t clear – it seems that gathered from John that this Jesus was the one, and decide to check him out. One of them is Andrew, who, deciding (very quickly) that Jesus is the real thing, calls his brother, Simon, who Jesus renames Peter.

The next day, Jesus calls Philip, and Philip finds Nathanael and tells him “we’ve found the one the law and the prophets spoke of! Jesus, son of Joseph, from Nazareth.” Nathanael responds with that sort of tone that’s very familiar to all of us “does anything good come out of Nazareth?” – the way the Eastern suburbs speak of Penrith, or we might speak of Cronulla, or Campbelltown – or residents of the Shire might speak of, well, anyone. Or how we in the so-called developed world might speak of sub-saharan Africa, or Afghanistan. Or how educated Australians might speak of people who vote for Pauline Hanson or Donald TrumpThe sort of casual contempt that comes so easily about those we feel superior to.

Is this praising Nathanael for his honesty – at least he doesn’t pretend to like people from Nazareth? Or doesn’t Jesus know the sort of man he’s talking to?

Or is, perhaps, a bit of a subtle dig? “Ah, Nathanael, now you’re a proper Israelite, aren’t you. Not like those westies.”

Certainly, Nathaniel seems thrown off his confident stride. “How do you know me?” he asks Jesus.

“I saw you under the fig tree, before Philip called you.”

To which Nathanael makes the only response possible: “Rabbi, you are the son of God! You are the king of Israel!”

Am I the only one not following this conversation? What just happened there? “I saw you under the fig tree” … “you are the son of God”.

So I turned to google for answers, as one does. And it turns out there are a whole load of theories about just what was so important about the fig tree. Ranging from the suggestion that Nathanael had been praying in private under a fig tree, and concluded that only God could know, to Augustine’s explaination that the fig-tree represents sin (for it was fig leaves God sewed together to cover Adam and Eve’s nakedness), to a range of theories linking Nathanael with Jacob, by contrast with the deceitful Esau (though Jacob’s life was hardly one of which you would say “there was no deceipt”.

The only thing that became clear as I read was that this conversation doesn’t seem to make sense to anyone except, presumably, Jesus and Nathanael. And even Jesus seems a little bit taken aback.

“You believe because of the fig tree? Wow. Stick around, you’ll see a lot more than that.”

But somehow, something Jesus said or did or looked, or something, made sense to Nathanael. Something clicked. Something that didn’t make sense to anyone else.

And actually, when you come to think of it, isn’t that an interesting story? Because… isn’t that rather like your experience of faith?

Could you explain just what it is or was that happened to you that made you say to Jesus “Rabbi, you are the Son of God, the king of Israel”? Whether that was a moment of realisation, a gradual dawning, or something always there, could you explain it – in a way that would make perfect sense to someone else? For most of us, I’m guessing, the answer is no – there might be things we can point to, moments of clarity, answers to prayer, feelings of support in time of crisis, arguments that made sense, people whose lives looked more real because of their faith – but all of it together doesn’t add up to a narrative in which cause leads inevitably to effect, evidence leads logically to faith.

That just doesn’t seem to be the way that faith happens. The things that stand out for us, the moments that convince us, that we hang on to when we aren’t sure where our faith is going, aren’t, for the most part, the things of a logical, explicable, narrative.

“Taste and see that the Lord is good,” wrote the Psalmist. Our first encounters with God are often, perhaps generally, matters of experience, instinct, emotion. Not that the rationality of faith doesn’t matter, just that it often comes later, it takes a while for our mind to catch up with what our heart has realised.

And so it is with the calling of the disciples. In many cases, Jesus says “follow me” and they just do. In Nathanael’s case, Jesus says “I saw you under the fig tree” and Nathanael says “you are the Son of God”.

The stories of the calling of the disciples don’t make sense. In fact, they make about as much sense, in the logical, consistent, narrative sort of way, as falling in love does. And for pretty much the same reason.

Because what happens is that there is an encounter. Two people meet, and somehow, something happens which is outside the realm of logic and argument, outside of narrative deconstruction. Something which makes sense, but it’s the sense of poetry, music, or art; it makes sense in the way the way love makes sense.

Which is why, in so many ways, Philip is the picture of evangelism that we can see and understand, and even hope to emulate. For he doesn’t have an argument for Nathanael, he just says “we’ve found him. we’ve found what we’re looking for,” and to Nathanael’s response he just says “Come and see for yourself”.

Philip would never in a lifetime of argument be able to make Nathanael into a disciple of Jesus. But what he can do is to invite him to come and see for himself. And that he does – wearing the contempt in Nathanael’s response to bug him – just see for yourself.

Which is all very well, except that we don’t have a walking, talking, Jesus to invite people to meet, to come and see. What we have, is us. The body of Christ. The people, the disciples, of Jesus.

Which raises the question – and this is the set up for the coming year – what does it take for the people of God, the body of Christ, us, Roseville Uniting Church, to be a people and a place in which those who come, those who walk through our doors for any of a hundred reasons, or who encounter us beyond these walls for a thousand more, will have enough of an encounter with Jesus Christ that they will be drawn to him as Nathanael was.

I look forward to your answers. For that is what it means for us to be disciples of Jesus, charged with his mission.