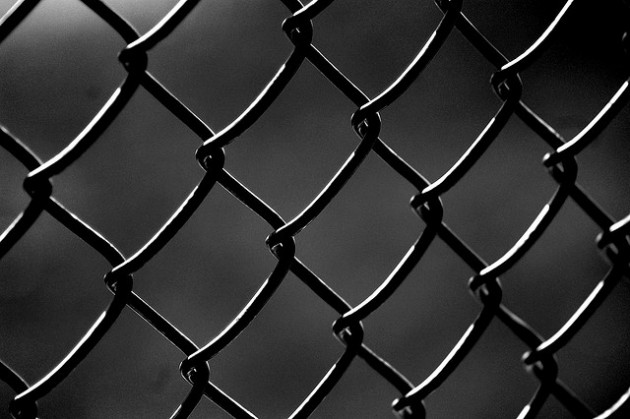 John 2:13-22/strong>
The cleansing of the Temple, we normally call it, and even the name comes laden with overtones of meaning – cleansing, making clean; the imagery of scrubbing away that layer of black gunk stuck onto the frying pan after a particularly unsuccessful fry-up (or that just me?) – making something clean again.

The account is found in all four of the gospels (one of the only stories, other than the death and resurrection, that is), but there is one striking difference between John’s account, and that of the synoptic gospels, Mark, Matthew and Luke. John places the events right at the beginning of Jesus’ ministry – it’s only chapter two of the gospel, whereas in each of the other three, the clearing of the Temple takes place right at the end, in Holy Week, just after the triumphal entry, and seems to mark the beginning of the end, the point of no return for Jesus.

So what do we make of this discrepancy? Some conclude that Jesus must have cleared the Temple twice – once at the start of his ministry, and once at the end. If you take a high view of the literal accuracy of the gospel accounts, that seems to be the case.
I have to say that I find it a bit of stretch to suggest that Mark, Matthew and Luke, writing of the second clearing of the Temple, didn’t think to mention that this had happened before, and to be honest, I think such reading doesn’t really do justice to the author of John’s Gospel. For everything about John’s writing points towards a carefully constructed piece of theological writing – of poetry, if you like – a story written not to tell the reader what happened when, but to tell the much bigger and truer story of who Jesus was, and what it meant.

John was writing for an audience who were not Jews – clear from the opening words of our reading, “the Passover of the Jews was near” – you wouldn’t explain the word Passover to a Jewish audience. So where Matthew (in particular) can take for granted knowledge of the Judaism of the time, John cannot.

So John takes a story which encapsulates all that needs to be explained about the state of Judaism at the time of Jesus, and places it at the start of the gospel, as an explanation, an introduction, so that his gentile readers have the context they need to make sense of the conflict between Jesus and the authorities that is to come.

And what is it, then, that John wanted his readers to understand – and that the other gospel writers all considered important enough to emphasise?

To answer that, I think we need to dig a little into the most obvious and striking aspect of this story: that it portrays Jesus, not meek and mild, but angry, decisive, even aggressive.

It’s quite often said that this is the only story in the gospels where you see Jesus angry. I’d have to say I don’t agree. Off the top of my head, I can think of at least three other stories: when the disciples turn away parents with children because they think Jesus is too busy with the grownups, he rebukes them – an angry word. And his list of woes to the hypocritical scribes and Pharisees (“nest of vipers”? “whitewashed tombs”?) are not words meek and mild. And the not often quoted words of Jesus when he says of those who cause little ones to stumble that it would be “better for them to have a millstone tied around their neck and be thrown into the sea”…

But there’s one interesting thing about all four of these stories, all the times I could think of in which Jesus is made angry, and that is this: his anger is always directed at those who make it harder for people to come to their God. People who put barriers in the way.

Whether those barriers are literal and physical – turning the children away; or legalistic – the rigid over interpretation of the law that Jesus condemns in the Pharisees; or, for want of a better word, psychological – causing the little ones to stumble.
Or, in the case of the temple, sociological, political and financial barriers.

Because what had happened with the Temple, was this: the outer courtyard had been transformed into a market.

Now what might not be immediately obvious was that the outer courtyard had an important symbolic role in the ecosystem of the Temple. It was known as the court of the gentiles – for it was as far into the Temple as those who did not share the Jewish faith were allowed to go.

But that emphasises the negative – they could go no further. Hear it again as a positive – even those who did not share the Jewish faith were welcome into the Jewish Temple, to offer prayer to the Jewish God. The court of the Gentiles was an architectural declaration of the sense that the people of Israel were always intended as a blessing for all the nations, not just as an exclusive club for God’s chosen.

And it was that courtyard, that place for all nations to come to worship God, that had been transformed into the noise and smell and offense of a market.

And then you look at the services being offered in that market. Moneychangers, and people selling sheep, cattle, and doves – all the things that were needed by those who would bring offerings to God in the Temple.

But why the need to buy an offering? The description of the sacrificial system in the Old Testament is clear that the expectation is that everyone would bring an offering from their own possessions to give to God. But it seems that by the time of Jesus the rules that specified the animal offered must be a good specimen had become so perverted, so tightly defined, that the only way one could expect to have your offering accepted was to purchase it from an approved seller.

And similarly for gifts of money: roman currency could not be used, only the temple coin; so money had to be exchanged (for temple coin had little use elsewhere) if offering was to be made.

In each case, the Temple authorities had taken the law – the command (or perhaps invitation) that offerings be brought to God, and had added to it layers of complexity, of clutter; things that made coming and making a gift to God less a spontaneous act arising from a grateful heart, and more a regulated, strictly controlled process.

Rules added to the faith that created barriers, and handed control to those in authority; control, and, in this case, profit.
If there is one common theme in the four stories of Jesus getting angry that I can see, it is this: no one gets to control someone else’s access to God. No one gets to erect a barrier. No one gets to be gatekeeper.

No one gets to be Priest – not in the strong sense, of the one who in some sense controls access to God.

As humans, we desperately seek systems, clarity, order, structure. And those are good things – they can provide us as a community with the safety we need to grow and flourish.

But so often we turn those means into ends; entrench a way we have found helpful for us as the way that everyone needs to follow; setting rules, drawing power into fewer hands. And that way – for the people of God – lies the Temple courtyard that Jesus needed to cleanse.

So my pledge, I suppose, my hope for Lent is that I will seek to never believe or express that the way I have found to the experience of and intimacy with God is the only – or even the best – way. I will resist the belief that because others follow Christ differently, they follow him less well or less honestly.

I will offer them my story – I will share with them my insight into the story of Jesus Christ – I will encourage them to see their lives reflected in the words of the gospel, and find hope and courage and direction and meaning in the words of Jesus. But only if I am willing also to hear them share the same things with me.

And I might even challenge others; argue that their understanding is inadequate or misguided, their conclusions harmful: but only if I am also willing to take seriously their challenge to my faith, my decisions.

But I will not say, even to myself, that they are not seeking to walk the path of God. They might be, or it might not. But that is not my call to make.