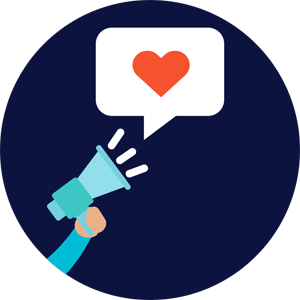 Jesus is… our advocate

1 John 1:1 – 2:2
One of the first things that I do when I come to speak on a familiar passage of scripture is to look back through my index of all the sermons I’ve ever preached, to find previous reflections on the same text. Not to simply reuse them (although I’m not denying that this is occasionally the result), but to remember where I was, what I was thinking, where the text took my imagination last time I spoke on it.

When I did that this week, I discovered that not only had I never spoken on this passage before, but I’ve never spoken on any of 1 John (or 2 John or 3 John, for that matter).

Which really quite surprised me – because this letter contains some of the most familiar and oft-quoted passages of the New Testament.
In our reading today I heard again words that are amongst my earliest memories of Church (strange what it is that sticks with you), from hundreds of repetitions as part of the Communion liturgy when I was growing up

“If we say that we have no sin, we deceive ourselves, and the truth is not in us. If we confess our sins, God is faithful and just and will forgive us our sins and cleanse us from all unrighteousness”

But if you read on through the letter you’ll hear other phrases echoing in it – it is in 1 John that we first find the simple declaration “God is love” and the amazing claim “everyone who loves is born of God and knows God”.

It’s 1 John where we find “perfect love drives out fear” and “this is love, not that we loved God but that God loved us”. As you might have noticed, the theme of love, and of the love of God, is a pretty major part of John’s letter.

A letter which, sets out, from beginning to end, to reassure all who read it. It begins with an assurance of the of the credibility of the one who wrote it – “we have seen with our eyes, touch with our hands” – these are the words of an eyewitness, probably the disciple John himself, one who saw for himself, heard for himself, the life and work and teaching of Jesus – and it ends with a simple declaration of his purpose in writing:

God gave us eternal life, and this life is in his Son. Whoever has the Son has life; … I write these things to you …so that you may know that you have eternal life.

John wants, more than anything, for his readers to know that, because of the love of God, they can have absolute confidence in their eternal salvation; that their security in this life and in the next rests in the hands of the God who is love.

And it’s in that context that we come to our second great “Jesus is…” declaration; “Jesus is our advocate”.

For it seems as if John’s audience were struggling with a truth which I reckon pretty well every Christian believer has faced, and, to be honest, continues to face throughout their life – the ongoing reality of sin.

This isn’t a popular idea, of course, that we have sinned, that we need to confess, need to be forgiven. It runs counter to the unrelenting feel-good-about-yourself zeitgeist of the modern era. The Christian faith has been roundly condemned for having an emphasis on sin, on making people feel like they are worthless sinners deserving of God’s wrath.

And some of that criticism has been all too valid, especially in the way that the gospel has sometimes been presented to children – I still remember J coming home after a scripture lesson declaring that he needed to tell his friends about Jesus or they would go to hell because of their sins – in year 1, when he was six years old – but the reaction of the world, and often, in response, of the Church, has been to swing far too far in the other direction; to never speak of sin, of our shortcomings, of our need for forgiveness.

John’s response is not to remind people that they sin; nor is to say that it’s ok that they do “I’m writing these things,” he says, “so that you might not sin”.

“But if anyone does,” or, let’s be honest “when you do”, his words are of reassurance, “we have an advocate with the Father”. An advocate. The language is legal; our representative, someone who will speak on our behalf.

But we have an advocate, John assert, who is not the Priest. “Jesus Christ, the righteous”. John Wesley wrote about this text: “We have for our advocate, not a mean person, but him of whom it was said, “This is my beloved son.” Not a guilty person, who stands in need of pardon for himself; but Jesus Christ the righteous; not a mere petitioner, who relies purely upon liberality, but one that has merited, fully merited, whatever he asks.”

Of course it’s hard to read that word ‘advocate’ in John’s writings without reflecting on Jesus’ promise of the Holy Spirit in John 14 ‘And I will ask the Father, and he will give you another Advocate, to be with you for ever’ – Jesus identifies himself as our advocate even here, before his death, and promises that the gift of the Spirit will be another, who also speaks on our behalf.

And then John continues “and he is the atoning sacrifice for our sins”. Now there is a whole load of theological and linguistic debate in those few words. In the Greek the word that is translated here “atoning sacrifice” is ἱλασμός (hilasmos) – and it’s only found, in the whole Bible, in this letter. It’s literal meaning is simply “the means by which sin is covered”, but typical usage in the religious world of Greek and Roman Gods was of a sacrifice, made to appease an angry God.

And of course that’s not an alien idea to Hebrew thought either; the Temple sacrificial system revolved around similar imagery.

But here we read the words in a letter which doesn’t even come close to describing God as an angry deity needing to be appeased; this is the letter of “God is love”, “whoever lives in love lives in God” of “our fellowship is with the Father”.

So I fear that when we read blood sacrifice, when we read substitutionary atonement – the idea that someone had to be punished so Jesus was on our behalf – in this text, we are bringing that theology to the text, not finding it within it. That’s not to say that that way of thinking isn’t in the Bible – it is – but not here.

What we have here is the declaration that the one who advocates for us, the one who speaks when we inevitably fail to live as God’s children, the one who stands on our behalf, is the same one who is the means by which our sins have been covered.

The language of ‘atoning sacrifice’ takes the core meaning of the words – “Jesus is the one by whom we are saved”, an idea found over and over again in this letter – and adds to it a sense of mechanism, of how that salvation works, which isn’t there, and really doesn’t fit, and owes more to pagan – and Hebrew – religious practice than to the life and witness of Jesus.

So then pulling these threads together, and tying them back to last week – when we spoke about how the resurrection narratives insist that we take this physical reality seriously – I guess that the core importance of Jesus as advocate lies in this: we live here on earth.

We live in this broken reality, in which there is so much pain and suffering and beauty and love, but we live here as people who believe that this reality, this physical creation, really matters. Really counts.

John began his letter with the words “we saw with our eyes and touched with our hands” – it’s more than just an eye witness account, it’s an assertion that what we can touch matters.

We reject, as John so strongly rejected, the Gnostic Christianity which treated the physical world as a distraction from what really mattered, with its perfect Platonic ideals, and embrace instead the messy alternative of a world of shades of grey, of confusion and compromise and impossible decisions.

We accept the reality that our decisions are not simple; that the law might simply be ‘love’, but that what ‘love’ looks like in the day to day reality is far from obvious or unambiguous.

We need the reassurance of an advocate who speaks for us in the highest of all courts because we know that to be truly human means to be involved, to get our hands dirty and, inevitably, to make mistakes.

Jesus as our advocate means that we don’t need to be paralysed by fear that we might get it wrong; that our mixed motives will lead us astray, that our weakness will cause us to take selfish or frightened decisions: the advocacy of Jesus says that when we do get it wrong, as we surely will, the one who is the means by which our sins are covered speaks for us.

So we can live, really live, without the fear of getting it wrong, because we live instead with the certainty that we will get it wrong, at least some of the time, but when we do, Jesus has got our back.