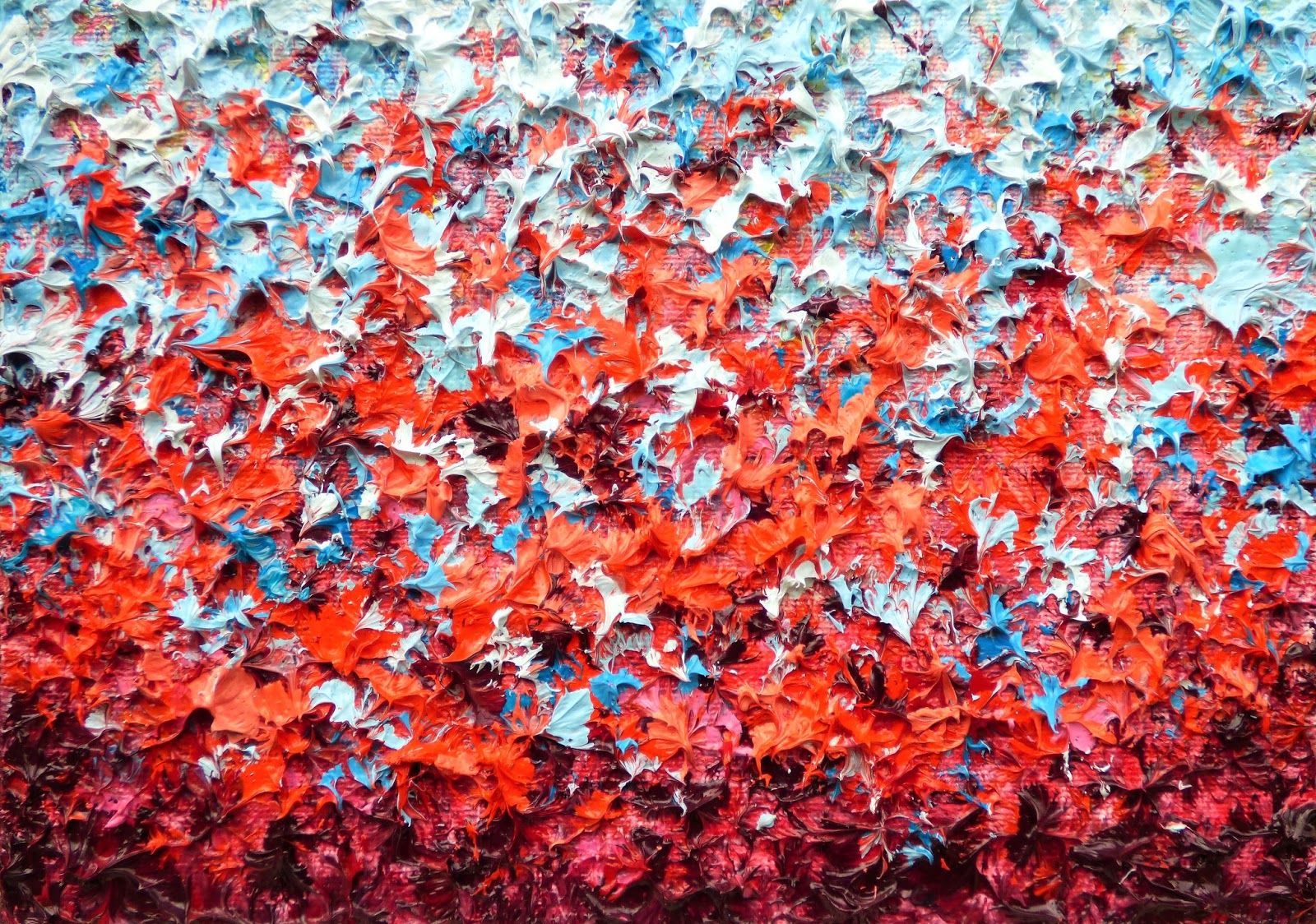 Jesus is… with God in glory

Ephesians 1:15-23 | Luke 24:44-53
Over the weeks of the season of Easter, we’ve been exploring different aspects of the theme “Jesus is…” – in the light of the resurrection, and given that we name ourselves Christians, as followers of the Christ, of Jesus, we’ve essentially asked what Dietrich Bonhoeffer named as the central question of the Christian faith: “Who is Jesus Christ for us today?”
We’ve spoken of Jesus as the truly raised one; the one who conquered death, who returned not just as an inspiring memory or even a spiritual reality, but as someone truly alive once more – more than alive, or perhaps, really alive, in a way that our lives are just an imitation of.
We’ve spoken of Jesus as our advocate, the one who knowing humanity, and knowing us as we truly are, still speaks on our behalf at the very heart of reality.
We’ve spoken of Jesus as the Good Shepherd, the fulfilment of the image that King David painted of God, the one who is with us even in the valley of the darkest shadow.
We’ve spoken of Jesus the true vine, the one upon whom we are totally dependant for life and growth and flourishing, and the one that we, as branches, are in creative partnership with.
And last week we spoke of Jesus as being both Lord and friend; the one to whom we are committed in obedience, because we know that his command is always the command of love.

Today we come to the last of our series, for next week is Pentecost, today is the last Sunday of Easter, ascension Sunday.
I’ve always found the story of the ascension rather odd. As with many of the accounts of Jesus after the resurrection, the imagery used by the gospel writers is a strange mixture of the real and surreal. Jesus, Luke takes pains to tell us, presented himself to his friends as alive, with many convincing proofs – he left them in no doubt that this resurrected Jesus was no illusion, no spirit, no ghost, but a real physical reality: more real than reality, that in him heaven and earth had been brought together, that in him the barrier between God and humanity had been broken down.
But then his mode of departure returns to the surreal. As if the writers were trying to make sense of something that they had witnessed, or heard first hand account of, but which they found no ordinary words could describe.
He withdrew from them and was carried up into heaven. I don’t know if that’s supposed to be a physical description of the process that took place, or an explanation of something inexplicable. Either way, It’s an unusual story. But over the past couple of years, I’ve come to really like it. Not so much to like the story itself; that still reads to me as weird; but what it stands for, what it signifies, what it tells us about our faith, and our hope.

Like most people, I have an instinctive dislike of being labelled. In Church circles, in theological matters, we’re especially good at doing it: we speak of evangelical or liberal, high and low church, traditional, contemporary, sacramental, reformed, creedal, charismatic, progressive, affirming, missional – in fact, we in the Church are probably even worse than politicians at labelling one another.
But to the limited extent that such labels are useful, one that I would be ready to apply to myself, is ‘incarnational’. I think this dates back to an argument I had with a school religious education teacher when I was about ten. We were asked to draw a sort of graph of the year, with the height of the line representing the importance of the season in the Church year. The line we were told to draw had a small bump for Christmas, and then a long climb up to the peak at Easter. And I argued, with that annoying confidence of the ten year old child that I’m now getting payback for from my kids, that that didn’t make sense, that you couldn’t say Easter was more important than Christmas, because without Christmas, and Jesus coming into the world, none of the rest would have even happened.

And of course, that logic doesn’t really hold water. It would be many years before I found the idea that I was reaching for expressed in the words of C.S. Lewis:
the Christian story is precisely the story of one grand miracle, the Christian assertion being that what is beyond all space and time, what is uncreated, eternal, came into nature, into human nature, descended into His own universe, and rose again, bringing nature up with Him.
This is the incarnational faith: that in Jesus Christ God the creator entered into creation; that his life and teaching and miracles proclaimed the arrival of the Kingdom of God, in which heaven and earth would be ever more closely integrated; and that his death and resurrection broke the power of death to separate what his life had joined.
This is why the Christian faith places – or should place – such a high value on creation; it takes the refrain of the creation poem – “and God saw that it was good” seriously; it truly believes that each person, man woman and child, was and is “made in the image of God”, that it is somehow possible that this collection of molecules, this thing of flesh and bone and blood and brain that we call a person can somehow reflect the image of the creator God. That this world is not just a practice run, or a test to see if we can get into heaven, but a part of God’s creation, the creation that Jesus came to reunite with the creator.

And a faith which places the great story of the incarnation at its core also places great value on human relationships. Far from seeing the faith as essentially something between each individual and God, we see in the model of Jesus’ life that the way we treat one another is of the utmost importance. For the reality that we inhabit, the reality that Jesus entered into in the incarnation, is a web of relationships. In becoming human, Jesus became a son, a brother, a friend, a colleague; he became entangled in the lives of others just as we are. For that is what it is to be human.
So it is that the greatest command, to love the Lord your God with all your heart, strength and mind, is immediately echoed by another commandment: to love your neighbour as yourself. That love for God cannot be real, cannot even exist, if it is not also expressed in love for neighbour, those connected to us in the web of creation.
And of course, famously, that web is extended out by Jesus to include not just the neighbour we know, but the stranger, and even the enemy. For if we are to hold to the claim that we are made in the image of God, we cannot deny that same claim to any man or woman alive.
If the great story of the incarnation is true, we dare not deny its meaning to anyone – or anything – in all creation.

And in this story, this one grand miracle, the ascension is the final phrase – he rose again, bringing nature up with him. For as the Christmas story speaks of the divine entering into creation, so the ascension is its mirror; this physical part of creation, this man Jesus, made of the same stuff, the same molecules and chemicals and stuff as us, enters into – and we struggle for words here – into the presence of God. Into what Paul, in his letter to the Christians at Ephesus, calls ‘the heavenly places’.
And not just enters into, but takes a place at God’s right hand, as the head of all things in creation – and most especially, as the head of God’s movement, God’s body, God’s people, the agents of the Kingdom of God to whom Jesus entrusted his message and his mission.

So we come today to the end of this series for Easter, the end of our reflections on hope, with this last word of hope: that though no one has seen God, Jesus, at least in part, we can know. We have the accounts of his life, told by those who knew him and written by those who heard them tell. We have the words of his teaching and the acts of his life to judge him by. And in the ascension we have the assurance that this man, this character, this personality that we can, at least in part, know, is there, with God, at God’s right hand: that this man Jesus does indeed show us what God values, what God wants, what, in part, God is like.
In some sense, God must always be unknowable. But it is reassuring, to say the least, that we know what the one who sits beside God is like. That such hope as we can place in Jesus, we can confidently place in God.
Amen.