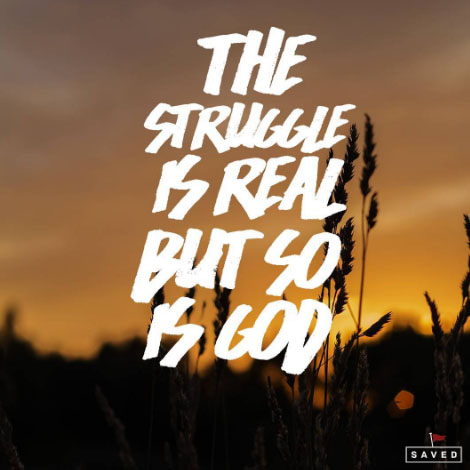 Who are we: engaged in the struggle

Ephesians 6:10-20
So we come to the final chapter of the book of Ephesians, and to this well known piece of imagery, the armour of God.

Now I would really like to be able to assume that we here in Roseville aren’t likely to choose to interpret the imagery of ‘the armour of God’ as an invitation to adopt a militaristic form of Christianity, a validation of the use of military might to impose the will of – or even protect – the ‘so called’ Christian nation. I doubt many things drive me closer to despair than to read that these words, or the reference ‘Ephesians 6:10’ have been found written on the side of military ordinances – bombs, missiles, assault rifles – coming out production facilities – that there are people in our world, people of our faith, who take this text and apply it to weaponry to be used in the ongoing conflict in the Middle East, who see in this text support for the use of war as a way to increase the influence of one ‘Christian’ nation over the world.

I’d like to think that the very next words: “our struggle is not against flesh and blood” would make it clear that Paul did not have that in mind, and if that wasn’t enough, the fact that the gospel is named in the heart of the description of the armour of God as ‘the gospel of peace’ really ought to be do it.

So why did Paul use this military image to describe the Christian life?

On one level, I think the answer is simply that it’s the same reason Jesus used the imagery of sheep and farming and the natural world – familiarity. In the world of Paul’s day there would have been few images more universally recognisable than that of the Roman soldier, the ever present symbol of the authority of Rome, the keeper of law and order, the face of government and control.

For a visual analogy to make sense, it really helps if it is something that you are really familiar with, something you see everyday. Just as Jesus wanted to put an idea into the mind of his listeners, so that each time they saw a shepherd with a flock they were reminded of the guidance of God, so Paul wanted his reader, whenever they saw Roman soldiers patrolling the streets, to be reminded of their call to arms – to truth, righteousness, peace, faith, salvation, prayer.

But it’s not enough for a visual analogy to be familiar; it also has to make some sort of sense, the image has to be fit for the purpose. I’m guessing this is why we don’t have any record of Jesus saying “the Kingdom of God is like animal droppings” – while they would have been very familiar to the people of his day, they wouldn’t have carried quite the right vibe.

So isn’t it a bit odd to choose a Roman soldier as an image of the Christian life?

Quite apart from the very obvious tension between the violence implicit in this military image and the proclamation of the gospel of peace to which we are called, the Roman soldier was a representative of an occupying nation; they represented the imposition of the rule of empire, the conquest of the world by force. Though the peace and stability, the pax romana, was perhaps valued, the Roman occupiers were outsiders, foreigners (for no Roman soldier was permitted to serve in the region that he came from), drawing their strength and authority from Rome, from elsewhere.

Often, in fact, they were the enemy. A strange choice then?

But one thing about Roman soldiers was this: there actually weren’t all that many of them. In a major city the garrison may have held 80 men, with many of those overseeing smaller towns; unless the area was a known trouble spot there would rarely have been more than a couple of dozen soldiers in any one place. They were a tiny number compared to the size of the population around them. But they had the confidence of knowing that they represented something much more powerful, that the whole force of a great empire stood behind them.

And I wonder if this isn’t the reason that Paul chooses them to make his point. He wants the followers of Jesus, a handful of followers in the town or city the lived in, to know that they, like the Roman soldiers, might be a small minority but that they represented a great power.

And he paints an image of the Christian life as a struggle, not against flesh and blood, not against human enemies, certainly not against those whose greatest crime is to follow the teachings of another religion, but

Now as I’ve said before, I honestly don’t have any idea if these forces represent actual personifications of evil – demons, if you like – or a way of understanding or naming the massively complex and powerful structures which seem to have power in our world – and, as I’ve said before, I don’t think that’s the point.

The systems of patriarchy and authority which oppress women and children and protect the institutions and the offenders at the expense of victims do not give up their entrenched power lightly – we’ve seen that in the royal commission, and we’re just starting to see it in #metoo and the increasing awareness of just how common domestic violence is on our society. If you are genuinely engaged in the struggle for gender equality, you know that the language of the fight is not out of place.

Or the entrenched economic powers which keep the majority of the world poor and disempowered in order to protect the privilege of the few, and which treat both environmental assets and government regulation as disposable in the quest for profit – if you are involved in the fight for economic justice for all of God’s people and for all of God’s creation, you know that it is a fight.

Or political powers which would cement their power by demonizing an enemy, even to the point of fighting in the courts to prevent a child getting medical treatment; if you are involved in the struggle to change attitudes and policies towards asylum seekers, you know we are struggling against this present darkness.

Or the desire to share the gospel, the good news – the struggle with which Paul so strongly identifies in the closing words.

We may not like the military imagery – I certainly don’t – but we are kidding ourselves if we believe that the Christian life is not a struggle against evil, this cosmic battle that we are part of.

And so we return to the words with which Paul opens and then closes this section:

Finally, be strong in the Lord and in God’s mighty power

For living as God’s people is a struggle, a battle. But we are backed by the creator God

Sermons
Previous Post
To whom would we go?
Next Post
Who are we: living in the light