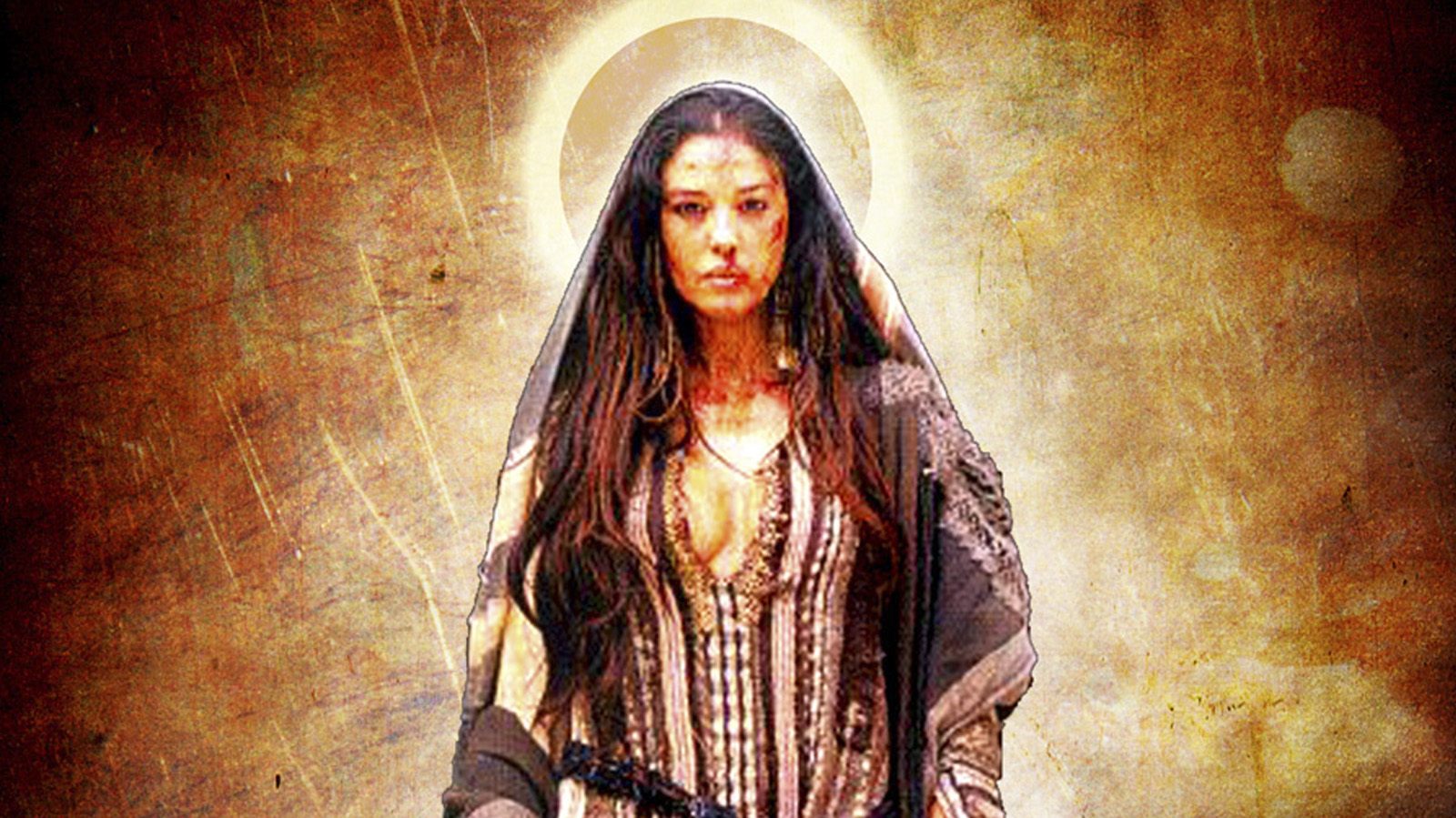 Luke 8:1-3 | Mark 15:33-41 | Mark 16:1-8
So this week, in the second of our “learning from the followers of Jesus” series, we turn to May Magdalene, one of the women who was closest to Jesus, who knew him through his time of ministry, and who, unusually for a woman in the days of Jesus, even gets mentioned by name on multiple occasions – twelve times in the gospels, more than most of the eponymous “twelve disciples”. My High School was even named after her.

But, as is often the case, before we can get to looking at what we can learn from Mary, we need to do a bit of unpicking of some of the mythology that has surrounded her. In particular, it is still frequently asserted that she was the (unnamed in the story) woman who anointed Jesus’ feet and wiped them with oil, a woman who is a generally (and plausibly) identified as a prostitute.

So a whole mythology grew up around the two Marys, contrasting the purity of Mary the mother of Jesus with Mary Magdalene, the repentant prostitute.
The two female archetypes, the virgin and the whore, both followers of Jesus. The fact that this became the default description of these two women for a millennium really has a lot more to say about male attitudes to women than it has to tell us about these two real, historical, and fascinating figures, reduced in the imagination to stereotypes for easy comprehension.

So just to be clear – it is the more or less unanimous verdict of Biblical scholars that there is no basis for the belief that Mary Magdalene was a prostitute, and plenty of reason to believe that she wasn’t.

So what do we know about Mary, the woman who followed Jesus?

I guess for me the really striking thing about Mary is that she is all in as a follower, a disciple, of Jesus. In Luke 8, near the beginning of Jesus’ ministry, we see that she is there, already a feature. As Jesus and the twelve travel through the cities and villages she is one of a group of women who travel with them, a group who are sufficiently important to the mission that some of them even, pretty unusually in the Biblical era, get mentioned by name – Mary, Joanna, Susanna – and we are told that they are providing for Jesus and the twelve “out of their resources”.

So Mary, along with others, is there, travelling with Jesus, providing practical support for his ministry. A woman, perhaps, of some means; a woman who is prepared to put her resources to use, to give in order to enable Jesus’ work to continue.

Unlike Simon Peter, last week, we don’t have a story of Mary being called to become a follower of Jesus. To Simon Peter Jesus gave a specific invitation (almost, indeed, a command) – ‘follow me, and you will be fishing for people’. The genesis of Mary’s discipleship, and that of the other women in the group, lies elsewhere: they are “women who had been cured of evil spirits and infirmities”, and of Mary in particular it is said “from whom seven demons had gone out”.

I’m quite taken by that contrast: Simon hears Jesus preach, hears what he has to say about God, and is then ready to follow Jesus when he is asked. His call was verbal, almost intellectual: there was the miracle of the fish, but you get the sense that that was almost an afterthought, a confirmation of what Simon had already heard, the teaching that had persuaded him that this carpenter was worth listening to.

Mary, on the other hand, gets set free by Jesus, set free from her ‘seven demons’ – whatever we might make of that phrase, the image is clearly of a woman tormented and oppressed and suffering who is saved by the work, the ministry, of Jesus, and in response to that gift, chooses to follow.

Simon hears the words and follows.

Mary receives her healing and follows.

Our stories can start in very different ways.

And, we might note, many heard the words and didn’t choose to follow, many were healed and just went back to their lives. Neither beginning has the promise of commitment, of persistence.

Because, as I alluded to before, it’s that which I find really striking in the story of Mary – she’s really committed to the cause. She’s left the broken life that Jesus has set her free from behind, and she travels with him; she spends her own money to support the mission; she sticks around.
Even when things get dark. Because one of the other things that we know about Mary, and another place where she stands in contrast to Simon Peter, is that she was there at the cross.

She is there at the cross, once again with a group of women, with Mary, Jesus’ mother, and with Salome, and many other women. Women who had followed Jesus in Galilee, who, like Mary, had provided for him, and who, when Jesus set his face towards Jerusalem and the certainty of death, “had come up with him to Jerusalem”.

The twelve disciples might get the column inches, but the most consistent supporters and followers of Jesus are this group of women. They were with him in Galilee, they were with him in Jerusalem, and, unlike the men (except, according to another account, John), they were with him at Golgotha.
They knew the risks of being associated with Jesus just as much as the others – under Roman law women who were identified as part of a rebellion were executed just as the men – but they were there, even if only at a distance.

They knew the risks, and yet, they persisted.

And persisted, then, even through Jesus’ death. For on the Sunday morning it was the same three women, Mary, Mary and Salome who went to the tomb. Even though they didn’t think that they would be able to reach the body of Jesus – They had been saying to one another, ‘Who will roll away the stone’ – they still went. When everyone else was still in hiding, still in grief, still in shock, they went to show their love and respect for Jesus in the only way that was left to them, to anoint his body in the rituals and practices of their tradition.

Even beyond his death, and in the expectation of failure, Mary and the others persisted.

And they were the first to know that he was alive.

So what are we to learn from Mary Magdalene?

But there is something else that I noticed about Mary as I was reading the various times she gets mentioned in the gospels. And that’s this: it’s never just Mary.

She’s always named, but never alone. In Galilee it was Mary, Joanna and Suzanna; in Jerusalem, Mary, Mary and Salome. Never just Mary. A few women named, and others, unnamed.

It seems that Mary was not just a persistent disciple, but that she was also part of a group, a community, of followers. And from the way that she is the one woman consistently identified as being there, we might imagine that she was a prominent figure in that group; perhaps that she gathered others; that she was – by virtue of her persistence – a sort of figurehead, a leader, at least amongst the women.

So Mary offers us two insights into what it means to be a follower, a disciple, of Jesus. She gives us the example of persistence – that once freed, once saved by the grace of God, she never stops; she gives of her resources, but more, she gives herself in persistent service – even when it moves her beyond her comfort zone, even when it places her in danger, even when tragedy breaks the community into frightened fragments – she plugs on, never forgetting that amazing gift of freedom that Jesus first gave to her.

As is so often the case, in Biblical accounts, in historical narrative, in modern media: spectacular solo leaders might get the headlines, but the ones who really make the difference are the ones who never give up, and never go alone.