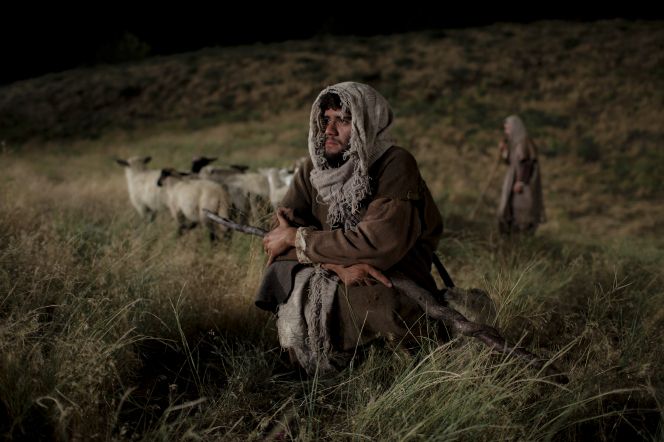 Luke 2:8-20
A man who has one watch knows what the time is. A man with two watches is never sure.

One of the greatest strengths of the New Testament telling of the life and teaching of Jesus, and at the same time, one of the biggest sources of confusion, is that we have four gospels. Four writers, each of whom drew on different traditions and sources, and on each other, each of whom wrote for a different audience and (especially in the case of John) at a different time, and each of whom had particular perspectives and facets of the life of Jesus that they wanted to communicate – different agendas motivating the way they told the story.

The existence of four different tellings of the central story of our faith gives that faith just enough room to flex, to move, to adapt. Each of us, with our different perspectives, insights, life experience, prejudices, politics, and the rest will find, as it were, a theological friend in one of the gospel writers; someone who sees the world a little bit like we do. And, if we are honest enough, we will also find, in the other gospels, a theological challenge, insights from those who see the world very differently from us.

If nothing else, the fact that we recognise four gospel tellings in our canon ought to discourage us from thinking that there is every likely to be one, simple, clear answer to anything. As Tozer put it: the truth is not found in “it is written” but in “it is written; and it is also written”. It is in our struggles between perspectives, not in any one, that we are most likely to find truth.

The man with one watch may be sure he knows the time. But the man with two is aware of uncertainty. If he is wise, less arrogant, less likely to insist that his time is right, and someone else’s is wrong…

And the place where the different emphases of the four gospels is perhaps most evident is in their tellings of the birth of Jesus. We have Mark, most likely writing first, with his emphasis on Jesus as the one who radically redefined the idea of Messiah; as the one who suffered, who kept his identity a secret – Mark has nothing about the birth of Jesus at all. No angels, no stars, no magi, no shepherds, no donkey.

And then there’s John – writing later – John, the theologian, who gives us the amazing poetry of the light shining in the darkness, the word became flesh: but no details.

And Matthew. Matthew is a Jewish man of his age – he tells us of the angel Gabriel appearing to Joseph, not to Mary. Matthew represents everything Judaism was supposed to be – for him, Jesus is the ultimate Jew, the Messiah, the light to the nations. He gives us the story of the Magi, the wise ones from foreign lands who came to Jerusalem, and then heard the words of the prophets redirecting them to Bethlehem.

But today’s gospel reading comes from Luke. Luke, for whom Jesus is not so much fulfilling and re-establishing an old order, as totally turning the order of things upside down. Luke, who gives us the magnificat, and who instead of gold from foreign dignitries, welcomes Jesus to the world with shepherds – peasant servants for hire, the riff raff of the day.

But what Matthew, Luke and John – and, at least by implication, Mark, had in common was this: this event, this birth, this child, would change everything. Matthew might speak of him as the fulfilment of Judaism, Mark as the servant messiah, Luke as the peaceful revolutionary and John and the light and the word, but those are just four of the many facets of the mystery, the miracle of the incarnation.

So what is the facet that Luke illuminates for us in the story of the shepherds? Part of the answer, of course, lies in the very fact that they are shepherds. To be a shepherd in Israel around the time of Jesus’ birth was not to be a member of an honourable profession. You might have thought that in a nation whose greatest king had been a shepherd boy before he was chosen to rule, shepherds would have a certain level of respect, that while they might not be wealthy or educated, they would at least be well thought of.

But in fact, quite the opposite was true. There was a widely held prejudice, perhaps with some justification, that identified shepherds as criminals, just a step above the tax collectors. They were the ones out and about at night, so if anything went missing, they were the easy ones to blame. A rabbi of the age described them thus: “most of the time they are dishonest and thieving; they lead their herds onto other people’s land and pilfer the produce of the land.”. A religious commentary of the day said “There is no more disreputable occupation than that of a shepherd”, and the Jewish philosopher Philo said, of looking after sheep and goats, “Such pursuits are held mean and inglorious”.

So take all those images of the poor but honest worker from your mind. While of course many shepherds may have been just that, their status in society was not unlike that of the Romany, the gypsies, in Europe.

And it is of course fully in keeping with Luke’s telling of the story of Jesus – from Mary’s song of revolution to the meals shared with sinners and tax collectors – that the first to hear of the birth of Jesus were those viewed by society as criminal and outcast.

And it is to these that the angels bring the news, describing the one who has been born with three powerful and loaded words…. born a saviour, the messiah, the Lord.

A saviour. Now there’s a word that we have laden down with so much spiritual meaning that we find it hard to hear it fresh. It’s not a special word, not a religious word. It meant exactly what it says on the box – someone who will save you. No ‘from your sins’, no ‘from hell’. Just ‘one who will save you’. To someone living on the edges of society, surely to be told ‘you will be saved’ would have had far more of a political sound than a religious one.

In fact, of course, the angels didn’t say what Jesus came to save them from. Perhaps that’s because the answer would not be the same for any two people. Perhaps because what he would save you from would depend on what you needed to be saved from.

Messiah, or Christ, on the other hand, that’s a religious word. The one annointed, annointed by God. Set apart by God for a special purpose; and in particular, for religious and political leadership. Kings were annointed, as were priests; the annointed one would be both.

And more even than that, more than saviour, annointed priest and king, the one who was born as the lord. Now that word, kyrios, lord, can have a very human meaning – the master, the boss. But it is the very same word that the shepherds use when they say “Let us go now to Bethlehem and see this thing that has taken place, which the Lord has made known to us”. The baby born, and the God who made the birth known to them through God’s messengers, the angels, are named with the same title, kyrios, Lord.

The whole of the gospel is here in these few verses. The birth is announced to the outcasts, with the promise that he will save them from whatever they need saving from, that he will be their king and their priest, for he is their God. No wonder “the shepherds returned, glorifying and praising God for all they had heard and seen, as it had been told them.”