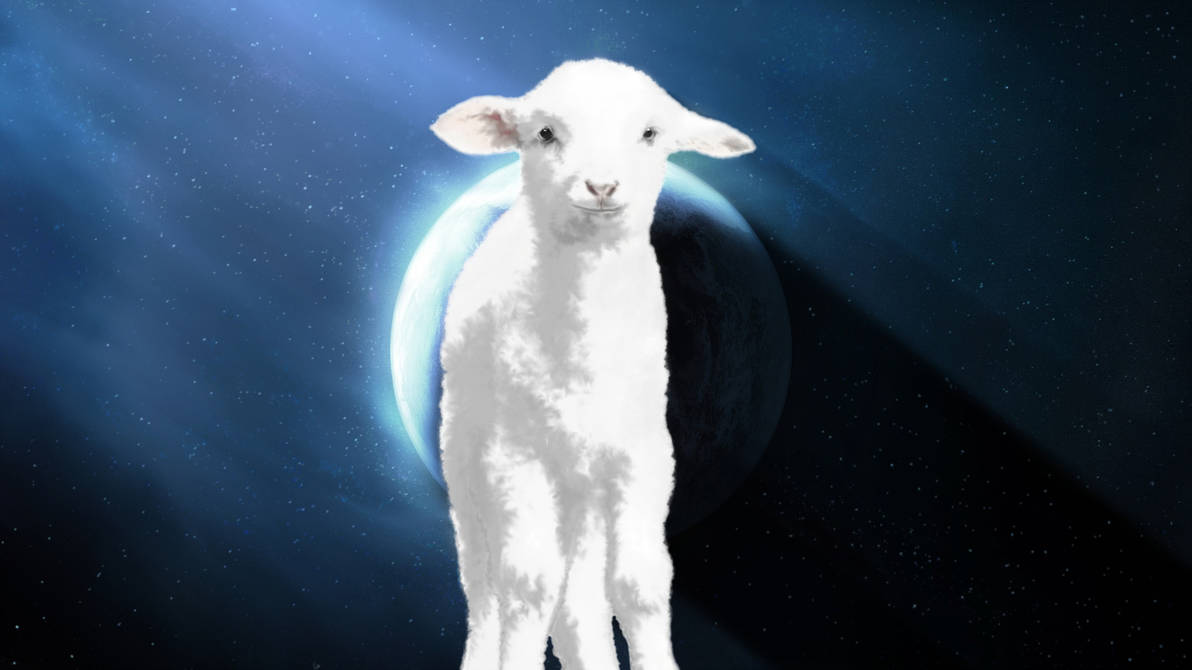 Hope in the Risen Lord

So here we come to the heart of the matter. The basis upon which we find our hope lies here at the very centre of all things, in the throne room of God.

The angels, the living creatures, the elders – all those aspects of creation that we reflected on last week – are gathered around the throne – myriads and myriads of voices joined together in praise.

They were singing praise in last week’s reading, too, praise to the one on the throne, the Holy one who was and is and is to come (a very Hebrew way of referring to God, reflecting the name that God gave to Moses: “I am” (which, given the Hebrew fun and games with tenses, also means “I was” and “I will be”)). But now their attention turns to another figure, another worthy to receive the same power and wealth and wisdom and might and honour and glory and blessing”.

Their praise turns to “the Lamb that was slaughtered”.

Now I’m thinking that if you or I had to come up with a name, a designation, by which to refer to Jesus, “the Lamb who was slaughtered” wouldn’t immediately leap to the front of the mind.

Emmanuel, God with us.

The man who was God.

The Messiah, the Christ.

The Lamb who was slaughtered? Sure, we immediately know who it is talking about, but it’s far from the first description we would choose.

But here in John’s vision this is the way that the heavenly throne room worships Jesus. As if to say “this, this here, this is the reason for our worship. That he is the one who was slaughtered”.

But of course, this is not praise for a fallen hero; this is not the posthumous award of honours for courage, for gallantry, even in the face of mortal danger.

This praise is for the one who was slaughtered, and yet is standing amongst them.

So why the focus on the slaughter here? Why in the praise in heaven is that the facet chosen from the myriads that make up Jesus to be singled out in this hymn of honour?

To be honest, the author doesn’t tell us. And so your mileage might vary, but for me it comes down to this: the praise in heaven is declaring Jesus to be worthy of power and wealth and wisdom and might and honour and glory and blessing.

But those worshipping aren’t saying “he is mighty, he is wealthy, he is glorious”.

They are that he is worthy of all of those things.

That he doesn’t just have them: he deserves them.

And that isn’t a declaration about his power so much as it is about his character.

Because when love asked his life of him, he gave it up.

The one who was willing to be slain because it was the only way that love could work its miracle. “Greater love has no-one,” he said, “than to lay down ones life for ones friends”: and then he demonstrated that greatest love.

Worthy, indeed, is the lamb who was willing to be slain. Not because he was powerful, but because he loved.

And it’s that love we see in the appearances of the risen Jesus, and most famously, perhaps, in the interaction between him and Peter, on the beach, after breakfast.

In Dante’s inferno, the very lowest level of the deepest pit of hell is reserved for those who have betrayed their friends – Dante places Judas there, with Brutus and Cassius. To be persecuted by an enemy is bad enough; but the greatest of hurts is that done by the betrayal of a friend.

And that is exactly what Peter has done to Jesus. “You will betray me three times,” Jesus told him, and that’s exactly what he did.

And I’m just thinking – if someone betrays you, and you go through a terrible experience alone because of it, and you come out the other side and see them again – what is the natural human response? I’m thinking cook them breakfast and reassure them of your love probably isn’t it.

But that’s what Jesus does for Peter. That’s the character of the risen Jesus, of the one who was slain.

Worthy, indeed, to receive honour, glory, power and the rest.

But then, something else happens.

Maybe you remember from last week, that there was something missing in the praise of God in the throne room – the elders, the spirits, the living creatures were there.

But look again at the next words:

Then I heard every creature in heaven and on earth and under the earth and in the sea, and all that is in them, singing

Those in the throne room of heaven have declared Jesus to be worthy of praise, and that praise is picked up by all of creation; heaven, earth, and for the first time, those under the earth, and those in the sea.

Genesis speaks of the waters as something out of which God brings order in the poem of creation – the sea, to the Hebrew mind speaks of the chaos from before creation, almost as if the ocean is the stuff God didn’t use, the bits leftover from creation, the chaos that God didn’t give shape to.

That’s why we’ll find an almost throw-away line at the end of Revelation, speaking of the new heaven and the new earth “and there was no more sea”. In the created completion the work will be finished, the place of uncreated chaos will be no more.

And under the earth – sheol, the place of the dead, the fallen, the forces of evil.

But here, even those under the earth, and even those of oceans, all join together. The elders, the spirits, the living creatures have declared that Jesus is worthy of all honour and praise, and that declaration is so powerful, so evidently true, that all join in offering that praise:

At the name of Jesus, the old hymn has it, every knee shall bow, every tongue confess him, king of glory now.

Looking for hope? Here it is.

Every voice in all of creation, joined in praise for the one who loved us and so gave up everything, even life itself, for us.

Every voice united in offering praise to the risen Jesus.

And the four living creatures said, ‘Amen!’ And the elders fell down and worshipped.

Because, really, what else could they do?