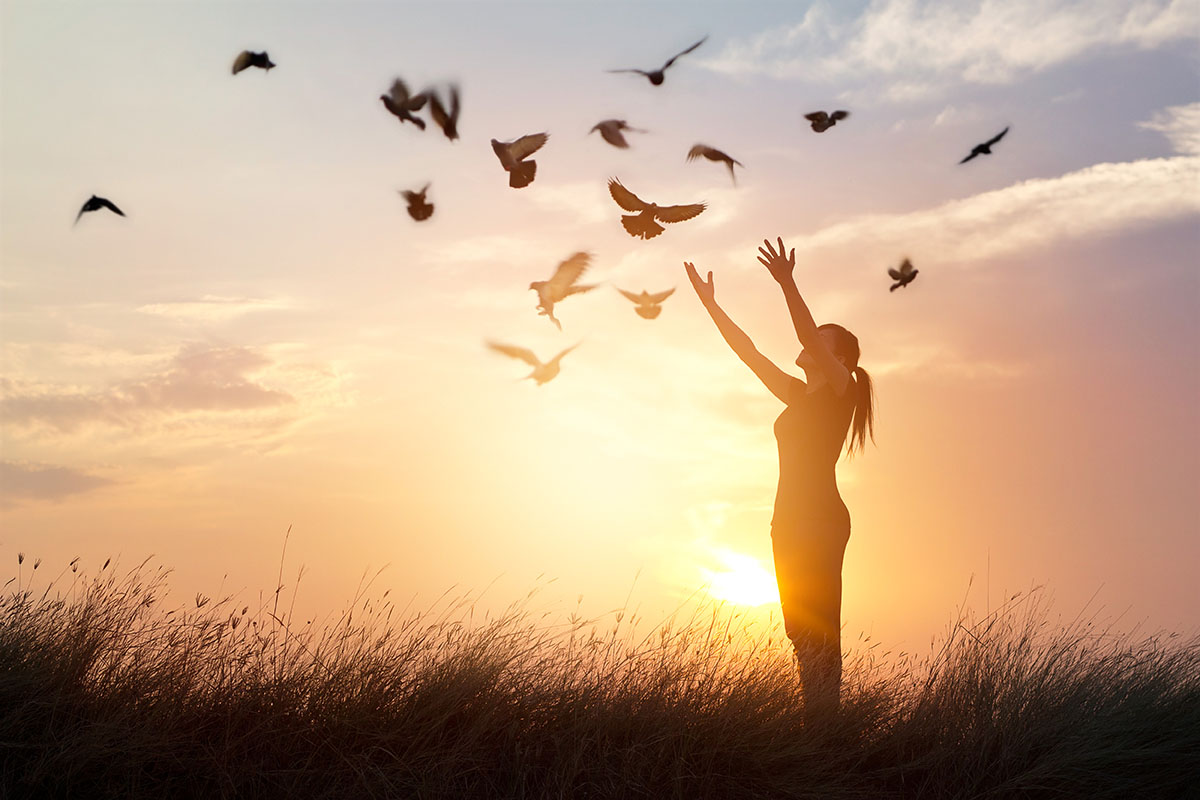 The Freedom of the Spirit

One of the great temptations for the preacher, I believe, is to always choose to preach on the bits of the Bible that you are most comfortable with, that you find clearly and easily conforming to the overall narrative of the scriptures as you understand it.

And that’s not entirely a bad thing; without some sort of organising principle in your mind its easy for the Bible to become a mish-mash of 66 books, a thousand pages of stories and vignettes and sayings taking you in a thousand different directions.

There is a principle in hermeneutics, the study of how we approach, and understand, and take meaning from a text, called ‘the hermeneutic cycle’, which says that you read each part of the Bible in the light of your understanding of the whole, but at the same time you allow your understanding of the whole to be refined and challenged and renewed by each part, lest you get stuck in a cycle of confirmation bias in which you only find in the Bible what you already expect to be there.

Our reading from Galatians 3 presents me very much with this temptation. Those verses towards the end of our reading: “There is no longer Jew or Greek, there is no longer slave or free, there is no longer male and female; for all of you are one in Christ Jesus”, are amongst the clearest declarations of what, for me, is one of the central themes of the scriptures, and in particular of the ministry of Jesus and the good news of the Kingdom of God – the radical inclusion, acceptance, and value placed on all people, regardless of race, gender, status, nationality – an inclusion shown in the life of Jesus and lived out in the early Church. For Paul, who in a number of places in his letters writes words that, at best, betray his privileged comfort with a Patriarchal social structure, these words appear as a glorious breaking through of a deeper, more profound truth: that in Christ Jesus, we have all been made one.

So it’s very tempting to stay with those words. But to do so is to miss the fact that these words of inclusion and equality are the outworking of an even more important principle, the role of the law in a time of faith.

In the opening verses that we heard, Paul uses two images to describe the functioning of the law, images which set up his contrast to the life, the reality, the Christian experience, of faith.

The first image is in the first verse: before faith we were imprisoned and guarded. The law – the set of rules and regulations that in turn determined behaviours and practices, ways of life that were consistent with being one of the people of God, one of the community of Yahweh, kept the people under lock and key, kept them constrained, held in captivity.

But the image isn’t quite as negative as that makes it sound. The sense of the word ‘guard’ here isn’t that of a prison guard – one who looks inwards, ensuring that the prisoner doesn’t escape, but that of the city guard, protecting those within from danger.

So the law kept the people of God constrained, imprisoned, but in the way that a city wall kept the people constrained. The law created a place of safety by imposing constraints, like a fence around a playground keeps the children safe by keeping them contained.

And this image, this description of the law, was one that Jewish thinkers of Jesus’ day (such as Paul!) were very comfortable with. The law, by describing a way of living that was consistent with the character of God, gave the people security and safety – at the expense of freedom. Indeed, the teachers of the law would even speak of creating fences within the law – stricter rules than the law itself, so that if you strayed a little beyond the fence, you might still be within the wall.

But then Paul offers another description of the law: that of the disciplinarian. Again, the word isn’t quite as negative as it sounds – the word is sometimes used of a tutor, an instructor, a schoolmaster, even. Not, of course, that Paul had in mind the modern educator, focussed on creatively developing the unique individual that is each child; nor is he making reference to his own style of education, the disciple learning at the feet of the master, the Rabbi; the image he uses instead is that of the Roman paedagogus – the (often well educated) slave who had the responsibility of escorting children to school and supervising their education.

The law, Paul suggests kept us safe by keeping us constrained; and the law took responsibility for our education, took us to the places we needed to go in order to learn.

But that was before faith came.

Which is not, of course, to say that those who lived according to the law – or those who still do today – lived lives without faith. But the faith that Paul is speaking of (and haws actually been banging on about through the whole of the book of Galatians, for which this really is the central theme) is something more particular: faith in the freedom gifted to us by God through the work of Jesus Christ.

You see, Paul knew all about the hard work of living according to the law. He had been a master of the rules and regulations, of every detail you had to know and follow in order to live a life pleasing to God. And then in Jesus he had discovered faith – faith not in conformance to rules, but in the grace of God, in the guidance of the Spirit, in the law of love.

Before we encountered Jesus, he says, we are like children – required to follow the rules, in need of protection from ourselves, from our desires, our tendency to wander off and get into trouble.

But in Jesus we have come of age. Now we are children of God – or better, heirs of God – by faith – we have put on the clothing of Christ himself.

The heir is no longer subject to the rules and restrictions that bound them as a child. Not because those rules no longer have meaning, but because they have played their part. Just as those of us with children would hope that as they grow they learn, not to blindly follow the rules that we set for them, but to grow to understand what lies beyond those rules, to learn to live by their own sense of right and wrong.

In the same way, Paul argues, the follower of Jesus has the indwelling of the Spirit – so whereas under the law we needed its guidance to help us to make right decisions, good choices, now we no longer need a slave to take us to our lessons and make sure we pay attention.

Now we have the freedom of the Spirit, the freedom of faith. And from that, to bring us back to the start of my sermon and the end of the passage, Paul is able to declare that there is now no Jews or Greek, Male or Female, Slave or Free.

Once God’s people were imprisoned by the law. The law which did exclude, which did declare things to be clean and unclean, which did subject women to their husbands, children to their parents, slaves to their masters, the poor to the rich. The law which protected and educated the people, but at the cost of so much of the freedom for which they were originally created.

Right back at the start of the creation poem, in the story of the garden, there is great freedom. “Do anything, eat from any of the trees, save one”. Humanity was created not to live under lock and key, not to live according to rigid externally imposed standards and rules and regulations, but to live out the spectacular and varied creativity of God.

In Christ, and in the sending of the Spirit, our freedom is restored. Freedom to live according the heart and the fulfilment of the law – love the Lord your God and love your sisters and brothers.

Paul berates the Galatian Church for fleeing back to the prison of rules and regulation – “You foolish Galatians,” he cries, “who has bewitched you?”. Throughout history parts of the Church have had a tendency to elevate particular rules to the status of law – whether you are circumcised, what foods you eat, how you celebrate baptism, how you speak about the trinity, which side of the war you fight on, whether you drink or dance, what version of the Bible you use, how you understand the death of Jesus, how you vote, how you express your gender and sexuality.

“You foolish Christians,” I suspect Paul would ask us, “why are you fleeing back the prison of the law, the childish need for rules and conformity. It is for freedom that Christ has set us free. The Spirit you have received is the Spirit of freedom. and love is the fulfilling of the law.”