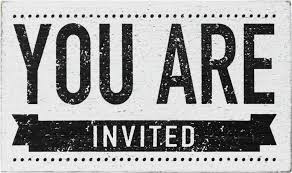 The invitation is God’s

Hosea, along with the so-called minor prophets, is probably one of the less frequently explored books of the Bible. And that’s probably understandable – the minor prophets do have their odd characteristics, their strange characters speaking to situations which are very different from our, frequently using imagery which is very alien.

But tucked away amongst these writings are hidden gems like the one that we heard read today, this fascinating portrayal of the character of God, as God speaks through the prophet to the people, lamenting the way that they have turned their backs upon God and God’s way.

It starts off, like many of the prophets do, with that sort of stereotypical parenting complaint: “after all I’ve done for you, and this is how you repay me!”. “I called Israel my son, I brought them out of Egypt, I led them with kindness. But the more I called, the more they turned their backs on me. The more I called to them, the more they chose to follow the Baals, the Gods of the Canaanite people.

And then, as is also the common pattern in the prophets, the words of disappointment turn to those of anger, of punishment. “They will go back to Egypt. The Assyrians can rule over them once more.” The two great salvations of God, in the Hebrew tradition – the exodus, and the return from exile in Assyria – would be reversed, undone. “Since they refuse to return to me”. So violence will consume their cities, devour their ‘oracle-priests’ (an indication there, of just how deep the corruption of the faith had gone, that the priests of God could not be distinguished from those who cast oracles in the traditions of Baal). They are bent on turning away from me, even though they call on my name it means nothing.

God’s justified anger at the people for their intransigence; the promise of punishment for those who refuse to return to living the ‘right’ way, those who persist in following sinful lifestyles – that’s an aspect of the scriptures that we seem to have heard a lot about in the past few weeks and months, an aspect of the scriptures which often seems to manage to dominate public discussion of Christianity, to define the public perception of Christians.

But then Hosea says something remarkable. Having spoken God’s disappointment, God’s justifiable anger at the way the people keep on turning their backs on God, having declared “they can go back into exile, back into slavery”, there is an abrupt turn to God’s words.

How can I hand you over?

God, having named Israel’s sin, having named their intransigence, having declared their just punishment, cannot bear the thought of going through with it.

Now I don’t know how prophecy works, how the prophet hears and speaks or writes the words of God. I doubt that we are supposed to understand in this writing a vacillation on the part of God. All our knowledge of God is through the lens of human understanding – how it be otherwise? – and so the prophet speaks the message in a way that is, in this case, so very human: of anger and disappointment and the desire to punish overcome by the deeper, richer, more fundamental truth of love.

My compassion grows warm and tender.

I will not execute my fierce anger.

And then, in explanation of God’s decision, we hear something more remarkable yet:

I am God and no mortal, the holy one in your midst, and I will not come in wrath

God’s reason for this change of mind, this refusal to punish, this offering of another way, is this “for I am God, not mortal”.

God’s anger is real, and fierce; but God will not act upon it. For that is the way of mortals, that is the way of humanity. Our response to being hurt, to being pushed away, to being rejected, to being wronged, our response is to get angry and then in our anger to lash out, to retaliate, to take entirely justified punitive action against those who have wronged us.

But I won’t do that, says God. For I am God. That is not my way. I don’t think it’s a stretch to say that the portrayal of God as punishing the people in anger in the scriptures has more to do with human projection of emotions onto God than it has to do with the true character of God. “For I am God, not mortal, I will not come in wrath.”

We’ve taken this reading to kick off our series on ‘the invitation’, riffing off our new mission plan of becoming an ‘invitational church’, a Church which actively shares the love and welcome of Jesus Christ, because it paints a clear picture of the most important thing we need to know about this invitation: that it begins in God, in the character of God.

And that’s the message we hear in the words of Jesus, in our gospel reading. We’re most used to hearing these words in the telling in Matthew’s gospel – as we just sang, “seek first the kingdom of God and all these things will be added to you”.

Luke records the words too, although he adds some energy to them: “strive for the kingdom”, he writes, but then he adds a PS that Matthew does not have for us:

Do not be afraid, for it is your Father’s good pleasure to give you the kingdom.

We have an invitation for the world; we have the love and welcome of Jesus Christ to share, because this is the character of God. Because God, despite the image portrayed too often by the Church, despite the popular conception in modern society, is not defined by anger, by a need to punish us for our shortcomings.

No, the God that we invite others to come to know is the God whose heart recoils from violence, whose compassion will not allow revenge. The God who longs for all people to be reconciled, and whose good pleasure is to give the Kingdom to all who seek it.

Over the next few weeks we’re going to be exploring just what it is that we have received, and that we have to offer to the world. But for now, let’s simply remember that this is the invitation we share: an invitation to receive what our God has to give. Not to escape God’s wrath, but to enjoy the fullness of God’s life.