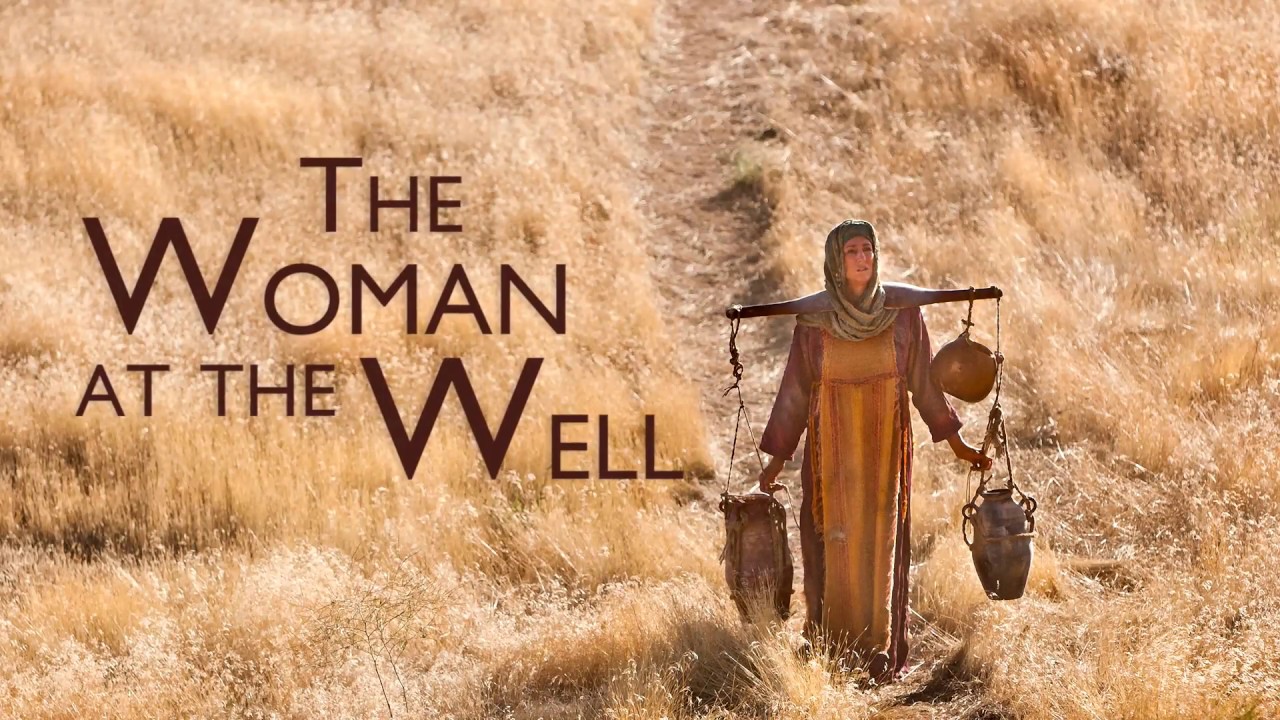 Encounters with Jesus… The Woman at the Well

As we travel through the weeks of Lent, we’re taking the time to look at a series of encounters between Jesus and different people who came across his path.

Last week we had the story of Jesus and Nicodemus; today, the Samaritan woman at the well. Two stories that are placed almost next to one another, and yet, in many ways, couldn’t be more different.

Nicodemus sought Jesus out. Despite the risk to his reputation – a respectable, educated, senior Pharisee – a member of the Temple council (which, in passing, was a rather significant achievement for a Pharisee at the time, given the dominance the Sadducees held in the Temple) – wanting to hear what an uneducated peasant preacher had to say, he went to find him, at night, so drawn by what he had seen and heard in public that he needed to know more.

The Samaritan woman, on the other hand, doesn’t even seem to have heard of Jesus. And indeed, why would she? His ministry to this point had been in Jerusalem and in Galilee, and while Samaria lay between the two regions, there was next to no contact between the people of Samaria and the people of the Jewish capital or the provinces.

And the first thing that we have to notice about this encounter is that in this conversation Jesus crosses all sorts of social barriers, breaks all sorts of social conventions. He breaks all the rules. Even his own disciples, the ones who had been travelling with him, learning from him, were astonished that he, a Jewish man, on his own, talks to a Samaritan, a woman, and (as the conversation unfolds) an unmarried woman. It’s hard to overstate just what a radical act it was even for the conversation to take place.

But in a strange sense, for us that’s the easy, unchallenging part of the story. We have, for the most part, accepted this truth; we, at least in theory, don’t look down on mixing between the sexes, between nationalities, between denominations or religions. We can look at Jesus breaking down the social barriers of his day and we can applaud with the slightly smug attitude of those who know better.

But I wonder if we, watching Jesus rejecting the social mores of the day to reach out to another human being, miss something else in the encounter. That this conversation starts, for Jesus, from a place of weakness.

The contrast with the Nicodemus story is stark: Nicodemus, though a powerful man, comes to Jesus as student to teacher, or at least as Rabbi to Rabbi, asking his questions. It is, more-or-less, at least, a meeting of equals.

But in his encounter with the Samaritan woman at the well, Jesus is tired, alone, thirsty, and lacking even the bucket needed to draw water from the well.

Perhaps it is this very weakness that makes the encounter possible at all – everything about this woman would have made it impossible for her to approach Jesus, but his need, and, more, his willingness to ask her for help breaks through those barriers.

I’ve talked before about the dangers for the Church of being a place where everyone has – or feels that they ought to – their act together, a place where we would not feel comfortable admitting that we are, in fact, in need: admitting what, deep down, we all know, that none of us actually has it all together. But here we see it even more starkly: Jesus’ weakness and need, willingly admitted, as an evangelistic tool!

We might wonder for a moment how real Jesus’ need actually was. Given his well attested record of miracles, was the lack of a bucket going to stop him from getting the water that he needed in order to quench his thirst? Perhaps Jesus’ need was no more than a façade, a convenient conversation starter.

Except… can you ever think of an example of Jesus using his divine power to meet his own human needs? Two weeks ago that was one of the temptations – turn these stones into bread to satisfy your hunger – but Jesus would not.

Not that it ought to surprise us, if we stop to think: the whole story of the Gospel is the story of God becoming weak, becoming one of us. And what would humanity mean if every need he had, he could meet as if by magic?

No, Jesus’ humanity was more real than that; in here, in this story, we see an echo of the incarnation: Jesus, God become man, allows the frailty of his humanity to be seen by another, and from there, the conversation can begin.

And the difference between Nicodemus, and the Woman of Samaria, the difference in their status, and in their power, pervades the whole of the conversation each has with Jesus. In conversation with Nicodemus, Jesus speaks of the uncontainability of the Spirit of God – the wind blows where it pleases, you cannot tell where it comes from, or where it is going. Nicodemus is a scholar of the law, a man whose system of faith is one of knowing God’s commands and obeying them, and Jesus’ description of God challenges that sense of knowledge, and the sense of control that comes from knowledge and understanding.

But the imagery of God that Jesus uses with the woman at the well is quite different. It carries with it a similar sense of mystery, but instead of the invisible power of the wind, Jesus alludes to the refreshing, thirst quenching power of water. Where Nicodemus is challenged to rethink his sense of the power and unboxability of God, the Samaritan woman is challenged to recognise that there is more to life than food and drink. For each of them, the thing that is most important to them – for Nicodemus, understanding, for the unnamed woman, the practical need for water and the drudgery of fetching it – is the point at which Jesus introduces a new understanding of God.

And one more difference: to Nicodemus, a man of authority, used to telling people what they needed to do, Jesus gives a direction: “you must be born again”. A man of power, Jesus challenges him to accept his limits, to submit to God.

But to the Samaritan woman, Jesus, from his place of need, offers a gift: “if you asked, I would have given you living water”.

For Nicodemus leaves silently, returns to his day job. Later he will speak up for Jesus in the council: later still, he will go with Joseph of Arimathea to help bury Jesus’ body. Probably he joined the early Church; so tradition, at least, would say. But at the time, he remains silent. Thinking, perhaps. Waiting. Watching. The wind blows Nicodemus along, unseen, taking him with it.

But the woman of Samaria cannot contain herself. She runs and tells everyone about the conversation: “could this man be the Messiah?” – for the Samaritans, too, were waiting for one to come to save the people of God – and, through her words, others come to hear, and through her introduction, many come to believe. The water Jesus spoke of does indeed well up inside her, overflowing to those around.

Really, the only thing these two encounters have in common is that someone meets Jesus, and nothing is ever the same again. All the details are different. There isn’t a pattern that can be seen and followed, emulated. There isn’t a mould. Jesus took two individuals and showed them what it might mean for them to belong to God.

We love methods, structures, curriculums: two ways to live, four spiritual laws, creeds and doctrine and exegetical paradigms; and all that has a place of value. But the heart of our faith lies in an encounter with the living God. And what that looks like for you, for me, for each one here and not here is unpredictable, unrepeatable, unique. Perhaps we sought Jesus out, by day or by night, like Nicodemus; perhaps it was a chance encounter, like the woman at the well, perhaps he walked by and called us, as with the first disciples.

And as we reflect on what it means for us as a congregation to be an invitational Church, we would do well to learn that same lesson. That each individual’s encounter Jesus is as unique as they are; that there is no normative pattern that needs to be followed; that at the heart of Jesus’ way is meeting each person where they, as the person they are, and where we are, as the person we are, and starting the conversation there.