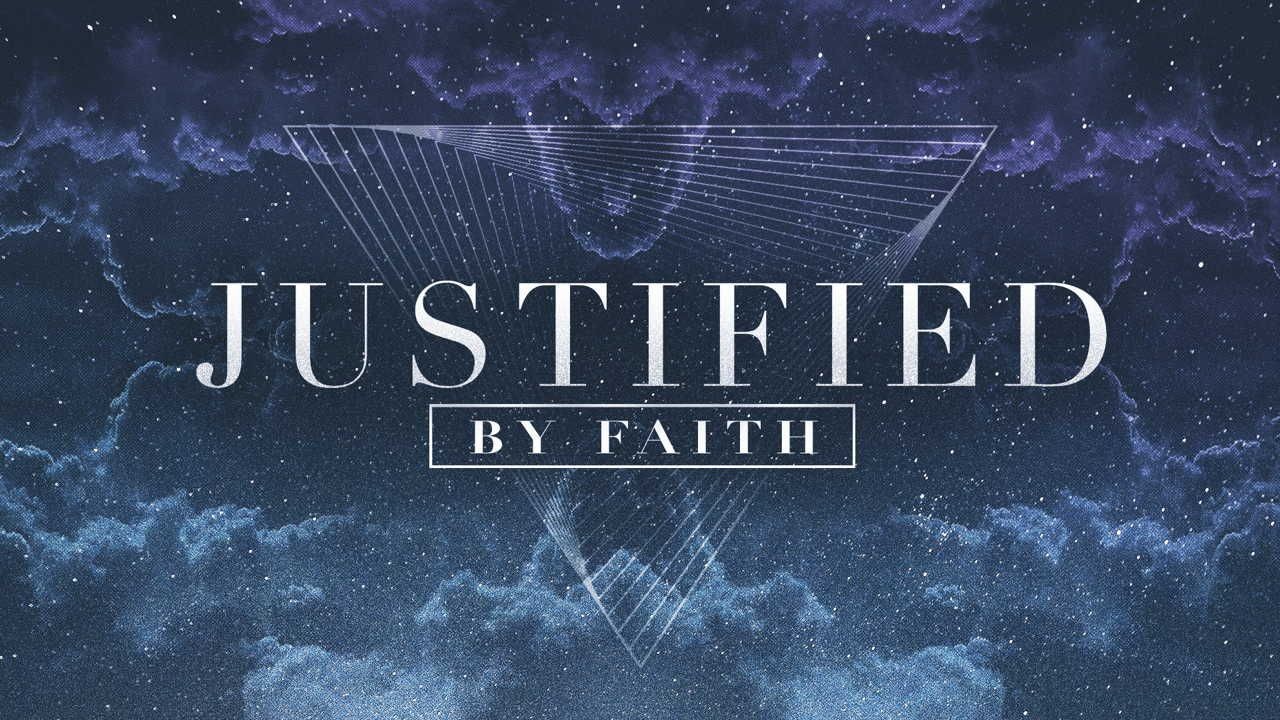 We are… Justified by Faith

Last week, when I spoke about the Trinity, I suggested that the doctrine of the Trinity was not so much a set of formal propositions, a formulation to be learned and believed and recited, as it was an attempt to describe the indescribable, to put into words the experience of the people of God: that they encounter God – the one God, who is all in all – in many different ways: that the God who those first followers of Jesus worshipped in the Temple and the Synagogue as creator of the whole universe, and as the God of the people of Israel, was also the God spoken of in the language of the Spirit, the ruach, the dynamic divine energy experienced by the people through history and then most dramatically at Pentecost; and was also the God that had been revealed to them in human form in the person of Jesus Christ; that each of these was a true encounter with the fulness of God, but that when you come to speak of the nature of God, language lets you down, and all descriptions are partial, tentative, analogies.

And as we come over the next few weeks to look at the book of Romans, we’re going to encounter that same problem (if, that is, it is a problem), that same limitation of human language, indeed of human understanding, but here not as we try to describe God, but as we seek to speak of salvation.

And I really think that this is something important to hold in mind as we read this incredible letter. For one central thing that Paul was trying to do in the letter the Church in Rome was to explain to them just what it was that Jesus Christ had done: they had encountered with God in the words of Jesus retold, and in the experience of the power of the Spirit, and Paul was seeking to make sense of that encounter, to explain what it actually meant to say that Christ had saved them.

When I’ve spoken on the book of Romans in the past I’ve said that it’s really important to realise that Paul is only outlining one way of understanding the work of salvation in the letter – but as I’ve come back to it in these past weeks I’ve realised that even within the book of Romans Paul uses a variety of images, descriptions, analogies, for what it is that Jesus has done for us. And just as with the language of the Trinity, I believe that trying to nail them down, trying to get a single, consistent and complete doctrine of salvation, is to misunderstand.

Paul is trying to describe the indescribable, to explain the incomprehensible, to make known the mystery. And so he uses incredible, inspired and inspiring pictures of salvation, each of which is truth, but none of which is The Truth.

So even in the opening words of our reading today, Paul offers us a who collection of descriptions of what God has done for us through the death of Jesus.

We are justified. We have peace with God. We have access to grace. We have hope that we might share in the glory of God. We have God’s love poured into our hearts. We have the Holy Spirit given to us.

Today we’re really looking at those opening words. We are… justified by faith.

Of course, what Paul wrote was “Therefore, since we are justified by faith…”. That is to say, these words come at the end of long discussion of the relationship between faith and works in the tradition of the people of God and in the work of Jesus, carefully walking through our need for salvation, our inability to meet the standards of God whether we be of the people of God (“there is no difference, all have sinned and fall short of the glory of God”), and how our reconciliation, our righteousness, our reconciliation with God are a gift of God, given in grace, received by faith.

It’s perhaps noteworthy that Paul feels the need to spend such a large chunk of the letter on this point, when he is writing to Rome – for Rome, of course, is the home of government, the seat of order, the heart of governance in the empire. Rome is a place governed by rules and regulations, by actions and consequences, by laws and law-making. The way of Rome – even the religious mindset – was transactional; and so for the people of Rome the idea of grace, of the undeserved gift, given with no quid-pro-quo, no expectation of return, was deeply counter-cultural.

And so Paul goes to great lengths to say that God’s working is not so, and indeed that it never was. That the grace of God gives without the gift being earned; that it is in the grace of God that we stand.

Grace is the undeserved giving of God; it is the gift that we have not earned. Our very life is grace (who ever earned being alive?). The love we (at least most of us) experience from our parents, or those who have been as parents to us, is grace – no child should ever need to earn the love of a parent.

And the truth that Paul wants his readers to understand is that our position before God, our standing as God’s children, our hope of sharing in God’s glory, these too are gifts of grace.

Grace, he says, that we have received access to through Jesus Christ. And here’s the second thing Paul really wants his readers to understand; that though grace is, and always was, the way of God, this particular grace – that we stand at peace with God – comes to us through the work of Jesus Christ, and in the death of Jesus Christ for us.

And all this circles us back to those words that are the focus of our reading today – we are justified by faith.

To be justified, in the sense of the Greek dikaios, means to be shown, or declared, to be righteous, upright, innocent. And here the role of grace becomes clear. For Paul has stressed over and again in his open chapters, that we are not innocent, we are not righteous, that we are not upright. That we, each one of us, have fallen short of the glory of God – fallen short even of our own expectations, still further short of the divine. To be declared innocent when we simply are not requires an act of grace. To stand in the presence of God, in whom there is nothing but love and justice, when there is so much in us which is neither of those things, is a gift of grace. A declaration of righteousness that we have not deserved, could not earn.

But that justification, that declaration of righteousness, and with it, that invitation into the presence of God, is by faith.

Notice that it’s not that faith justifies us. Our faith doesn’t make us righteous; we aren’t innocent of sin because we also have faith. God, in grace, justifies us. It is God who declares us worthy and invites us into God’s presence. Faith isn’t a work that we do in order to be justified, something to put on the other side of the cosmic scales to balance out all that we have done wrong. Our faith is not the actor, not the source or giver of justification. It is God who justifies us, God and only God who declares us innocent.

Faith is, if you like, the process, the mechanism, the way that we receive the gift of grace. It’s like (and, as language fails us, I’m struggling for analogy) an unexpected gift is given to you. That box could contain anything. That email from a Nigerian prince might be a trick. To take a gift and open it, receive it, is quite literally, an act of faith, of placing trust in the one who has given the gift to you (unwise trust, I’m afraid to say, in the case of the aforementioned email).

To receive the gift of God is an act of faith. It’s not that we need some special sort of belief, some right grasp of doctrine; the faith by which we are justified is the faith of receiving, of accepting the gift.

Which you would think would be the easiest thing in the world. Except it turns out that we are surprisingly bad and receiving a gift. As kids, it was fine, gifts got given, received, enjoyed, broken, that was just the way. “You have to receive the kingdom of God like a child,” Jesus said.

But as adults we’re often not so good. We want to pay our way. We want to be good enough. We want to feel like we’ve earned what we have received.

We don’t want to be dependent upon grace. And so we find the act of faith, of believing that God’s gift of grace is for real, hard.

But it is through that act of faith that we receive justification, and stand in the grace of God, at peace with God, and with the hope of glory.