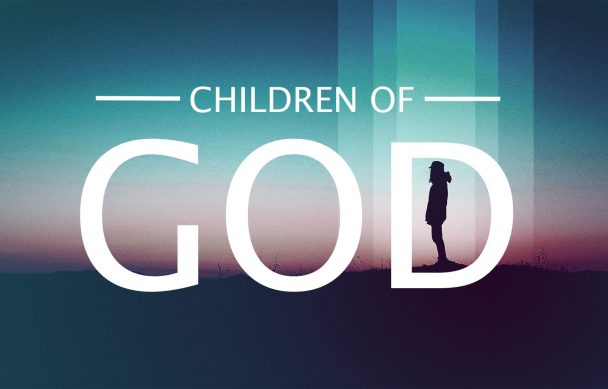 We are… Children of God

So after all his talk of grace taking the place of law in control of our destinies, of this amazing free gift of righteousness received by the act of faith that is receiving, after all the talk of freedom from addiction to sin, and of the struggles that we still experience in taking hold of the reality of that freedom; after declaring over and again that there is nothing we can do to earn our place before God, suddenly Paul changes tack.

We have received this free gift of grace, this gift we could never earn, but a debt remains

You are not just a freed slave, with the bond price of your freedom still hanging over your head. The one to whom you owed that debt, the one who set you free has done more even than that: you have been adopted.

That Spirit that you have received; the free gift of God; she it is who calls out within you “Abba, ho Patēr”

Patēr was a fairly formal word in first century Greek. It spoke of respect, of status, of hierarchy. A servant would refer to their master as Patēr, in the same way a servant might speak of “His Lordship”. It was a positive word, which spoke of belonging, of identity, but a word that at the same time spoke of duties and responsibilities and ordering of authority.

There’s no good word in English. It’s not the babytalk of ‘dada’ or the child’s ‘daddy’ (though perhaps that’s close); it’s not the informality of ‘dad’. It is ‘Abba’; a relationship word, speaking of dependence and confidence, of affection and trust. It is the child’s address to the father which isn’t about authority or duty, about what we do or what is done to us, but about being, about who we are in relation to another.

Of course, whenever we say such things, we also recognise that that is not the experience of all; that for some their experience of their parents is not of trust and security but distance, of abandonment or abuse; that for too many the language of God as parent is painful and difficult – to you I can only say that God names herself as the adopting parent; the one you wanted and needed but perhaps never had; the one who wanted to be your parent not because of their needs but because of their love.