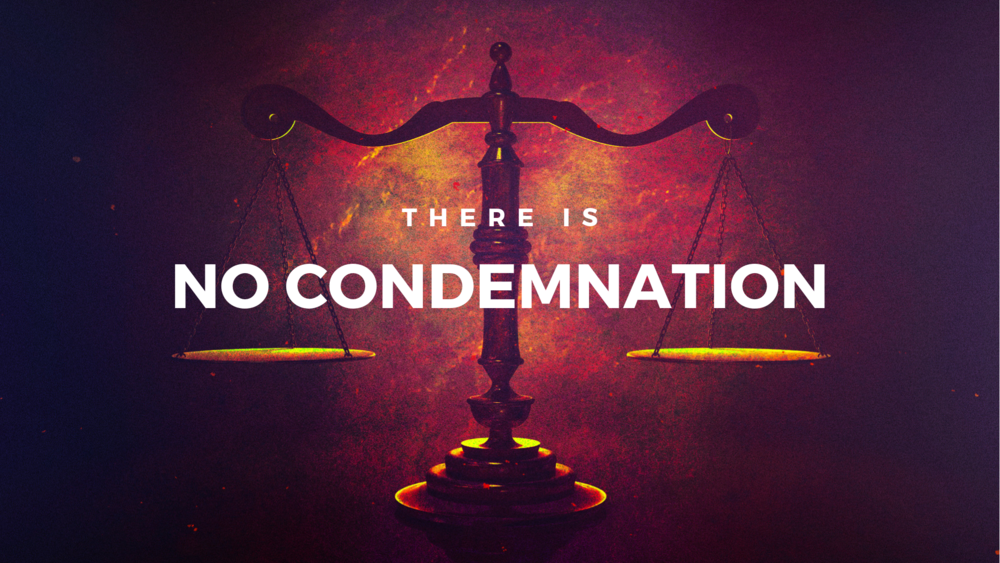 We are… not condemned

It’s fairly common to see the book of Romans as divided into two main halves, with the first eight chapters being dedicated to Paul’s proclamation of salvation as a gift of grace, received by faith. So as we move into chapter eight, we move with the declaration “therefore” to the conclusion that he has been step by step building towards.

That ‘therefore’ might tempt us to look for some series of formal steps of logic, of deductive reasoning leading inevitably to a conclusion. That sort of expectation has led many commentators to ask the perfectly reasonable question: how does what we read in chapter seven – about the way that Paul, and with him the rest of us, still struggles with a failure to live up to the freedom to which God has called him, the grace with which God has blessed him – how do words of struggle and wrestling with the ever present reality of sin – how does that logically lead to “There is, therefore, now no condemnation”?

One possibility often put forwards is that the second half of chapter 7, the passage we reflected on last week, is essentially a big parenthesis or footnote, tangential to the main argument which led up the middle of chapter 7.

But it seems to me that this is reading into Paul a style of logical argument that, while very well known to the Greek philosophers of the day, was not the Hebrew way of speaking, writing, or arguing. Rabbinic argument – and remember, before he came to faith in Jesus Paul (as Saul) was a rising star of the Pharisees in the Rabbinic system – lent far more on analogy and impression, on the telling of stories and the making of unexpected connections, on humour and wordplay. We see this, of course, most clearly in the teaching of Jesus – you can trust God to look after you because the lilies of the field look amazing and birds have worms to eat, or, in answer to ‘who is my neighbour’, ‘a man was going down the road to Jericho when he fell in among robbers’.

The Hebrew argument makes connections which are creative, imaginative, and thought provoking, not well defined and deductive steps. And in that mode of speaking, Paul’s therefore makes perfect sense.

I gave the spoiler at the end of last week, of course. That the struggle portrayed in the second half of chapter seven, far from contradicting Paul’s arguments about grace, the law, righteousness and sanctification, served instead to underline them. That grace was not just a one-off wiping clean of the slate – a slate that within moments would already be showing signs of dirt and grime again – but an ongoing gift; received once, received continually, and a promise that it will be made complete in the future, on the other side of resurrection.

If grace were just once for all at the moment of conversion, the threat of condemnation would still hang over us. For whether it be out of the greyness of not knowing how we should live or the weakness or selfishness of choosing the way of sin over the way of love, we have all, since committing ourselves as disciples of Jesus, failed over and over again to live up to his way.

It was this sort of broken logic that led some in the early centuries of the Church to advocate deathbed baptism; only by waiting until you have no more time to commit sin before having it washed away in baptism can you hope to enter into judgement still clean.

But Paul’s declaration is simple: “there is therefore now no condemnation for those who are in Christ Jesus”.

Despite our struggles. Despite our failure to live according to the ‘law of Spirit and life’. There is therefore now no condemnation. Because the Spirit of life has set you free from the law of sin and death.

Here we start to see the resolution of that almost-dualism that we noticed last week in chapter seven; that uneasy sense of spirit – good, flesh – bad that seemed to be creeping into Paul’s argument.

And the thing to notice here is that the spirit spoken of isn’t some sort of general sense of spirituality; you are in the Spirit because the Spirit of God lives in you.

This is not a call out of the physical and into the spiritual: it is a call to set your mind, your heart, your life, in the Spirit of God that dwells within you.

Paul ‘in the flesh’ or ‘in the spirit’ here is, in a way, an echo back to his assertion in chapter six that you get to choose your master – to be mastered by sin, or to serve righteousness. You recall that he ended that passage by saying that the wages of sin is death, but the free gift of God is eternal life in Christ Jesus. Here he echoes the same idea in different language – to be set upon the way of the flesh (that is, to live as if you did not have any knowledge of, or the presence of, the Spirit of God) is to choose the end of flesh – and we all know that the end of all flesh is death.

But to be set upon the way of the Spirit of God within you is to receive the free gift of eternal life – for that Spirit raised Jesus and will do the same for you.

Interwoven into these image is Paul’s sort of pseudo-legalist argument for just how this works. God saved us, he writes, by sending his own Son in the likeness of sinful flesh, and to deal with sin, he condemned sin in the flesh, so that the just requirement of the law might be fulfilled in us, who walk not according to the flesh but according to the Spirit

God, sending Jesus to live a fully human life and die a fully human death, condemned sin so that the just requirement of the law might be fulfilled in us.

Here, once more, I feel as if Paul is reaching for ideas that are just outside of the reach of language; though the words have the vocabulary of the legal system they seem to use it impressionistically – as you might expect of a Rabbi.

Sometime this is described as Jesus dying to take the penalty for our sin, so that justice would be done – maybe that’s a helpful image, though I have to admit I struggle with it, for it paints a very punitive picture of a God who insists on the death penalty for sin, but is willing to allow the wrong person to stand condemned, a strange image of justice.

I find more helpful the language we use of baptism – do you not know that all who have been baptised into Jesus have been baptised into his death. That Jesus’ death is an invitation for us to join, that the wages of sin can be rightly paid as we die, each of us; but joining with Jesus in his death, we also share in his resurrection, we also share in the gift of the Spirit of God who raised him from the dead, and in whom we now live and walk.

However it works, Paul’s claim, at least, is clear: we are in Christ Jesus, we are the Spirit for the Spirit is in us, and there is no condemnation.

Instead there is an invitation, a challenge.