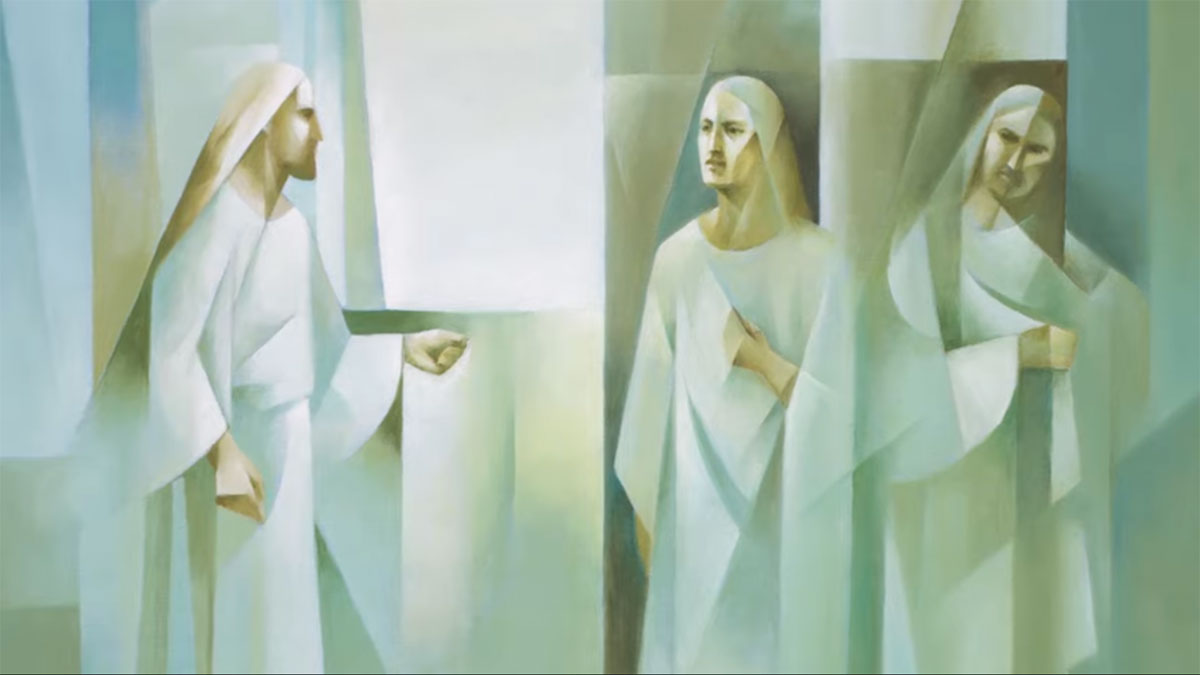 This is not one of those parables.

The parable of the two sons is perhaps one of the most obvious and direct things that Jesus said. It’s a story which does what it says on the box.

Two sons. The father says to one “go and work in the vineyard” and he says “no” – but changes his mind, and goes. To the other the father says the same, and he replies “on my way”, but never shows up.

Which obeyed the father? Of course, everyone answers, “the first”.

When it comes to obeying a command, it’s about doing it, not saying you will. It’s about following through, not your first response. It’s about actions speaking louder than words.

But as is often the case, what the words mean is only one part of the story, and not even always the most interesting part. We are also invited ask why Jesus said them, why, specifically, he might have said them when and to whom he did; and then, from that, we invite Jesus’ words to ask a question of us: how should we hear them in our place and time.

So then: the context, and the audience. And fortunately, we don’t need to speculate, for the author of Matthew’s gospel has told us exactly who Jesus was speaking to, and to what he was responding.

Jesus has been challenged by the chief priests and the elders of the people.

Now it’s actually worth – not just here, but often – knowing a little bit about the social politics of Israel in Jesus’ day. There were, broadly speaking, four main movements within Israel at the time to which people paid more or less attention.

In the countryside, the main ‘party’, as it were, was the pharisees; they had the greatest influence amongst the Rabbis of the synagogues, and drew their support from the common people of the land. Though when we hear the word ‘Pharisee’ we tend to think of someone opposed to the work of Jesus, there is plenty of evidence that many of Jesus’ earliest followers would have come from this background: Nicodemus, of course, and Saul, are both named in the gospels, but the early Church had many Pharisees amongst its number. The antagonism between Jesus and the Pharisees as recorded in the gospels can be thought of (in political terms) similarly to, in modern Australia, Labor and the Greens, or The Nationals and the Shooters and Fishers – groups at each other’s throats not so much because they disagree, as because they draw their support from the same pool. Many pharisees became Jesus’ followers; those who opposed him did so, at least in part, because he was drawing his following from their people.

The second group, barely mentioned in the gospels, is the Essene – the people of the dead sea scrolls. A movement whose solution to the ambiguity of life under Roman rule was to withdraw into isolated communities of faith, seeking a black and white purity away from the complex greys of the world. John the Baptist was most likely amongst their number; and Jesus’ retreats into the wilderness, especially the temptation story, echoes their view of the world.

Within Jerusalem two other groups held sway: two groups with a considerable overlap. The Herodians were those who worked most closely with the occupying forces; Herod the Great, ruler at the time of Jesus’ birth, was Jewish, and the Herodians saw compromise with Rome as the safe, realistic, way of surviving as a people under the rule of Rome.

But it is the fourth group that we see in today’s reading: the chief priests and the elders of the people.

Probably the most powerful, for the Temple was essentially the government of the time – the Temple tax paid for much social welfare, the teachers of the law interpreted the Torah for a people under occupation – and the chief priests walked a delicate tightrope of appeasement of the occupiers on the one hand, and continuation of the traditions and laws of the people on the other.

And critical to their power was their claim of God’s authority. They had built up the Temple as being the centre of the faith, almost the place that God resided, and they drew their authority from there.

In our household we have a saying, when someone declares something unlikely sounding to be true, we say “cite your authority”. It’s a really sort of ultra-nerdy way of saying “How do you know what you are saying is true? What is the authority behind your claim?” (and – hint – “there was a thread on reddit” is not a great answer)

That’s the question they ask Jesus. Cite your authority. We know ours – it’s the Temple, the place of God. What is your authority?

And of course, Jesus answers (or rather, doesn’t answer) with a twist – “what was John the Baptist’s authority?”

And it’s a clever debating trick, because the chief priests can’t answer – they know the people respected John, but they didn’t. They’ve been triangulated; they can’t support John the Baptist, but they can’t be seen to reject him either. So they dodge the question, allowing Jesus to do the same.

But to just see it like that is to miss the point of what Jesus did. For he moves immediately into the parable of the Two Sons.

And when you put the parable into that conversation, it’s clear that what Jesus is saying to them is “not only can’t you answer the question, it’s not even the right question to be asking”

The authority for my teaching – or yours, or John’s – isn’t the point. Because the biggest challenge isn’t knowing what God wants – it’s doing it.

The father, in the parable, isn’t obscure, subtle, or unclear. What he wants is for his sons to go and work in the vineyard. There is no need for interpretation or careful exegesis. Just go and do it.

And though there are obviously times when what God wants of us isn’t simple and clear, honestly, most of the time that isn’t the problem.

Most of the time knowing what is right isn’t our problem. The biggest challenge isn’t knowing what God wants: but doing it.

That’s the point of the parable.

We can bicker about who has the right to declare what God wants; but the truth is, most of the time, we know.

And this, it seems to me, is where the unadorned simple directness of the parable comes into play. For the pharisees loved their theological debates and the chief priests their appeals to the authority of the Temple, but Jesus pushes it back onto them. “That’s all just words,” he says. The people who are actually entering into the life of the Kingdom of God, the people who are turning their lives around in the light of the good news that John came to proclaim and that I have proclaimed; the tax-collectors, the prostitutes, the unacceptable outsiders; they are showing their response to God not with the right words but with change of life.

It’s not that everything is simple: it isn’t. Sometimes it can be next to impossible to know the right thing to do. Sometimes we struggle and struggle to understand. Sometimes we don’t know who to believe, whose authority to trust.

Sometimes we don’t know the right way forward, and we just have to make the best choice we can and trust to grace.

Sure, there are cases where it’s hard. But the basic law of the kingdom: love your neighbour, love your God, love your enemy; most of the time we know what the law of love would ask of us.

And we – we who have chosen to identify with the people of Jesus Christ, who have taken his name and claimed to be his followers, we are the ones who answer “yes, I will do it” when we hear the call to act justly, love mercy, walk humbly.

We, live the priests, are the ones who come to worship, who say the right things, believe the right things. But the parable asks this of us: you know how God would have you live – not always, but most of the time you know what Jesus would do.

But the way of the Kingdom isn’t about knowing and saying; it’s about living.

Is our faith more than the right words?