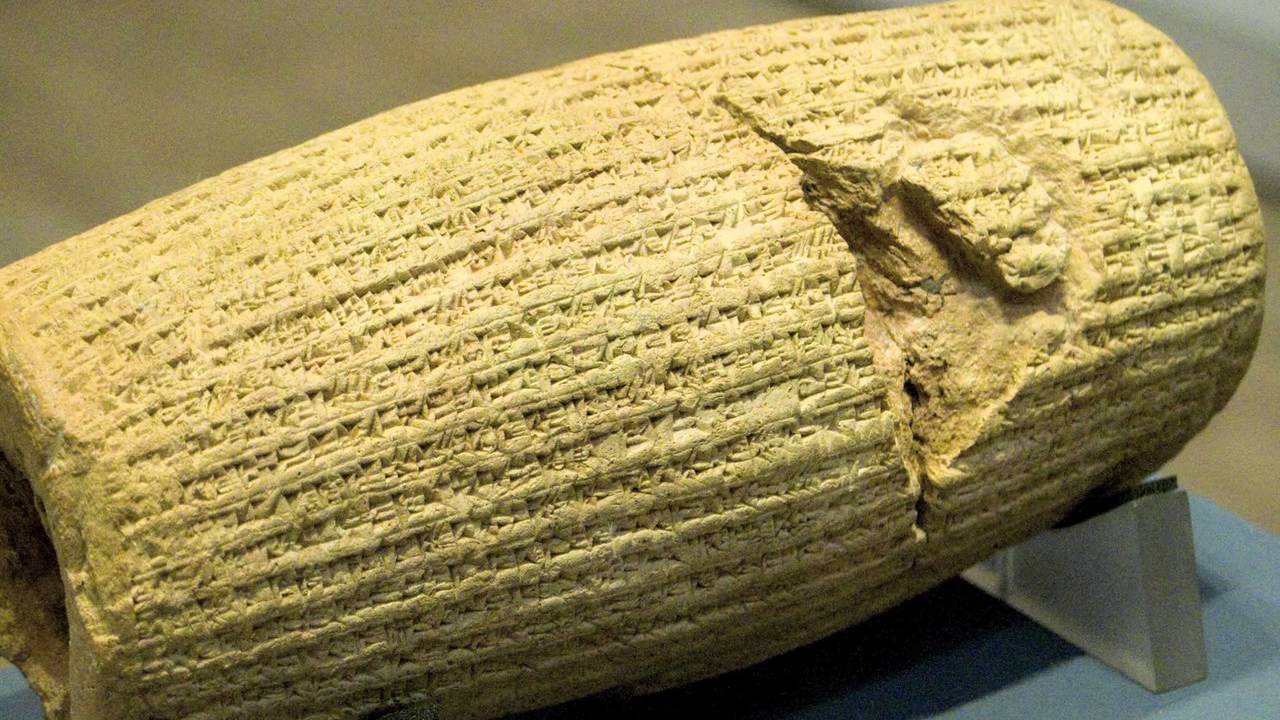 That you may know that it is I, the Lord

I am the Lord, there is no other

I the Lord do all these things

It would be hard to read or hear this passage from Isaiah without spotting the central theme.

That the author was speaking – or at least, claimed to be speaking – in the name of, on behalf of, Yahweh, the Lord, the God of the people of Israel.

As we start this series reflecting on the words of the Old Testament prophets its worth starting just by pausing for a moment on that idea: that these people made the outrageous, audacious claim to know the mind of God; to be able to interpret the events of their day through the eyes of God.

When people make that claim today I suspect that most of us react – well, pretty negatively. We don’t like people claiming that sort of authority for themselves: it’s offensive, presumptuous, arrogant.

And let’s not make the mistake of imagining that people in the days of the Old Testament were stupider, more easily misled, more gullible, than we are. I’m certain that when Isaiah first spoke many – probably most – of those who heard him rolled their eyes and dismissed him as another religious nutter. Indeed, we know from the narratives of the prophets that they were widely ignored and, when their words got too close to criticising the powerful, persecuted.

And we know too that there were professional prophets in Old Testament times, people who proclaimed “the word of God” while acting as mouthpieces for those in power.

Truly, nothing has really changed.

So why take these ancient words seriously? What makes them different? In a sense it boils down to them passing the test of time. That generation after generation have heard these words and in them have heard truth. In their day they were but one voice amongst many, but even today in them the echoes of God’s voice are still to be heard.

This isn’t just true of the Biblical prophets, of course: there were many voices speaking in the time of Martin Luther King, but his words have carried through the decades as bearing the ring of truth, the echo of the justice of God. But of course when it comes to the Bible, we have the more formal recognition of these voices in the formation of the Canon, the inclusion of these authors in the Bible; not as a declaration that nowhere else is truth to be found, but a recognition that these prophets, in these words, have captured something of the voice of God, and that we, in our appropriation of these words, in our prayerful and studyful, and reflective reading of these words, can still today hear God speak.

Todays words from Isaiah are of particular interest because they are spoken to (or at least, about) a Gentile – the ruler of a foreign nation, indeed of an empire that includes the land of Israel – but they are words which are profoundly positive. Cyrus, though he is not a Jew by birth or by belief, is referred to as being taken by the hand by God – indeed, is named as God’s anointed, the same language used of the priests and the kings of Israel, the same word, even that we will later translate as ‘Messiah’.

Cyrus, the pagan king, is named as the anointed servant of God, and the saviour of the people of God.

Though a conqueror – and indeed, builder of the greatest empire the world had ever seen – Isaiah declares him to be used by God.

So what’s going on?

Well for me there are three really interesting things about Cyrus and these words Isaiah spoke about him.

The first is actually Cyrus himself. For though he was a powerful conqueror; leader of the great Persian empire, and therefore, we might reasonably assume, a man of great determination and ambition and a considerable degree of ruthlessness, he was also, in some ways, an early champion of human rights; in particular, of religious freedom. By contrast with the Babylonian exile, in which the people of God (and of all the other nations) were barred from worshipping their God, indeed, commanded to fall down and worship the emperor (recall the story of Daniel, and of Shadrach, Meshach and Abed-Nego), in the lands where Cyrus ruled, in the Persian empire, people were free to worship as they chose.

And we draw this not just from the Biblical record – the Cyrus cylinder, a proclamation from King Cyrus, has been recognised by the United Nations as one of the earliest ever declarations of human rights.

So though Cyrus was not a believer in the God of Israel, Isaiah is comfortable naming him as God’s anointed one because much of what he is doing is, in truth, the work of God.

God works through this man who does not know or worship God.

And that kind of leads on to the second thing about this passage, the way that the prophet describes the relationship between God and Cyrus.

Now remember that the traditional Hebrew understanding of God focussed on God’s absolute sovereignty. It’s not much of a stretch to say that in the Hebrew mindset, if something happened, God must have made it so.

But what we see here in Isaiah is the development of another way of understanding God’s work in the world. Look at the language Isaiah uses: God says “I took him by the hand, I opened doors before him, I levelled the mountains, I cut through the bars.

No question but that God is being portrayed as the all-powerful actor, but the way God’s power is at work is different. God does not use Cyrus as a puppet-master controlling the puppet; the image is more of God entering into a sort of partnership with Cyrus – creating the opportunities for him, removing the barriers, enabling Cyrus to act, but not controlling those actions.

This, I’d suggest, is much more the way we encounter God at work in our lives: creating possibilities but not forcing us to take them, working with God’s people in partnership, not imposing God’s will on us.

It’s the image of God as an active participant in history, rather than it’s absolute author. Striking a balance between the nihilism of “stuff happens” and the predeterminist “God controls everything”.

So God is seen as working through a pagan, a non-believer; not by taking control but by creating the possibilities to allow Cyrus to be successful in the endeavour he has set himself.

But what Isaiah declares is not just what God is doing, by why.

That all that God is doing alongside Cyrus, is so that he (Cyrus) and everyone else will know that it is God who is at work.

I am the Lord, and there is no other;

besides me there is no god.

I arm you, though you do not know me,

so that they may know, from the rising of the sun

that there is no one besides me

God’s work through Cyrus, “arming him” even though he does not know God, is so that everyone might come to know that there is no other God.

Which brings us back to Cyrus as an early force for human rights and, in particular, religious freedom.

For these words, written, most likely, in the Babylonian exile, foresaw the end result of who Cyrus was and what God was doing alongside him. The Persians would overthrow Babylon, taking some of the people of God to Persia, to serve in his empire.

But they, and those left behind in the now Persian occupied lands of Babylon were free once more to worship God, to speak of God, to practice their faith openly and without fear.

And before long, Isaiah’s prophecy would come to fruition. In the opening words of Ezra: “Thus says King Cyrus of Persia: The Lord, the God of heaven, has given me all the kingdoms of the earth, and he has charged me to build him a house at Jerusalem in Judah. Any of those among you who are of his people—may their God be with them!—are now permitted to go up to Jerusalem in Judah, and rebuild the house of the Lord, the God of Israel.”

So how do we hear these words?

That God is at work in the world, and God’s work is not limited to those who know God’s name or follow anything that we might recognise as faith in God. God joins in partnership with those of other faiths and none to work the ends God desires.

Which would surely encourage us in our engagement with the world, to draw alongside people of good faith even if it is not our faith, to work for those common goods we share a passion for – that we should not hesitate to find partners of others faiths and none in the fight for the environment, for refugee justice, for gender equality, for LGBTIQ rights, for indigenous reconciliation.

That God enters in partnership with us, not taking over; that God’s involvement does not take away from us the responsibility to act; but nor does our action take away the need for prayer and God’s support.

And that our end, in all things, is God’s glory:

That they may know, from the rising of the sun

that there is no one besides God