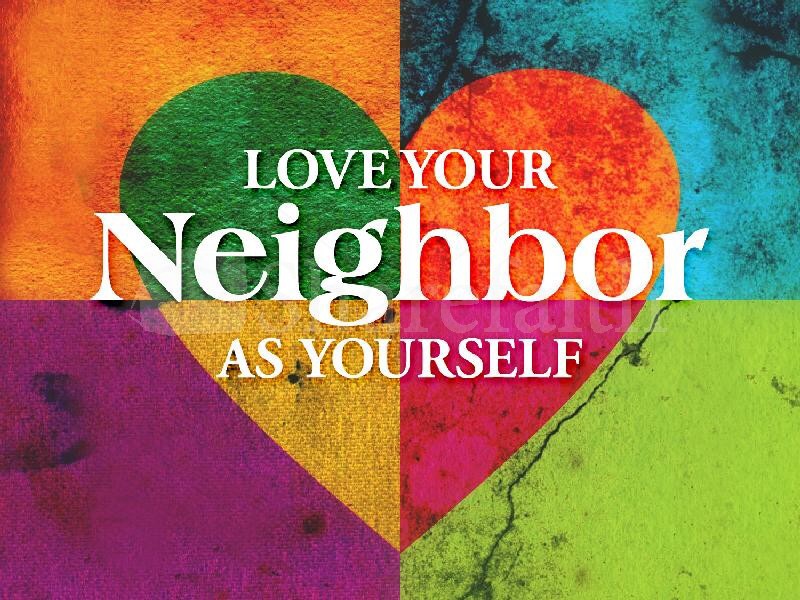 So, you don’t hear many sermons about the book of Leviticus. Although Rob Bell famously spent every week of the first year of his time at Mars Hill Church speaking on the book, it’s got to be one of the least frequent subjects for the preacher. I’m fairly sure that in the ten years or so that I’ve been preaching week by week I’ve mentioned it exactly twice.

And the sharper eyed amongst you may also have noticed that it’s a little out of place to have a reading from Leviticus in a series entitled “Words of the Prophets”. Because, of course, it isn’t. Leviticus is very firmly within the books of the Law in the Hebrew Torah, one of the Pentateuch, traditionally the writings of Moses.

I could find some clever way of explaining how these words are “of the Prophets” but the truth is that “Words of the Prophets and some other bits of the Old Testament” just isn’t as catchy a series title, and wouldn’t fit very well on a graphic.

What Leviticus is, famously, is a book of law. And the laws in the book of Leviticus are certainly, in many cases, weird to our eyes, covering situations that are simply alien to our whole culture and way of life.

A reminder, over and again, for the reason that lies behind these laws, these rules for life. That obedience to them is recognition of who God is.

But though I’ve said that the book of Leviticus isn’t something we read often, I’m sure that you recognised at least one phrase from today’s reading; one of the more famous phrases from the whole of the Old Testament – “you shall love your neighbour as yourself”.

They are words that we strongly associate with Jesus, and, of course, with the parable of the Good Samaritan, but they did not originate with him. Indeed, even in the conversation that precedes the parable, it isn’t Jesus who uses them – if you recall, Jesus asks the lawyer who is quizzing him what he, the lawyer, reads in the law, and the lawyer replies “Love the Lord your God with all your heart, and with all your soul and with all your strength and with all your mind” (words from the book of Deuteronomy) “and love your neighbour as yourself”.

It was, in fact, common in Rabbinic argument of the day to quote those two phrases – Love God, and Love your neighbour – as the summary, or the heart, of the law of God, the rationale behind all the other rules.

The question that was under debate, both then and now, the disagreement within the Jewish community, the point of argument between Jesus and the Pharisees, and the heart of much debate even today within the Christian community, was not, and is not, whether or not these commands lie at the heart of the law. They do. Hebrew scholars had already agreed, and Jesus confirmed: love of God and love of neighbour are the summary of the law.

Jesus, of course, famously expanded the idea of neighbour to include the stranger and the enemy, in the parable of the good Samaritan, but that was not a new argument. Rabbis both before and after Jesus had argued that the Hebrew word for neighbour, which is really closer to the idea of kin, or clan, more a matter of familial relationship that geographic proximity, had to be understood to include all of humanity – for all are one family, whether literally (through common descent from a first ancestor) or figuratively, as all made in the image of God.

In the parable of the Good Samaritan, Jesus was clearly choosing a side in an argument already taking place.

But that argument, critically important though it still is (for how much of our troubles in the world today arise from our tendency to treat those who are different as less worthy of our practical love), is not the one this passage asks of us. Here, where we find the command to love neighbour embedded in a whole load of commands – not to steal, or lie, or defraud, or harvest right to edge of your field, or swear falsely, or delay paying wages, or show partiality: here, the question is, how do we relate the law to love, the heart of the law, to the details of the commandments.

What is the relationship between the heart of the law: love God and neighbour, on the one hand, and the details of the law on the other.

Broadly speaking, the religious leaders of Jesus’ day saw it like this: obedience to the law, the literal letter of the law, is how you show your love for God, and for one another. If you could work out how the law applied to any situation, then the most loving thing to do would always be to obey the law. To decide otherwise was to presume that you knew better, to arrogantly place your judgement above the law of God.

So, take, for instance, the controversy when Jesus healed a man on the Sabbath. The teachers of the law would have said that Jesus could simply have waited until the next day; that the community as a whole benefitted from the Sabbath being kept as free from work as was humanly possible; that Jesus had undermined that by thinking he knew better. Would it have been so bad to wait one day?

It’s not a heartless or uncaring attitude. They were more than happy to see the man healed; but they feared that the way it had happened would lead to worse outcomes. Just as we today have medical ethics committees: because if we only focus on one particular outcome we might find ourselves crossing ethical lines which cause more harm than the good that results.

So if you love God, the Pharisees would argue, you will not think you know better than God. You will obey the rules even when they seem unnecessary, because that is part of how you keep that first command.

And what happened as a result was that the law expanded. The rabbis spoke of building fences around the law, like a line a few meters back from the cliff edge, extra rules that one should strive to keep, so that if you do stray over the line, you are still safe from actually breaking the law.

You see this sort of thinking often in the form of ‘slippery slope’ arguments, declaring activities off limits ‘because of what they might lead to’. Dancing, drinking, playing cards, all have been declared off-limits for Christians, not because they are wrong, but because of where they might lead.

Sometimes this sort of logic is phrased as “undermining” something, especially “the family”: once it was feminism, or women in leadership, more recently school anti-bullying materials developed to help protect gay, trans, or non-binary kids were made the target of the same attacks. Arguing that talking with kids about gender and sexuality serves to “undermine” some so-called “Biblical ideal” of family.

And I guess all that I would want to point out is that this isn’t the way that Jesus treated the law.

I’ve already alluded to Jesus healing on the Sabbath, and of course his response to his critics was this: “The sabbath is for people, not people for the sabbath”.

The heart of the law is to love God and to love people. The details of the law are there to help you do that. Keeping the rules is not an act of love in itself; they illustrate love in action rather than defining it.

The law shows you what God cares about, and what God thinks is important. Not showing partiality, but treating all people equally – that might seem obvious to us in a modern democratic society, but we forget just how radical an idea it truly was, and how recent even the current lip-service to it is: that both America, with its “we hold these truths to be self-evident, that all men are created equal” and Australia were founded with constitutions that literally counted people differently depending on the colour of their skin. That even today we still need to say “black lives matter” because too often society acts as if it wasn’t true.

And sadly, as far as “all men are created equal” goes, we still haven’t really managed to include women in the sequel.

This, I suggest, was Jesus’ approach to the law: that you should, generally speaking, keep it – for it illustrates what love of God and neighbour look like. But, as Jesus once told the Pharisees, “…you tithe mint, dill, and cumin, and have neglected the weightier matters of the law: justice and mercy and faith. It is these you ought to have practised without neglecting the others.”

Jesus portrays the Old Testament laws as pointing us towards what love really means. Paul uses similar imagery in the book of Galatians, “the law has become our tutor, to lead us to Christ”.

The law leads us to Christ; guides us into the way of love, the heart of the law. For then, in the words of St. Augustine