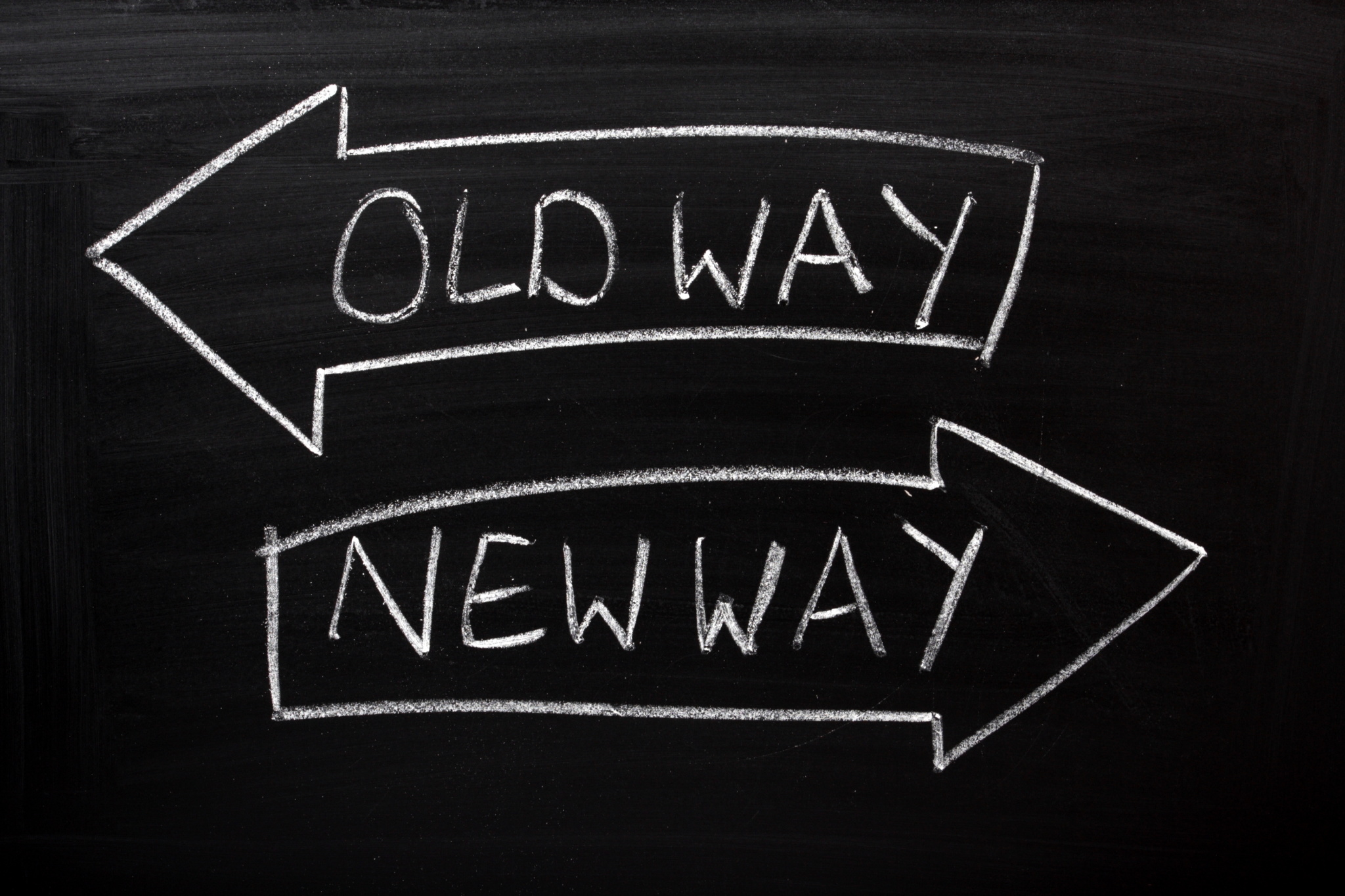 A new way of being

Jeremiah has a reputation as a grumpy, pessimistic sort of chap.

Not entirely unwarranted, either; for he was a prophet of downfall, a prophet of disaster. When the nation was threatened by foreign powers, and the authorities, as authorities will, were trying to keep people’s spirits up, Jeremiah was telling them that the cause was lost. This is God’s doing, he told them, we will fall and be taken into exile.

But prophesying doom is only half of the Jeremiah story.

For throughout his writings, unheard, perhaps, by those who could not see past what they perceived and treachery and treason, was a promise… “but then…”

And when everything gets dark, when it becomes clear that his warnings were true, that the nation would fall, when desperate hope fell into despair, Jeremiah brings a promise of hope from God.

The covenant has failed. But I will remake it.

We’ve probably all heard this phrase “a new covenant” often enough for it to have lost much of its bite. Especially, of course, because we hear it in the words of Jesus, at the last supper – “this my blood of the new covenant, poured out for you”. For us, to us, it’s an image full of positive, full of God’s love, full of the offer of life.

But that’s because we don’t place any significant value upon what had gone before, upon what we might call “the old covenant”, but to the people of Jeremiah’s time was just “the covenant”. The covenant was a central piece of what it meant to be the people of God. God had called Abraham and made a covenant with him, had called Moses and given, through him, the law, through Joshua had given them the land, through Solomon the Temple. These were the things that made a Jew a Jew, made Israel Israel: that there was one God; one nation called by God; one law given by God; and one Temple at the heart of the worship of God.

But the law, the Torah, the way of life, was failing; the land was being taken away; the Temple was about to be torn down. And now Jeremiah comes and says, in effect, we’re going to need a new covenant as well.

Jeremiah’s words were a promise of rebirth, a promise of new life, a promise for the future. But even in the act of declaring that the new would come, he was writing the obiturary for the old.

Very truly, Jesus said, I tell you, unless a grain of wheat falls into the earth and dies, it remains just a single grain; but if it dies, it bears much fruit.

Sometimes it is only through the death of something precious, something valuable, something treasured, that something new, something better, can be given the chance to be born.

And as we come towards the mystery of Easter, our attention is drawn more and more inevitably towards the fulfilment of that promise. Towards the new covenant that Jeremiah foretold, and Jesus promised.

this is the covenant that I will make with the house of Israel after those days, says the Lord: I will put my law within them, and I will write it on their hearts; and I will be their God, and they shall be my people. No longer shall they teach one another, or say to each other, ‘Know the Lord’, for they shall all know me, from the least of them to the greatest, says the Lord; for I will forgive their iniquity, and remember their sin no more.

Jeremiah tells the people that the old covenant has failed. Even though, as he says, God took the people by the hand and led them out of Egypt, even though God had been a husband to Israel, the covenant had failed. The people had broken it.

This is the covenant, Jeremiah tells us. This is how it will be. This is what will make it different.

I will put my law within them, I will write it on their hearts.

The old covenant was a law in written form, codified, detailed, describing the right way to behave in all the events of day-to-day life. It was law written to form and protect a society, an objective standard by which behaviour could be judged in the interests of a stable, healthy society.

That is surely no bad thing. Surely we are glad to live in a nation governed by the rule of law, in which rules exist to protect us from one another and our own worst instincts.

Written laws are a great way to run a nation, but not so great when it comes to running a family. Of course, families often have their own clear rules – especially when there are kids around – but those rules are not the heart of things. If obeying the rules ever became the most important part of the life of a family, that would be a family in deep crisis.

Religious observance by obedience to an externally imposed set of rules was never going to work. No moral code, no ethic, no virtue, is ever real until it is internalised, until we do what is right not because we are being told we must but because of who we are. The Good Samaritan doesn’t help the enemy he finds beaten and left for dead because his laws tell him to do so: he does it because he is a man of virtue, a man who could no more leave a fellow human being in need than he could fly to the moon. He does so because the law of love is written on his heart.

Which is why the second half of Jeremiah’s prophecy is so important – No longer shall they teach one another, or say to each other, ‘Know the Lord’, for they shall all know me, from the least of them to the greatest. Not, I think, that Jeremiah is speaking against teaching; but he is looking forward to a day when it will no longer be a select few who have the law, who have the spirit of God, who speak on God’s behalf. No longer will there be those who know and teach, and others who listen and accept. They shall all know me, from the least to the greatest. For in that day, when the law of God is written in the heart, all will know God, all will be teachers, and all will be learners.

And because all will know the law, because all will have access to understanding the way of God, that power imbalance in which an elite hold the law and the interpretation thereof, and use it to keep society moulded into an image which works to their benefit, is torn down as completely as the Temple would be.

That is the radically egalitarian vision of the New Covenant that Jesus embodies. The reign of God in which all can know God – young or old, female or male, educated or not – a reign in which the law is the law of love written in the heart. A reign in which religious status conveys no authority, in which no priest can tell you what you have to do in order to draw near to God, and no preacher can insist that his reading of the Bible is the only truth.

This is the new way of being.

for they shall all know me, from the least of them to the greatest, says the Lord; for I will forgive their iniquity, and remember their sin no more.