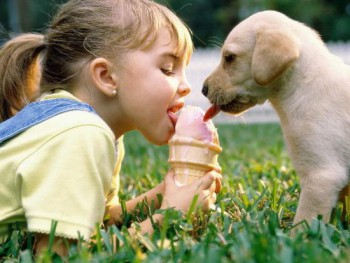 Matthew 15:10-28
I guess if you were to make a list of adjectives that you would apply to Jesus, “racist” probably wouldn’t be amongst them. And yet here he is, meeting with a gentile, a Cananite woman, in desperate need of help for her afflicted daughter, and basically calling her a dog – by contrast with the Jews, Jesus’ people, who are the children.

I always used to take a rather guilty pleasure enjoyed going to Church when I knew that this passage, or its parallel in Mark, was the lectionary reading. It’s fascinating to await the sermon, wondering just how the preacher is going to deal with one of the least attractive portrayals of Jesus that we have anywhere in the gospels.

It was especially a problem for preachers in the more conservative churches in which I grew up. The image of Jesus as confused, or indecisive, or rude – or even just changing his mind, was anathema; it had to be avoided at all costs. And so I’ve heard preachers (when they didn’t take the easy option, and preach from the Old Testament reading) explain that Jesus was testing the woman, or using her to teach his disciples. I’ve even heard it said that Jesus was making a joke when he referred to her race as ‘dogs’.

As if it is somehow more comfortable for us to imagine a woman in desperation reaching out to Jesus, and him dismissing her need with a joke than it is for us to deal with the possibility that Jesus was, in this moment, uncertain about what to do.

That, just perhaps, he needed to learn something about his own ministry from this foreign woman.

In the first half of our gospel reading we saw Jesus coming into contention with the religious leaders of his day, criticising the Pharisees for their obsession with the details of the food laws and neglecting deeper matters of justice, misunderstanding what sin really looked like in God’s eyes.

There’s more than a hint here that Jesus is starting to be disillusioned with the understanding of God that the religious leaders of his people were offering.

So Jesus left that place and went away to the district of Tyre and Sidon.

Tyre was 30 miles away from the sea of Galilee. A couple of days walk. And it’s far enough away to really change the character of the place. Because Tyre is on the Mediterranean coast, it’s a port town, and as such it’s a much more cosmopolitan place than Galilee – by this time it was the capital of the Roman province of Syria-Phonecia. A good place to go if you were trying to get away from the Jewish authorities. A step out into the wide world, out of the provinces and into the relative anonymity of the big city.

But even there, Jesus could not escape notice. His reputation was bigger than that, and a gentile woman came to seek his help.

The disciples, on the other hand, knew exactly what he should do, exactly what you might expect of a Jewish Rabbi, a man from Galilee born and bred, a student of the law of Moses passionately committed to calling his people back to the worship of the one true God; to turn away the foreigner, the woman who is not from the people of God.

And it seems as if that sense of who he is as the Messiah of the Jews wins out: he agrees with the disciples “I was sent only to the lost sheep of Israel”, and responds to her with rejection:
“It is not fair,” he says, “to take the children’s food and throw it to the dogs.”

But whether it was because of her sheer desperation, or some hint of doubt – or even invitation – in his words, as if he was almost willing her to convince him; whatever the reason, she persisted.

And in her appeal she managed to show him something that he had half sensed; that there was far more to being Messiah of the Jews than the barriers which tradition would place upon that role; that her desperate human need transcended any limits of nationality, race, or gender. Confronted by the most universal of human emotions – a mother, desperate for her child – the limits that Jesus had placed upon his own mission are blown away.

And why would Matthew choose to tell the story this way? We know that there were those in the early Church for whom Jesus’ status as the Jewish Messiah was the most important truth; and Matthew’s gospel is written for them – indeed, Matthew is one of them. This gospel tells of Jesus as the perfect Jew – he keeps the law, he doesn’t go to dine with gentiles, he doesn’t break the Sabbath. All the stories in which Jesus bends the laws of the Torah are found in the other gospels, not in Matthew. He condemns the Pharisees for their hypocrisy, but he asserts that not the smallest part of the law will ever pass away.

And for those in this tradition, the sense that the Messiah was sent ‘only for the lost sheep of Israel’ was very strong. The Messiah was the restorer of Israel, not a universal saviour. The Messiah would bring back the living Torah, the law which was not just a set of rules, but a way of living before God as the people of God.

For Matthew’s readers – Jewish followers of Jesus – we might speculate that their first reaction to the idea of the Jewish Messiah reaching out beyond his people would be the same as that of the disciples – ‘send her away’. So Matthew tells them a story of Jesus sharing their concerns, sharing their sense of the priority of the children of Israel – but also a story of Jesus, moved by the universal of human need, going beyond this limited understanding of the blessing of God. Perhaps by showing Jesus as starting where they started, but moving out towards all humanity Matthew hoped to encourage the same movement in them. And he wanted them to understand that this is no way stood opposed to what they were as Jews – indeed, that it was exactly the purpose for which the people of Israel had been called by God in the first place.

In which case, what does this have to say for us, here, today? Do we need to have our own understanding of our mission as the chosen people of God blown apart?
We have three choices, when confronted with the needs of those who stand outside our safe Christian community. We can keep ourselves safe inside, praying for those in need, giving generously to mission, but never encountering the outsider face-to-face. Or we can go out, confident in the gospel, sure of what we believe, to bring the outsiders into our flock, to change them to fit with us.

Or we can go out as people who are loved by God, to meet others and risk having our understanding of God and ourselves reshaped by their reality.
So who are those others? Who is it that we need to come face to face with, who has the power to blow open our understanding of what it means to be part of the mission of God?

I can’t answer that question for you. But I can make one practical suggestion, one idea you could try. Perhaps you’ve heard the term ‘six degrees of separation’? The first degree of separation is the people you personally know, the second is all the people they know, and so on – the idea is that we are all connected to every one else on earth by just six or so links. I’d like to suggest that you just consider two degrees of separation. Consider the people who you come into contact with on a regularish basis. Now ask yourself – who might they know? Who do they come into contact with? Perhaps you know a teacher at a public school; in which case your second degree of separation would include all of the children of recent migrants to Australia in the area. Perhaps you know a nurse or doctor; in which case your second degree includes all those who are sick.

Your second degree isn’t so alien; but it is a step beyond where you are now. That is for you what the ‘district of Tyre and Sidon’ was for Jesus; nearby, but not local. And so ask yourself – how can I go there? How can I meet with those who are strangers to me now, but who are close enough that I can imagine reaching out to them?
If you are serious about it; if you are willing to reach one more step out into the world; I have no doubt that you will meet your Canaanite woman, that you will encounter faith that will astound you, and will open your understanding of the mission of God to a whole new realm of possibilities.