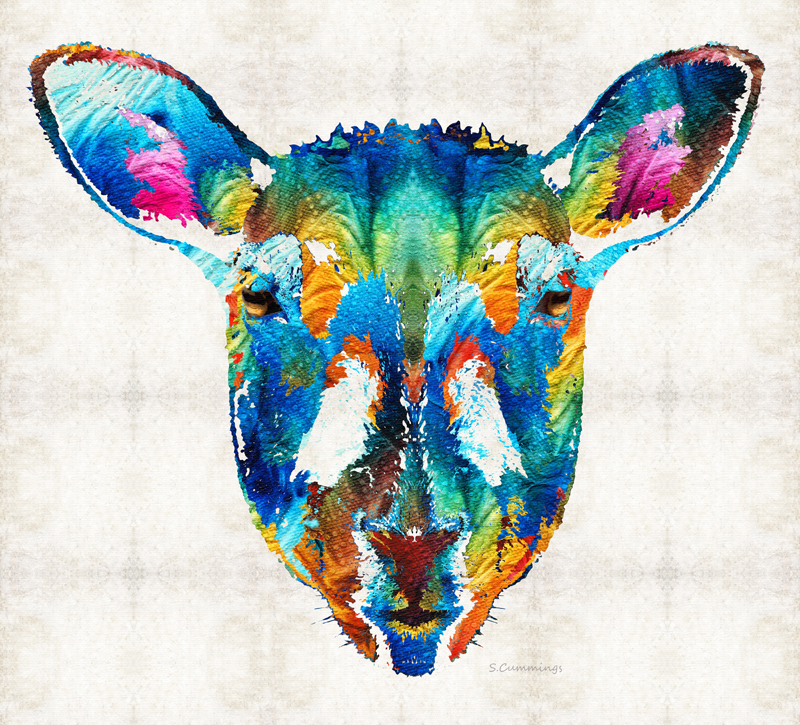 Jesus is… The Good Shepherd

Partly, I’m sure, its something to do with the suburban life that I live. My encounters with sheep are limited, brief, and mostly from a distance. Apart from the very occasional visit to the Easter show, sheep for me are basically white blobs which dot the hillside – and my encounters with shepherds are rare still. I’m not sure I’ve ever had a conversation with a shepherd, not sure I’ve even met one.

Of course it made sense for David, and Jesus, to talk about shepherds and sheep. That was the world they knew, the world they experienced. It’s not mine. Not, I’m guessing, yours.

But that’s not my main problem with the sheep stories. We know that the Bible presents us with problems of context, of making sense, in our modern age, of stories told in an ancient world. It’s part of the struggle of reading scripture – and it is testament to the incredible power of the Biblical narrative that despite all the changes in the world since the words were first written, they still ring true for us today.

No, my problem with the stories of God as shepherd and us as sheep is basically this: sheep are stupid. I mean, maybe I’m wrong, as I said, I don’t know a lot of sheep, but as far as I can see, the main thing you can say about sheep is that they are not the brightest animals in the field.

And not just stupid – I mean, that’s all relative, compared with God we obviously have no deep wisdom to boast of – but they’re also so passive. The life of a sheep seems to consist of wandering around eating grass, maybe following another sheep as if it knew where it was going, not realising it was just wandering at random as well. To follow like sheep is the very byword for passively going along with the crowd, unthinkingly accepting the opinion of the masses, allowing the flock to do your thinking for you.

In fact, sheep represent a very common caricature of Christians – as people who accept what they are told from the pulpit, follow their leader without thinking, accept some nice, safe, socially acceptable set of norms without ever thinking for themselves.

Blindly accepting the status quo, living just like everyone else does, is so far from the way of Jesus, who turned his world upside down. The 1980’s indie rock band The Housemartins, had a song call “Sheep”, railing against the way most people didn’t seem to notice the injustices of the world around them because they were too busy being like everyone around them “When you see a crowd,” they sang, “I see a flock… it’s sheep we’re up against.”.

I remember once talking to a minister in a Church in Sri Lanka. His spoken English was good, but rather formal, and oddly stilted when talking about Church. At one point he asked me “how my sheep were”. I obviously looked a little puzzled, for he quickly corrected himself “your flock,” he said, “how is your flock?”. You know when I look at the people of Roseville Uniting Church, I can conjure up a lot of images, but one thing I don’t see is sheep.

These passages are not about sheep. They are about shepherds. Or rather, about the Shepherd.

And so our third “Jesus is…”

Jesus is the Good Shepherd.

Of course, in the Jewish imagination of the day ‘the Good Shepherd’ had strong resonances with that great figure of their history, David, the Shepherd who became a mighty king. And David’s reflected on God as Shepherd, in the most famous of the Psalms.

Well, probably David. We don’t actually know the authorship of any of the Psalms; the Hebrew notation translated ‘of David’ that you see in the text isn’t necessarily a claim of authorship, it could refer to a style, or be a dedication, but Psalm 23 has one of the better claims to have been written by David himself.

And for David, the emphasis in Psalm 23, is on the Shepherd as the one who provides. His psalm is a song of green pastures, still waters, a banqueting table, goodness and mercy.

But if that were all he had to say, his song would be instantly forgettable, a trite praise song written by someone who either knew nothing of life or chose to ignore what he knew. It wouldn’t be, as it is, one of the best loved poems in the English language, the most common reading or choral setting at funerals.

It wouldn’t be found so much in popular culture, with references in Duke Ellington. Genesis. Pink Floyd. Grateful Dead. Midnight Oil. Marilyn Manson. Fall Out Boy. To name but a few.

Because while this psalm declares God’s goodness and provision, it contains a profound recognition of the darkness of life – and yet asserts in hope and faith the presence of the Shepherd even there. “Though I walk through the valley of the shadow of death, yet will I fear no ill, for you are with me.”

The valley of darkness is just as real as the green pastures, and the assertion of the psalm is that God is as present in the one as the other. We, with the benefit of reading this in the light of Jesus, the Good Shepherd, reading in the light of Easter, can say it more clearly still: even in the shadow death our God is with us, for our God has walked through that same shadow, walked through that valley. The Good Shepherd has not just walked with the sheep in the green pastures, but also in the valley of death, for the Good Shepherd gives up his life for the sheep – and so we have confidence that even in the worst of all nightmares we do not walk “in” the valley of darkness, we walk as the Psalmist wrote, “through” it.

Our faith is not one of green pastures and still waters; or rather, it is a faith of those things, but it is also a faith of darkness and shadow. There is no expectation of ease in the Christian life; but there is a promise of the presence of God, and the hope of something beyond. Beyond the shadow, the sun shines, a table is set for us.

For David’s Psalm promises that there is a feast, a table prepared, a time and place, perhaps, to celebrate with friends and family, with those we love; and yet even as the table is prepared, the presence of enemies is also acknowledged. “You prepare a table for me in the presence of my enemies”.

And I wonder how you read that phrase – you must have heard it a thousand times – “you prepare a table for me in the presence of my enemies”. What image does that conjure up for you?

For years I’ve had this sense of that phrase as God preparing a feast for God’s people, with the enemies of God outside looking on: we’ve got a feast and they haven’t. “In the presence of my enemies”… I’ve heard it almost as if I would be sitting there, eating this amazing meal, and turning to my enemies outside as if to say “sucks to be you! My God is looking after me!”

Or maybe you read the same words with an edgier feel. As if to say “even when you feast, be aware, your enemies are not far away. Be on your guard, even as you sit at God’s table.”

Or maybe as a reassurance: even when I am surrounded by my enemies, God will still provide for me.

And any of those readings would have made a great deal of sense to the people of David’s time, or the people of God in exile, when the Psalms were, probably, first committed in written form.

But then, as people of the resurrection, we read Jesus’ words: “I have other sheep that do not belong to this fold, I must bring them also…. There will be one flock, one shepherd”. And we hear his eternal challenge “love your enemies, bless those who curse you, do good to those who harm you”. And I wonder again about those words – “You prepare a table for me in the presence of my enemies”. And whether we need to add another way of hearing them. Could it be that my enemies will not be there as rejected outsiders, nor as an ever present danger, but as welcome guests?

Could we re-read this Psalm as telling us that when we sit down at the table God has prepared for us our enemies will be there and we will dine with them as friends?

Could it even be calling us to be part of making that happen? As we take comfort in the promises of the Good Shepherd, the one who provides for us, the one who walks with us through the valley, even through death, the one who sets a table for us to celebrate; and as we, the Body of Christ, are sent to carry on the work and mission of that Shepherd, perhaps we, the people of God, might share the love and welcome of the Shepherd, walk with others through their darkness, and set the table of hospitality so that all, friends, strangers, and enemies alike, may say “Surely goodness and mercy shall follow me all the days of my life, and I shall dwell in the house of the Lord my whole life long.”