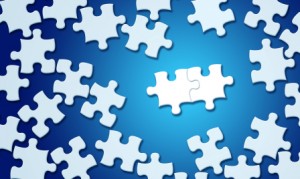 The Servant of God

Isaiah 42:1-9 | Matthew 12:9-21
The second section of Isaiah, deutero-Isaiah, contains some of what must be the best known passages in the book – starting, of course, with Isaiah 40, that Dan shared with us last week: “comfort, comfort my people”, and “prepare the way of the Lord”.

Unlike proto-Isaiah, with it’s ambiguity about when the words were spoken, and when they were written, Deutero-Isaiah has a relatively clear context: the calamities spoken of in the opening chapters of the book have befallen the people; the kingdom has been conquered by the Babylonian empire, Jerusalem has been sacked, the Temple desecrated and destroyed, and many (although not all) of the people of God have been taken into exile in Babylon.

And at this point the tone of the prophet changes; from one who is declaring the sins of the people, giving meaning to the disaster about to befall them, the voice changes to one of hope, of comfort. “Understand,” the prophet calls, “what has befallen you is not the end, is not the defeat of your God. It is not the fall of all that you stand for, all that you are called to be. Even in all of this, even in the midst of ruin, your God is at work, your God has a plan.”

And then, here in Chapter 42, that plan begins to emerge, in the first of the ‘servant songs’

The servant songs are four passages in deuteron-Isaiah that refer to God’s servant, who will, through faithfulness and suffering, restore the fortunes of Israel – and not just Israel, but through them, the fortunes of the world. It is in these passages that we hear the words “led like a lamb to the slaughter”; and it is also in these that we hear “I will make you a light to the Gentiles, and you will bring my salvation to the ends of the earth”. The story of the servant, the one God has chosen and called and led, the one who suffers as a result and for the sake of all, and the one who is finally vindicated, triumphant, not for their own glory but for the glory of God and the benefit of the whole world, begins here, in our opening verse:

Here is my servant, whom I uphold,
my chosen, in whom my soul delights

But the first question we need to ask (and, I might add, fail to answer with unambiguous certainty) is this: who is the servant?

For us in the Church, at first glance, at least, the answer might seem clear; we are so used to these words being applied to Jesus; we hear words from the servant songs every advent season, we read them (as today) echoed in the gospels.

And we have good reason to come to that place, we will loop back to finish there. But the adoption of these texts as being unambiguously about Jesus isn’t so straightforward, and can really reflect a sort of religious or cultural appropriation that Christians are, sadly, often guilty of when it comes to the way that we treat the Hebrew scriptures; removing them from their historical and cultural context, applying them to Jesus, and discarding anything that doesn’t fit that narrative.

So let’s take the time to explore the servant songs in a bit more context, because by doing so we might even find ways that they can say more to us than we realised.

So who is the servant spoken of in Isaiah 42 and the other servant songs? That’s actually a really difficult question to answer – impossible, in all honesty, if for an answer you want a single, fully satisfactory, conclusion.

A lot of this ambiguity arises from the nature of the Hebrew language. Now to say that I know very little about Hebrew would still be overstating my expertise; I think my knowledge of the language is basically restricted to two facts: it’s written right to left, and it’s got really strange (to us) tenses.

Hebrew doesn’t have past, present and future tenses. At all. It basically just has perfect – “this is complete” and imperfect – “this is ongoing”. But to make it worse, whenever God’s action is involved, the perfect (“this is complete”) is always used, even if the author is clearly speaking about a future event. The language reflects theology – if God is going to do something, it is already as good as done. The nearest we might get in English is an idiom – when you ask someone to do something and they say “consider it done” – put it into the past tense, even though it’s still in the future.

So whenever God is involved one cannot tell, from the language alone, whether the words describe past history, contemporary activity, or future events.

So that’s one problem. Another, that you might have noticed as the Isaiah passage was read, is the shift from speaking of the servant in the third person (“here is my servant”) to the second (“I have called you… I have taken you by the hand”).

It is this shift, along with a number of other literary observations, that led most Jewish scholars, through history and to the present day, to conclude that the servant of God spoken of is not an individual, but the nation itself: “here is my servant… I have called you…”.

But that said, there are also passages in the Servant Songs that make a lot more sense if they are read as speaking of an individual, texts which speak of the Servant as a leader of the people. Which leads other interpreters to see the words as speaking of a promised leader, a messiah who would restore the fortunes of Israel and in doing so bring blessing to all the nations of the world (as, remember, was the whole point of the nation, right back to Abram, “blessed to be a blessing”).

And of course it is this reading, this understanding of the prophet, that the gospel writers laid claim to, and identified with Jesus. This happened, the author of Matthew’s gospel says, “to fulfil what had been spoken through the prophet”.

And that word ‘fulfil’ is interesting, too. The gospel writer doesn’t say (here) “this was what Isaiah was speaking about”, “this was the future event Isaiah was predicting”.

The word fulfil speaks instead of making something full, bringing it to completion or to perfection. The image is like the prophet’s words are a cup, which Jesus fills, or the words are a half finished jigsaw which Jesus completes.
Or even “in doing this, Jesus showed them what the prophet was talking about”.

And that’s interesting because there is a third way that the Servant songs had traditionally been read within the Jewish community; recognising that if the prophet spoke of the nation, then the nation had never done what was prophesied, had never brought peace to the nation, never set free the captives or given sight to the blind; but similarly, if the prophet spoke of an individual, a Messiah, then many had come and gone who seemed for a while to fit the bill but then fell away.

Recognising that neither nation nor individual had ever been the Servant that Isaiah spoke of, the prophecy of the Servant Songs came often to be read as an ideal, a challenge, a calling – to both the nation as a whole, and to its people.

And that is what Jesus showed, that is what Jesus fulfilled. The immediately preceding passage in the gospel is about Jesus upsetting the religious authorities by healing on the Sabbath – that, Matthew tell us, was to fulfil the words of the prophet. That was Jesus completing the picture of what the Sabbath was meant to be about, healing, restoration, goodness, a picture that the Pharisees had only part seen and misunderstood. This was Jesus bringing the pieces together, completing the jigsaw, showing the world what the servant of God would do, would look like, would be.

But the servant songs were not just about the single heroic individual; they were also about the nation, the community, the people of God.

And that, in the end, is what makes them important for us. Not just as an academic exploration of the meaning of events in Jesus’ life; they are a description of what the community of faith would look like if it were fulfilling its role as the Servant of God.

I have given you as a covenant to the people.

You will not break the bruised reed, or snuff out the smouldering wick.

You are called to open the eyes of the blind.

You will faithfully bring forth justice, you will bring the prisoners out of the dungeon, out of the darkness.

Because I have taken you by the hand and kept you.

You – we – are the Servant of God, the light to the gentiles, the bringer of the new things that God has declared.