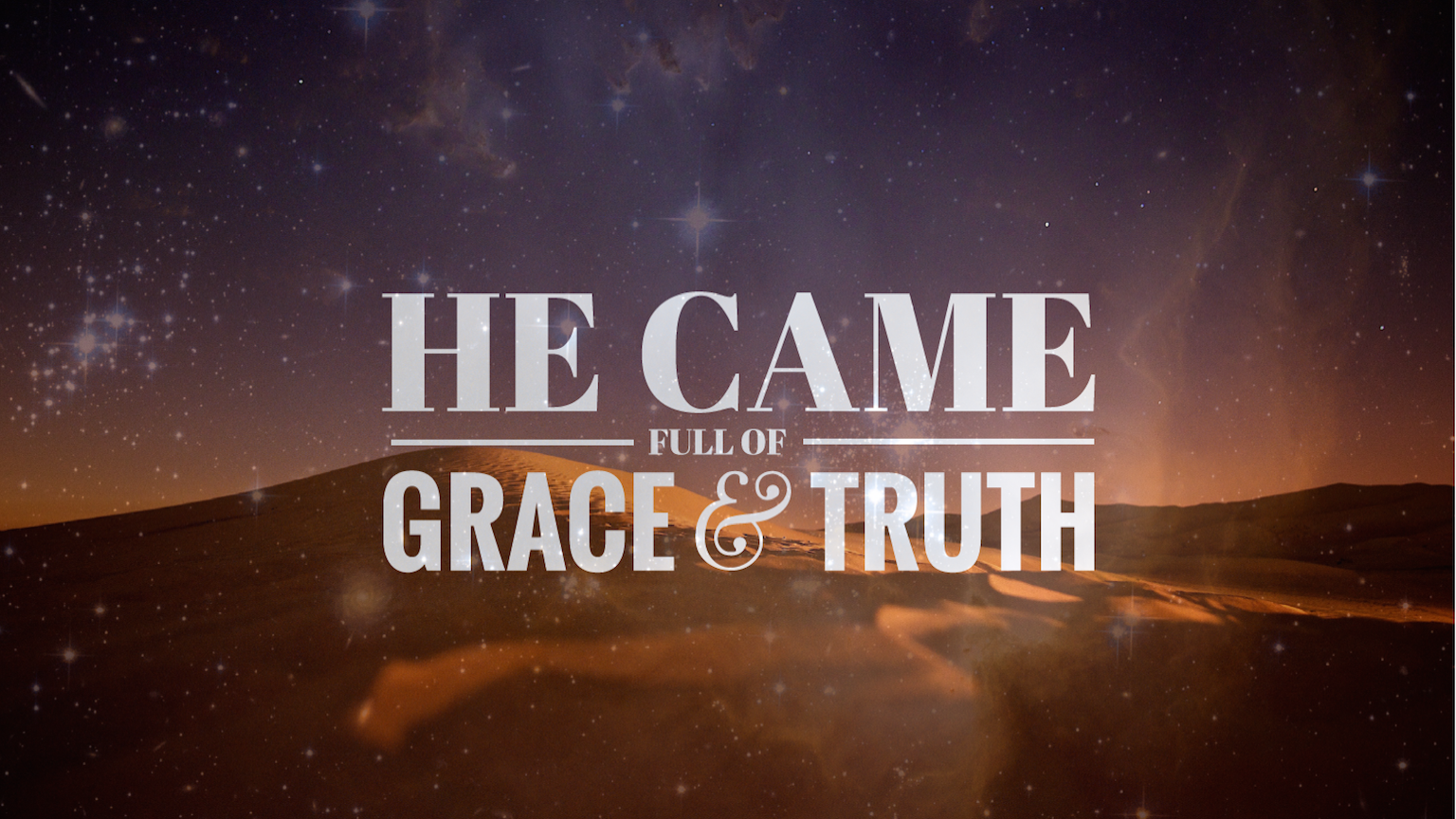 Psalm 25 | John 1:14-18
We have seen his glory, full of grace and truth.
I must have read or listened to these words dozens and dozens of times – every Christmas of my life, to begin with, and I’m sure plenty of other occasions as well, but I think every time I’ve stopped on the incredible, miraculous words before them “the Word became flesh and lived among us”, those words which speak to the fundamental mystery, the core miracle, of the Christian faith, the incarnation of God as Jesus.

But John doesn’t stop at “the Word became flesh”. In a couple of verses time he’ll rewind to the start of his telling of the story to introduce John the Baptist, but before he does so he has these few short verses that we’ve heard read today to tell us something about what it means that we have seen his glory, full of grace and truth.

So that’s our theme for this Advent and Christmas season – truth and grace.

And it seems to me that the story people tell around truth and grace often puts them, as it were, in opposition to one another.

As if to say “truth says that we are fallen, failing people, sinners unworthy of God, but grace welcomes us anyway”. Truth makes a right assessment of the world, of our actions, truth shines the light into those dark corners of our lives that we’d rather remained just that – dark – truth reminds us of the words we’ve spoken, deeds we’ve done, opportunities we’ve chosen not to take. Truth tells us everything that is wrong with us, and then grace reassures us that we are forgiven and loved anyway.

It’s a way of thinking that lies behind a lot of evangelistic approaches – that the good news, the gospel, begins with “you are fallen, sinful people, worthy of God’s punishment”; that we need to be told the truth – that we are lost – in order to then appreciate the offer of salvation.

Grace, in this way of thinking, saves us from truth.

But that’s not the way that John portrays Jesus; not, in fact, the way any of the gospels portray Jesus, with the possible exception of his dealings with the religious elite, the self-righteous who need to be taken down a peg or two.

The contrast we get here, instead, is in the next few verses:

The law indeed was given through Moses; grace and truth came through Jesus Christ. No one has ever seen God. It is God the only Son, who is close to the Father’s heart, who has made God known.

There’s a rhythm to these words – remember, John’s preferred form of theology as poetry:

The effect is not to invalidate the law, but it is to place it into a context in which it is reduced in importance. The law was given through Moses – it is of God, from God – but grace come through the Son of God, the one close to the Father’s heart, the one who has made God known. From his fullness, indeed, we have all received, John writes, grace upon grace.

And it is to grace that the word ‘truth’ is attached.

The law of Moses is not truth – it is, as Paul will write elsewhere, like a tutor, a schoolmaster, not truth, but there to lead us to truth, to lead us to the revelation of God in Jesus, the Son, who is close to the Father’s heart, and who makes God known.

The truth of God is grace.

Grace is not set against truth, grace is not some sort of antidote for, or solution to the problems of, truth.
Grace is the truth of God.

Grace and truth don’t come into being with the incarnation, with the birth of Jesus, of course. The grace of God, not as a counter to truth but as an expression of it, is to be found throughout the scriptures; sometimes its hard to find, sometimes, like in today’s psalm, it’s right there on the surface (“turn to me, be gracious to me”).

And at the same time, it is in the life and ministry and death and resurrection that the truth of God is shown most truly, most fully, most clearly.

For this is the glory that we have seen in him; the declaration that grace and truth do not stand in tension with one another, do not sit on opposite sides of the debating chamber, but that the truth of God is grace.

The first thing we know of God is grace – the gift of creation, given to us completely independent of anything we might do or have done.

The gift of life – again, given to each of us not because we’ve earned it, or in order that we might do so, but given, as an act of grace.

The provision of God who, as Jesus says, sends the rain to fall on the righteous and on the unrighteous; God’s grace, given equally to the deserving and the undeserving.

The gift of love – our ability to love and to be loved – given to all, whoever they are, a gift of grace.

The words of Jesus to the paralytic (“your sins are forgiven”), to the women caught in adultery (“neither do I condemn you”), to the thief on the cross (“this day you will be with me in paradise”) – again and again and again, Jesus’ life shows that the truth of God is grace.

And the Word became flesh and lived among us, and we have seen his glory, the glory as of a father’s only son, full of grace and truth.