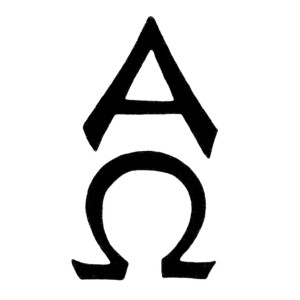 Hope in the loving King

If you made a list of topics that preachers would really rather not be asked to preach on, I’m guessing that the book of Revelation would be up quite near the top.

Not at the top – that spot would probably go to the Old Testament stories of God-ordained genocide, or the Psalms of revenge (“blessed be he who dashes your infants’ heads against the rock”) – but certainly near the top.

But I would also guess that the book of Revelation stands near the top of another list – the ‘bits of the Bible people would like to hear someone explain to them’ list. Indeed, know it appeared more than once when we surveyed that question last year.

So when I saw that the lectionary offered us a series of passages from Revelation for the season of Easter – the six Sundays from now until Pentecost – there was a little feeling of “hey, why not take a look”. And I’m glad I did. Because what emerged from that quick look was a sense that this book has far more to say to us today than I had ever imagined.

Because the book of Revelation, amongst many things, is a book about hope. And that’s something that seems to be in short supply in the modern world.

But to get to that point we do first have to deal with the fact that so much of the book is written in a literary style that is incredibly alien to our way of speaking, writing, and thinking. Beasts with seven heads and ten horns, death riding a white horse, talk of ‘time and time and half a time’; it really seems to fit far more into the mould of drug-induced hippy culture. Indeed, one of my favourite albums as an angsty teenager, “The Lamb Lies Down on Broadway”, emerged from that very culture and is packed full of allusions to the book of Revelation.

But that connection, spurious though it is, may give us a bit of a clue as to why we find it so hard to get the point of the book. And that is this – this form, this style, of literature, the apocalyptic writings (which are found in many cultural traditions) are written by, to, and for, those who are outsiders.

And to a greater or lesser extent, that’s actually true of the whole Bible – none (or very little) of the Bible was written by people who were in power, in charge of their own destinies. Even the Old Testament narratives of the Kingdom of David and Solomon were written, for the most part, after that Kingdom had fallen, when the people were in exile. The creation stories, and the story of Abraham probably emerged during the captivity in Egypt.

And of course the whole of the New Testament is written about, and to, a people exiled in their own land; under the power of Rome as people of Israel or as the persecuted early Church.

So in a sense the difficulty we have with the book of Revelation is the same difficulty, writ large, that we ought to have with the whole of the Bible. That we are not, however anti-Christian some might like to portray modern society, a socially excluded, religiously persecuted, economically disadvantaged minority.

But what we are, and what we have in common with all those for whom and to whom the scriptures were written, is in need of hope.

Because that seems to be the common lot of humanity, at least most of us, at least most of the time. In our discussions around the new iteration of the strategic plan for Roseville Uniting Church we discussed the fact that while we live in a community which, for the most part, wants for very little – in physical terms – there is still an unmet need; a need you see, as Chris Savundra put it, in the faces on the train. A need for community, for meaning, for purpose.

A need, perhaps, for hope.

Parents worrying for the future for their children – not just about schools and universities and jobs, but in the seemingly increasing tide of mental illness, for the more basic things of health, happiness, resilience.

Younger generations worrying about climate change, and about the seeming inability of those in power to take seriously the existential threat that it poses.

People worrying about the instabilities in our world, religious and political violence, the massive displacement of peoples seeking safe haven, and what that might mean for us, for our society, our way of life, our safety and stability.

And all that, of course, on top of the very personal needs for hope; in the light of the struggles of those we love, in the search for meaning and purpose, in the face of our own mortality.

And so it is that the book of Revelation opens with words of hope. Hope from the last book, hope in the loving King.

To him who loves us and freed us from our sins by his blood, and made us to be a kingdom, priests serving his God and Father, to him be glory and dominion for ever and ever.

John is going to spend much of the book painting a frequently surreal, impressionistic picture of the deep reality of the cosmos, a picture in which the ultimate authority of God the father, the ultimate defeat of those who would stand against God, and the ultimate victory of Jesus will be the central, recurring, irreducible theme.

He who loves us.

He who freed us.

He who made us to be a Kingdom.

He who appointed us as priests.

“I’m going to tell you the great story of Jesus battling with all the forces of evil in the whole of reality,” John says, “but first I want you to remember that this is the same Jesus that you know – the one who loves you, the one who saved you.

Because the truth is, we don’t need hope in the abstract as much as in the concrete.

We don’t need hope in the grand scheme so much as in the day to day.

But here in the opening of his book, John connects the two. The hope of the universe, he wants us to know, is the same man Jesus who gives us hope, meaning, purpose.

And the man Jesus who loves us and set us free; he is also the one who is the hope of the whole of creation. The alpha and omega, the one who is, and was, and is to come.

The book of Revelation is mostly very big, because that’s the way that apocalyptic literature works. It’s epic, it’s about everything, all power, all space, all time.

But John wants us to know that it is also about us. That this cosmic battle, this whole-of-creation story that he is telling is the struggle that Jesus engaged in for our sakes.

Because he loves us, he saved us, and made us into the people of his Kingdom.

That is where hope begins, here in the last book.