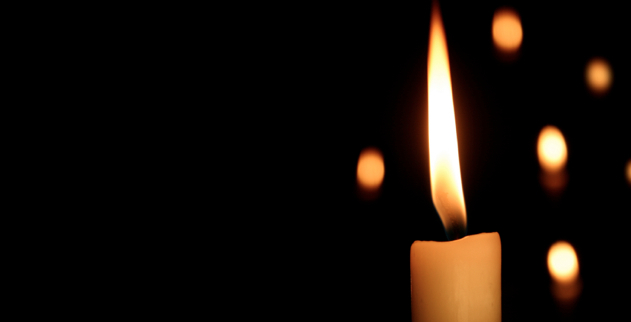 And so today we begin that journey of getting ready for Christmas, the journey of advent.

Of course, the idea that we are just now beginning to get ready for Christmas is a bit of a joke, really. I’m sure that you started thinking about, and planning for, Christmas, long before today. Certainly for those of us in ministry Christmas isn’t something you can leave until the last four weeks and have any hope of getting things done, and I’m guessing that your household, like ours, has a list somewhere of jobs that need to be done – and I’m also guessing that that list has a disturbing habit of growing longing rather than shorter.

Try as we might, we cannot completely avoid the crazy busyness of the time of year; end of school, start of summer, family get togethers, special Church events, parties, celebrations.

And nor, really, would we want to.

What we do want to do, as God’s people, is not to escape or squash the energy of the season, but to supplement it, season it, return to it the flavour of the birth that lies at its core. For many people can be so busy in December that they walk right through this mystery without entering into it, without even noticing it is there. Perhaps they never learned how to enter the mystery of Christmas; or perhaps they forgot. Perhaps, sometimes, that is us.

As is so often the case in our modern world, the greatest challenge is to find a way to stop out the noise of life for long enough to make space for the story. Maybe you have a routine that works for you, a pattern of prayer or reading or reflection that enables you to keep the Christ story alive in the Christmas season. Perhaps you light an advent candle, or open an advent calendar.

Or perhaps you just rely on at least having an hour or two each week on Sunday, following the patterns of getting ready that Christians around the world and for hundreds of years have used, with each week adding one more part to the story, one more candle to the wreath, one more piece of the mystery.

So today – the first Sunday of advent – is the day of the Prophets, and we mark it with a reading from the prophet Isaiah, one of many of Isaiah’s prophecies that we in the Church have taken and identified with Jesus.

And if you’ve ever listened when I’ve spoken about the Hebrew Prophets you’ll know that I’m slightly uncomfortable with the way we do that, the way we take prophecies out of their context and their culture and their history, and identify them with Jesus and him alone.

Which becomes almost impossible to do when you read the writings of the prophets as a whole, and not just the extracts chosen by the New Testament writers or the designers of the lectionary. Read the whole of Isaiah, and there is no consistent sense that he was speaking of future events – sometimes, as in today’s reading, he clearly was, but at other times his words seem to be for the present. We misread the prophets when we read them as existing solely to point forwards to the time to come.

I do believe that the prophets spoke of Jesus – but often indirectly. That they spoke of Jesus because they spoke of the nature and character of God; because they voiced the things God cares about, condemned the injustices that hurt God’s people (which is to say, everyone) and God’s creation (which is to say, everything), described the future God has always been working to create. And so much of what they said found echoes, fulfilment, even, in the person of Jesus, because he, most perfectly of all, reflected that same character of God, declared that same Kingdom of God.

So in hearing the words of Isaiah chapter 2 today, and many other prophecies in the weeks to come, and finding their fulfilment in Jesus and in the Kingdom, let us recognise that we do not in doing so exhaust their meaning; that other figures of the past, present, or future may also echo these words, to the extent that they too echo the voice and nature of God. That while Jesus most surely is the ‘Prince of Peace’ that Isaiah foretold, that does not exclude others, past, present, or future, from, partially and imperfectly, filling that same role.

Isaiah wrote at a time of trouble and turmoil for the people of Israel. The kingdom was divided and besieged; the people had not yet gone into exile, but the time of David and Solomon, the time when all nations recognised Israel, when the Queen of Sheba came to visit King Solomon; that time was a distant memory. Deep in the national psyche was the promise and calling of God; that they were to be a light to the nations, a blessing to all kingdoms of the world; an embodied image of what it meant to live as God’s people that all nations could see and learn from.

But now they were a mess. Corrupted, divided, defeated. No inspiration to anyone.

And Isaiah, in the midst of prophecy condemning Israel for its failings, makes this promise: the day will come when once again the city of God is held high. And people from all the nations will flock there, longing to know the wisdom of God: ‘let us go to the mountain of God,’ they will say, ‘that God may teach us God’s ways’.

For from the city, from Zion, from God, instruction will go forth, out into the world: God and God’s people will by their lives and words and example teach the world.

And the promise continues with those famous, almost painfully hopeful words:

they shall beat their swords into ploughshares,

and their spears into pruning-hooks;

nation shall not lift up sword against nation,

neither shall they learn war any more

And why will they do so? Why will swords and spears and war no longer be needed? Because God will judge and arbitrate between the nations. War does not vanish, in the vision of Isaiah, because people become nice; this is not the ‘war is over, if you want it’ of Yoko Ono. War is no more, in Isaiah’s prophecy, because there is judgement, arbitration, justice between nations.

For all their many imperfections, this is a peace that find echoes in the aims at least of the United Nations, the European Union, the Organisation of African Unity, the International Criminal Court, the intergovernmental panel on climate change. It is the peace that arises from international development and cooperation, not from an obsession with the national interest. It is the peace that builds bridges and welcomes strangers, not that builds walls and imprisons asylum seekers.

It is a peace we would identify with the Kingdom of God, a kingdom in which all are valued and protected, in which the destructive power of entrenched poverty and entrenched privilege is judged and found wanting.

It’s not a peace of no problems, of perfect niceness. It’s a peace of justice: the Word of the Lord will go out from Jerusalem and judge between the nations and arbitrate between many peoples.

Last week Sureka shared stories from the Christian Church around the world, the way that in so many places the Church is playing a role far beyond its numbers in bringing the peace that comes from cooperation and mutual understanding between peoples.

But the story that sticks with me most was of her time in South Sudan. Now I admit that part of the reason that story sticks with me is that I can still remember my “you’re going where?” reaction when I heard that her next trip was to a nation famous only for internecine violence. But how powerful is the story, of Christian leaders whose families had been at war with one another, who had lost loved ones at each other’s hands, sitting together to seek a future of peace.

A peace which does not deny the past, but which despite the pain and in defiance of injustice, bends swords into ploughshares and spears into pruning-hooks, in the name of the Prince of Peace.

That is the promise; and we see shadows and rumours of it. But we live in the meantime. Hence the words the prophet finished with: O house of Jacob, come let us walk in the light of the Lord. For if the word of the Lord is to stream forth once more from God’s people, then God’s people are going to have to live lives which shine with that word, lives that show the value of life lived God’s way. For how can God’s instruction flow from us if we have not heard it, not committed to it, not lived it.

As we approach the mystery of the incarnation, as we prepare to enter into it, let us prepare ourselves also for living the lives of radical discipleship that demonstrate that the Kingdom of God Jesus came to proclaim is worth noticing, and to share the stories of what God has done in our lives and what God is doing in our world, so that the people around us might say “come, let us go to the house of the Lord, that God may teach us God’s ways”.