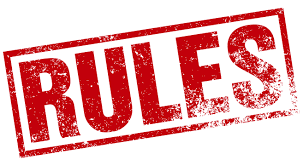 So in Christ, we talked about last week, in Christ we are one body, each of us members of one another. This unity, Paul reminds us, is something we have, like everything we have, by grace; we did not create the unity of the people of God (let’s face it, we’re actually pretty rubbish at creating unity) – it’s not a human organisational unity, but a profound theological truth. Whatever it looks like, however we feel about it, we are one body in Christ.

And Paul went on to emphasise that this unity is not one of uniformity; quite the opposite, in fact; the functioning of the body depends upon our difference.

And it’s this sort of interdependence that Paul is leaning into as he lays out the implications, in this passage today, his rules of living – and in particular, for living together.

Rules that he summarises, so as so often, with the command to love: “love one another with mutual affection; outdo one another in showing honour”.

And the whole of the rest of the passage paints a picture of what that looks like. What it looks like for a cell, an organ, a member of the Body of Christ to function as part of the body.

And this picture is one that Paul paints by this quickfire, almost impressionistic sequence of short sharp descriptions of the Christian life:

You could take any one of those and spend a whole sermon pulling it apart; to work carefully through the whole list is the work of a book, not a fifteen minute reflection. So I’m just going to pull out three of these which struck me as I read this list; maybe as you were listening to the reading God drew another to your attention. But here are my three.

We know at the moment just how hard it is to weep with those who weep. Don’t you feel like you are just running out of tears as you weep for the nations ravaged by COVID-19, for the families who have lost loved ones, for the people of Lebanon, for the friends and families of the victims of suicide in our schools.

Weeping with those who weep can be hard, but everyone likes to rejoice, right?

The second phrase that I’ve picked out will come as no surprise to those who’ve often heard me speak – it’s one of my favourite texts: extend hospitality to strangers. That word hospitality in Greek is philoxenia. Xenia means ‘the other’, ‘the alien’, ‘the foreigner’; it’s the same root as we have in xenophobia, fear of the one who is different.

Normally when I speak on this phrase, or on this word, I want to emphasise that aspect of hospitality; the reaching out to those who are different. And that’s certainly as important as ever – in a time in history in which xenophobia seems to be weapon of choice for politicians and tyrants on both sides, in which stirring up fear and hatred of those who are different – those who worship differently, those who dress in a way that marks them out as different, those whose sexuality is different.

Fear of the stranger is used to justify the very worst of our nature, and the call of the gospel does not just reject this: it calls us to the exact opposite. Not just to reject xenophobia but to replace it with philoxenia; familial love for the stranger.

But in this time of lockdown I think we are also challenged by the much more conventional meaning of hospitality; the welcome that we offer to one another. Especially, perhaps, to those of our own fellowship who are feeling isolated, excluded, unable to join us for the worship that they so value.

In the weekly notices I wrote about possibility of creating small ‘bubbles’ of Church; groups meeting in small gatherings in people’s homes, just as the early Church did, as a way of reconnecting with one another, and especially of enabling those who have been isolated to reconnect with their community. Perhaps the challenge of hospitality today is for us to consider whether we might be able to go beyond the fairly comfortable experience of Zoom Church to invite others into our bubbles, to re-connect not because we need it (though we do) but because others need it more.

And the third phrase which struck me: If it is possible, so far as it depends on you, live peaceably with all.

I love Paul’s realism here; as far as it depends on you. We only control one side of our conflicts; though we know that when we choose peace it makes it possible for the other to do so too, we cannot compel others to live peaceably.

But let those things put our other conflicts into perspective. Most of our conflicts, most of our strife, day by day, does not fall into this category. How is it that within the body of Christ we seem to get more worked up about styles of music and positioning of furniture than about what Jesus called “the weightier matters of justice”?