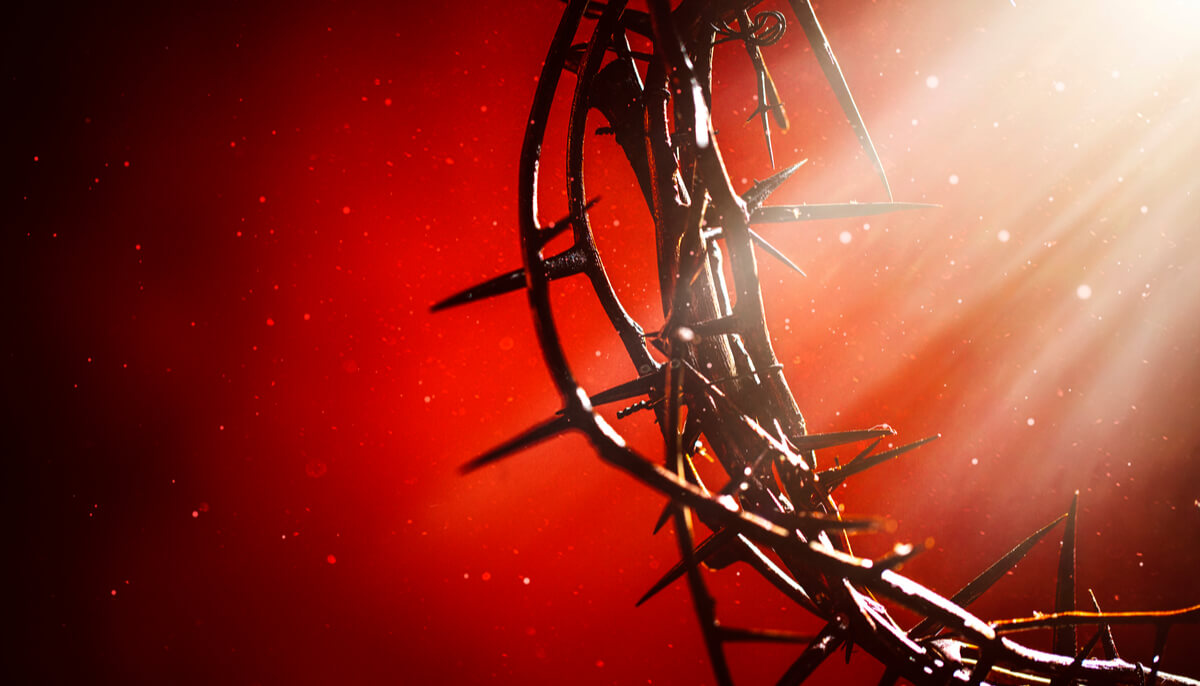 The story of the snakes in the book of numbers is one of those that I’m pretty sure we would never read in Church if it were not for the fact that Jesus made reference to it in what is probably the most famous passage of the Bible – his conversation with Nicodemus in John chapter 3.

But perhaps it might be wise to ask why it is that Jesus chose this somewhat obscure and, let’s face it, rather unpleasant story to lead into his great and profound declaration of God’s love?

What in the story of the snakes finds an echo in – or perhaps, is a pre-echo of – the salvation that Jesus described himself as bringing? Is it more than just a pun on the words “lifted up”?

The role of the snakes in the story as told by the author of the book of Numbers is complex and rather ambiguous. For a start, of course, the snake represents the enemy from the earliest days of the Jewish tradition; the tempter, the one who leads people astray.

And here too, the snakes are certainly an enemy – they are venemous, they bit the people, and people die.

But at the same time, the snakes are the tool of God: God sent them among the people as judgement for their rebellion. And then as if to just make it more complex still, the snake is turned into the symbol of the solution – the sign by which the people can be saved (by God) from the very judgement that the snakes were sent (by God) to bring.

The snakes are the judgement, the problem, and the solution, all rolled into one. And this is the image that Jesus chooses to apply to himself, when he comes to speak of salvation.

Which really brings home the central question of John chapter 3: a question which theologians, with a certain flair for pompous language, refer to as the question of “soteriogical necessity” – why, or from what, or for what, do we need to be saved?

Why do we need to be saved?

Now for some the answer to that is rather simple: we have sinned against God, God is just and so there must be consequences of our sins – a penalty, a punishment. Our need to be saved from the righteous anger of a just God; Jesus saves us by taking the penalty upon himself.

And that is an image used in the scriptures – indeed, it fits easily with the story from Numbers. God, the just judge, sends the snakes as deserved punishment; but also sends a way that the people can turn back to God, and avoid the deserved consequences of their sin.

This was language and understanding that was well understood in the day of Jesus. God sending judgement in the form of the condemnation of all who have rebelled against God.

At our ecumenical service last Tuesday, Father Colin reflected on our gospel reading, saying that there was a problem with the words “God did not send the Son into the world to condemn the world”. That problem was that the words needed to be said at all. That the possibility that God’s primary response to the sin and brokenness of the world would be that of condemnation was real enough it had to be explicitly denied.

And deny it is exactly what Jesus does.

God did not send the Son into the world to condemn the world.

The reign of God that Jesus came to declare and to make real was not going to be ushered in by condemnation of those whose lives were not consistent with the way of God.

For the reign of God was characterised, defined, by love, not condemnation.

But this is not a love that simply ignores that which is wrong. Jesus goes on to speak, not of condemnation, but of judgement.

Jesus’ desription of judgement offers a rather different sense of what it means to the judicial, legal, image. He doesn’t offer us a picture of judgement a just judge, measuring us against a standard and declaring the rightful punishment.

Instead he offers the image of light.

Light has come into the world. And those who see the light, those who experience its brightness, have a choice. They can believe in the goodness of the light, they can walk into it, proud of what is good and noble in themselves, and prepared for what is broken and rotten to be seen and dealt with; or they can hide in the shadows. There is no judge saying ‘you may enter the light, but you, you are not worthy’. There is just the light, and the choice: come to the light, or choose the darkness.

The light doesn’t judge; it reveals. The judgement is one we bring on ourselves.

Our deepest need for salvation, it seems to me, is not to be saved from God’s anger because of the things that we have done wrong – for God is far, far more ready to forgive than we are to receive that forgiveness. God’s forgiveness is free, ready, available to all who will choose to step into the light and see that they need to be forgiven. To be saved from God’s anger is not a great need – it is a given.

people loved darkness rather than light because their deeds were evil. For all who do evil hate the light and do not come to the light, so that their deeds may not be exposed

Every one of us has things in us, things in our lives, of which we are rightly, nobly, proud. Things we’ve done that are simply good. Times we’ve made the right decision, done the hard but good thing, gone the extra mile, taken trouble to help, given of ourselves out of love, stood for justice. Every one of us has these crowns, these jewels, these nuggets of gold, that we are, in a good sense, proud of.

We probably wouldn’t make a thing of them – that would seem to devalue them somehow – but if someone quietly said to us “that was good, that thing you did” we would accept the praise – humbly, but knowing it was fair.

We all carry with us, in us, the gold and the shadow. The life giving, and the life destroying.

Lent is traditionally a time to be honest, at least with ourselves and God, about our shadow. To recognise and acknowledge it. To say “yeah, that is part of me too”.

Come into the light, and all will be truly seen. An uncomfortable, embarrassing, terrifying thought. But the gospel of Easter is that there is nothing so dark, nothing so mean or ugly, that Jesus will not take into himself, nothing that, when brought into the light, will cause God to turn away from you.

In the light of God, there is hope, acceptance, forgiveness, and even the power to change.

For God did not send the Son into the world to judge the world, but in order that the world might be saved through him. Not saved from judgement – but saved by judgement. Saved by the light which shows us our right and our wrong; the same light that will burn away that wrong and leave us to walk in the day, in the freedom of knowing that we are known, and even so, we are loved.