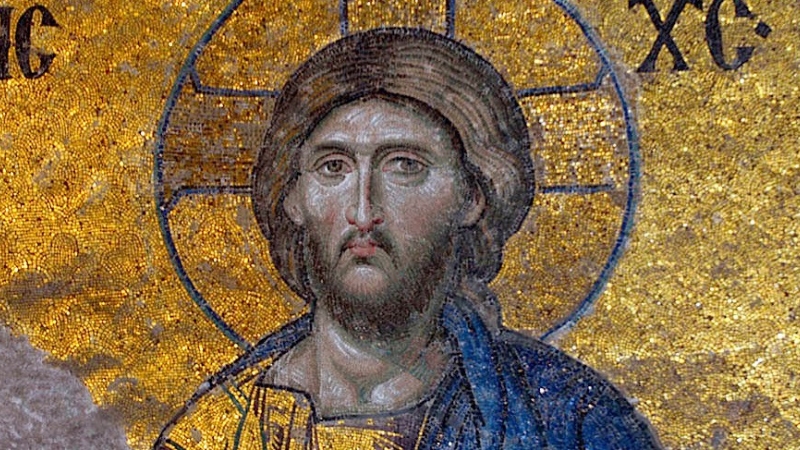 The last Sunday in the Church year is traditionally known as the festival of Christ the King. And it’s a celebration that I think many of us in the modern world find slightly awkward, a little anachronistic. After all, we don’t really care much for kings nowadays – even most royalists in Australia would object to the idea of the monarch having absolute power over his or her kingdom.

But there is no getting away from the fact that the word “kingdom” has been at the heart of all of Jesus’ preaching: his opening words of ministry “the Kingdom of God is at hand”; in the Lord’s prayer “your kingdom come”; in parable upon parable “the kingdom of God is like…”. We might, as I have suggested before, remove the patriarchal edge by speaking of the reign or realm of God – but that sense of the rule of the monarch remains.

And in our reading today, taken from Jesus’ trial, his teaching about the rule, the reign, of God, has brought him finally before the face of another rules; Pilate, the representative of another kingdom, the empire, Rome.

And so we hear today a dialog between Pilate and Jesus, a dialog about Jesus as King. Jesus has, essentially, been accused of treason, of setting himself up as a king against the rule of the emperor. Pilate asks him if this is so, if Jesus is indeed the king of the Jews. And, after a bit of to and fro, Jesus makes a profound declaration about the nature of his Kingdom.

“Are you the King of the Jews,” Pilate asks. And how we read Jesus’ answer crucially shapes how we understand our faith, what it means to be people of Jesus, people of the realm of God.

In some versions of the English language Bible Jesus’ reply is translated “my Kingdom does not belong here”; others have the ambiguous “my Kingdom is not of this world”. Both of which allow a highly spiritualised understanding of the Kingdom of God, as if Jesus were saying “you don’t get it. My kingdom isn’t here! When I talk about a kingdom, it’s a kingdom that isn’t part of this world. It’s totally elsewhere, it’s a spiritual reality, something people can only really experience in the next life, or in a deeply personal spirituality.”.

It’s an answer that makes sense, and fits with a certain pattern of understanding of the Christian gospel: God’s realm is elsewhere, this world, this life, is just about getting ready, about getting people saved so that when they die they will be able to be with God.

It’s an answer that makes sense. It’s just not the answer Jesus gave, at least as recorded in John’s gospel.

Jesus gave the answer three times. The first two times the language is ambiguous. Often – and safely – translated “my Kingdom is not of this world”. But the third time the phrasing is different. “But as it is, my Kingdom is not enteuthen” is the Greek, “from here”, or “out of here”. It’s the word used when you say “go from here” (or “get thee hence” to make it sound more Biblical), or, as might be said to a stranger “you ain’t from around here”. It’s the same root word that’s used of childbirth “Jesus was born from Mary”.

This isn’t Jesus telling the secular authorities “look, we can live happily together. My kingdom is just a spiritual one. It doesn’t belong here on earth, in the nuts and bolts of politics and empires and public policy. You can look after that side of things. My kingdom belongs in another world”.

Far from being a declaration that his Kingdom is no threat to the secular world, Jesus words read more like a subversive manifesto. “My reign doesn’t come from here… but I was born to be a king, and it was to be a king that I came into the world… and everyone who belongs to the truth listens to my voice.”

The prayer at the heart of the Christian faith begins “Father in heaven, your name is holy, your reign come, your will be done on earth as it is in heaven”. There is a realm elsewhere, where God’s will rules supreme: Jesus taught his followers to pray that it would come into this world. And now Jesus says “My kingdom doesn’t come from here, but I came into this world to be king.”. The language is more like that of the leader of an invading army than a spiritual guru.

Except that that doesn’t quite fit either. For Jesus links something else to the not-from-here nature of his Kingdom. “If my kingdom were from this world, my followers would be fighting to keep me from being handed over”. The leader of an invasion from another nation, whether it be an invasion by overt strength or covert subversion, would not be taken without a fight.

So we see Jesus accept the label of King, declare that his Kingdom is an invasion from another place, but in the same breath contrasts himself with any military or political leader Pilate had ever encountered.

It’s as if Jesus – as he so often did – was answering a question by, in effect, saying that they it is the wrong question. Pilate asks him “Are you the king” and Jesus replies “the question is, what sort of kingdom?”

And if you want to know what sort of Kingdom, you might start by looking at where it has come from. Looking at its source of power and authority. For if you know where a kingdom draws its authority from, you will know a great deal about what sort of kingdom it will be, what it will value, what it will fight to protect. The Roman empire drew its power from order and structure; the disciplined military, the systems of administration and taxation; the rapid and ruthless suppression of anything that threatened law and order. A great deal was permitted, as long as it did not interfere with the smooth running of empire.

Other empires in history have drawn their power from the generation of wealth; whether that be the commercial European empires of the nineteenth century or the corporate empires of the twentieth and twenty-first. Such empires will turn a blind eye to many things, as long as they do not impinge on the profit that is their lifeblood; but will be ruthless in their assaults on anything that does – going to war over trade routes – and unable to comprehend a leader whose power did not depend on wealth, as the British showed in their failure to understand the power of Mahatma Ghandi.

Or of course today we face new would-be empires, which draw their power from fear and a sense of “us” and “them”, and operate which by acts of terror designed to create an atmosphere of mutual distrust.

This is the contrast Jesus paints for Pilate. Your understanding of king, he tells him, is shaped by Rome. You can’t imagine a king who does not draw his power from an army, who does not fight to be kept out of the hands of his enemies. I’m a king, but my reign doesn’t come from the things of this world, doesn’t draw its power from those things. It isn’t built by power and wealth or by structure and order. It doesn’t depend on them. And so it can’t be judged by income or population or GDP or geographic extent.

It’s here, under your nose. The Kingdom of God at hand, but you can’t fight it, because you don’t understand it, and because it doesn’t answer to your weapons. It’s not built on the foundations you value, you know how to use.

The Kingdom of God is from beyond; it draws its strength, its authority, its power, from beyond. Which is why it can never be measured by the metrics or standards of the world. Because you cannot measure an act of sacrificial love. You cannot measure the meaning of sitting with a homeless man and sharing a meal with him. You cannot measure the joy of a young women given the opportunity to attend university against all the odds, or the wonder opened up to children when they are the first generation who have the chance to learn to read.

You cannot measure the second chance given by reconciliation, the ripple effect of those who stand for justice, the difference made to the world by acts of random kindness and beauty. You don’t understand the power that flows when a young person rejected because of their sexuality or their gender identity finds acceptance.

You cannot measure the meaning of generation after generation faithfully meeting to worship God in a place, as a community.

You cannot measure them, but they are the things of the reign of God. They don’t come from here, they don’t follow the rules of the world. They may even be judged foolishness by those who can see nothing beyond the kingdoms of man.

The foolishness of the one who died, the one to whom we pledge our allegiance week by week, day by day.

Whose rule and reign did not come from here, but is here, and ever will be.