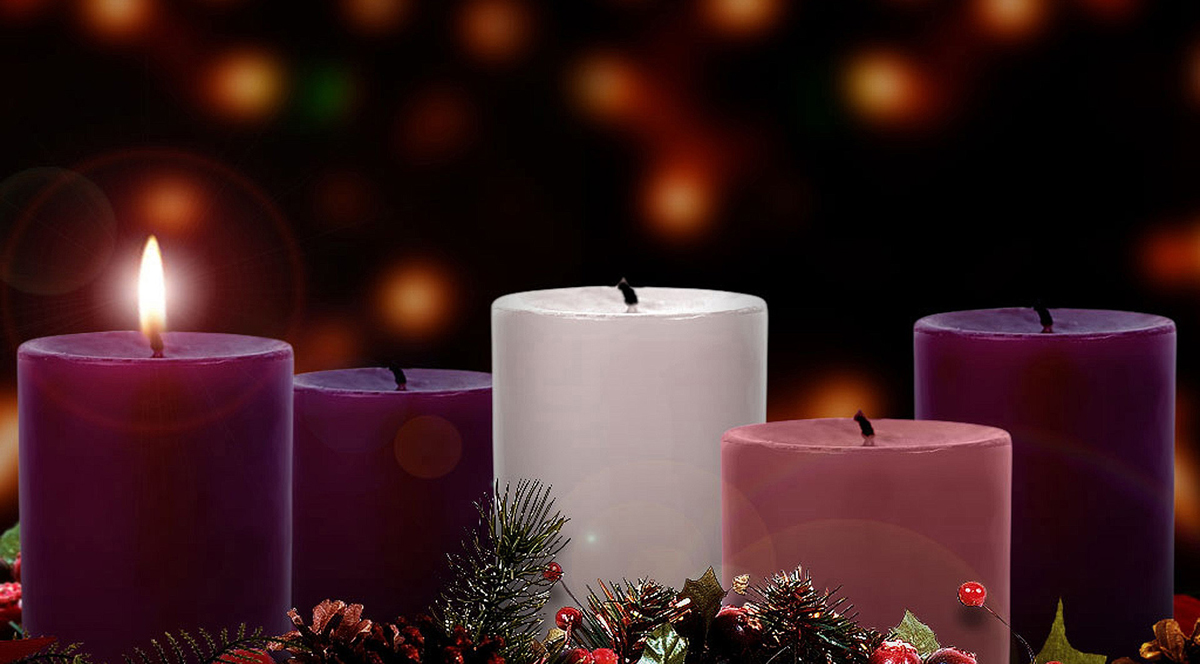 Of course, in the past couple of years, waiting has taken on a very different set of meanings for us around the world. Waiting for lockdowns to finish. Waiting to get a vaccine. Waiting to see loved ones. Waiting for the results of your latest COVID test. Waiting for schools to reopen. Waiting to be able to get a haircut (that one hasn’t been such an issue for me).

And waiting has been one of the great themes of the experience of the people of God throughout history. The prophet Jeremiah wrote around six hundred years before the birth of Jesus, in the last days of the kingdom of Judah, the last years before the destruction of the first great Temple. The nation had turned to worship idols, to pagan ways, turned away from the worship and service and obedience to the one true God which had defined them as a people. But while Jeremiah prophesied the destruction and judgment that he is famous for, he also spoke words of hope for the future.

Words for waiting to.

And then the word of God came to Mary, to tell her that the wait was almost over. That she was with child, and that this child would be the one. The messiah, the righteous branch from the tree of David.

But though a baby grows quickly in the womb, still she must wait nine months to see her longed-for child born. And though a baby grows all too quickly to a child, and a child to a youth, and a youth to an adult, still it would be thirty years until the promises of Jesus’ birth began to be fulfilled.

But surely then, the waiting was over? Surely this was what the people had been waiting for – surely this was it. Surely now the time had come, and the kingdom was going to be restored?

Or were they still waiting?

Are we still waiting?

Are we still waiting for the messiah to make all things new?

Still waiting for the world to be made right, for the lion to lie down with the lamb, for the swords to be beaten into plowshares, for a time when God will wipe away every tear?

At Jesus’ birth the angels sang “Peace on Earth”. In their song of the same name, U2 say this:

Jesus in the song you wrote,

the words are sticking in my throat,

Hear it every Christmas time,

but hope and history won’t rhyme,

so what’s it worth, this peace on earth?

Are we still waiting for that, too?

While we wait for our booster shots, billions of people around the world are yet to get access to any COVID vaccines. Still waiting.

Waiting for a train to go or a bus to come,

or a plane to go or the mail to come,

or the rain to go or the phone to ring,

or waiting for their hair to grow.

Everyone is just waiting.

Waiting for the fish to bite

or waiting for wind to fly a kite

or waiting around for Friday night

or waiting, perhaps, for their Uncle Jake

or a pot to boil, or a Better Break

or a string of pearls, or a pair of pants

or a wig with curls, or Another Chance.

Everyone is just waiting.

Is that what it’s like for the people of God? Just standing around, killing time, hoping something will change but suspecting it probably won’t? Waiting for something – we know not what – to happen, trusting that we can just hang on until it does?

Waiting for Jesus to make the world new?

When Jesus came and announced the kingdom of God was at hand, it seemed as if the waiting was over. For the kingdom that Jesus came to proclaim was not the nation of Israel, not a kingdom in any geographic or socio-political sense, but a kingdom that would cross the globe and span the centuries, a kingdom whose citizens would be all those who sought to be the answer to the opening lines of the prayer Jesus taught – your kingdom come, your will be done on earth.

And yet… and yet… we are still waiting.

Because all those glorious words about the kingdom are only partly fulfilled. We have had a taste of the banquet of the kingdom, but we have not yet sat down to eat. We have seen the glimmers of what could be, seen the possibilities of reconciliation, of justice, of lives governed by compassion rather than selfishness, but we still live in the shadows.

So it seems that we are people both waiting and not waiting, people for who the time has come, and people who still long for a future. But our waiting is nothing like Dr Seuss’ waiting place; it is not a waiting of passivity, hanging around expecting something to happen. Our waiting is active, full of life.

One of my favourite Christmas Carols is “Once in Royal David’s City”. I think the words have been brought up to date in most books now, but it used to end “When like stars, his children crowned, all in white will wait around”. It always conjured up for me an image of a people dressed like sunday school angels, waiting at a bus stop.

But waiting, in that carol, does not mean standing around. It carry the sense of “waiting on tables”; it means working, serving. Serving God, and serving all God’s children, all God’s creation.

Our waiting is a time of work, of struggling for the kingdom.

Our waiting is not killing time without hope but being the ones who bring hope.

Our waiting is not struggling to hang on to our past but allowing the wisdom of our past to shape the future.

Our waiting is not being a community who hope that others might come and join us, but being out in the world, both the physical world and, as we have increasingly discovered in the past two years, the virtual world as well, inviting others to “taste and see that the Lord is Good”.

And our waiting is not for ourselves alone, but for all those amongst whom we live, for our friends, family, neighbours, communities.

Or, as Dr Seuss concluded:

And will you succeed?

Yes! You will, indeed!

be your name Buxbaum or Bixby or Bray

You’re off the Great Places!

Today is your day!

Your mountain is waiting.

So… get on your way!