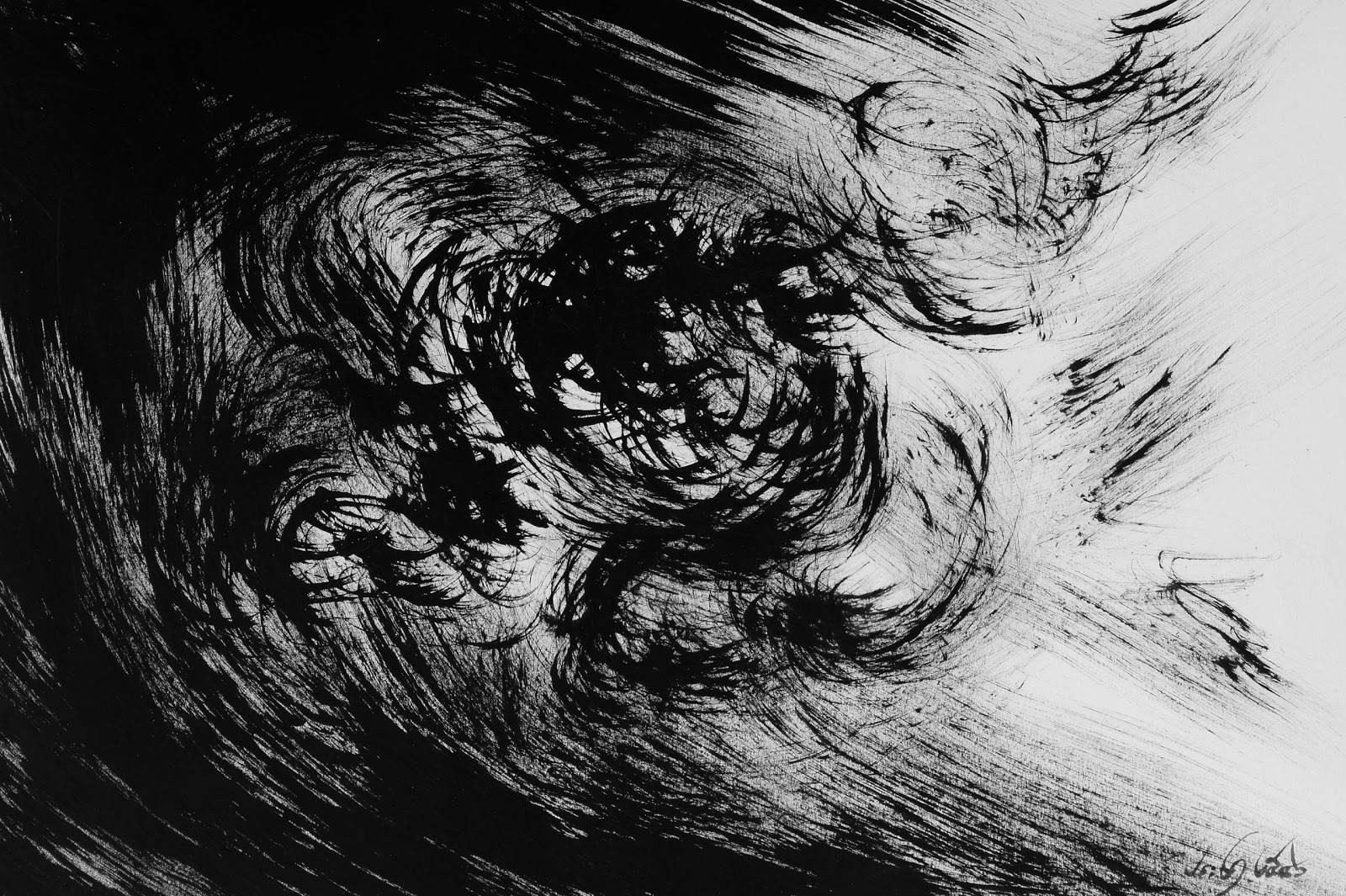 So we continue our short series, Jesus Introduced, with this story about his reception in his home town of Nazareth, when he was invited to speak at the synagogue.

This wasn’t, as recorded in Luke’s gospel, actually the start of Jesus’ preaching ministry. He had speaking in the synagogues in the towns around the area, and won favour with many who heard him. So you can be sure that there was great interest in Nazareth when he, the local boy, was back in town.

And of course we heard the start of his teaching a couple of weeks ago; the way he read – selectively – from the scroll of the prophet Isaiah, and then declared that “this scripture”, the declaration of the year of the Lord’s favour, had been fulfilled “today”; had been fulfilled by his arrival, by his teaching, his message.

And at first, “All spoke well of him and were amazed at the gracious words that came from his mouth”.

But then things rapidly did turn ugly. Because Jesus takes the conversation in a very unexpected direction. He reminds his listeners of Elijah and Elisha, and the way that they didn’t heal their own people those outside the community. On the surface, it sounds like a typical theological debating point, but the reaction of the people is out of all proportion – suddenly, from speaking well of him, they want to kill him. What happened? What is it in Jesus’ words that so angered them?

It can’t have been simply Jesus’ implicit claim to be a prophet. That might have been controversial, but certainly not unheard of. John himself had been widely recognised as such – for his cousin to claim that mantle was a matter to be debated; at worst it might be laughed off as a young man who was a bit up himself.

But Jesus’ words didn’t provoke debate or even derision, but murderous anger. What’s with that?

The problem was not so much Jesus’ identification with the prophets as the examples he chose, and the way he used them. To get this we need to go back to the story of Elijah and the widow of Sidon.

The people of Israel, under the leadership of king Ahab, had reached pretty much the lowest point of their spiritual careers. In his alliance with the King of Sidon, Ahab had married a priestess of Baal, the God of the Phoenicians, brought their priests and prophets into Israel, built a temple to Baal in his own palace, and replaced the traditional Levite priests in the Temple with men of his own choosing.

And Elijah, prophet of God is driven away by an angry king and people. And he ends up in the land of his enemies, at the home of a widow who, with her son, is close to death. And he promises her that if she feeds him, the God of Israel will keep her safe.

Here he is, in the land of Baal, the conquering God, making a promise in the name of the defeated God of Israel. And she believes him. And she is fed. She, the foreigner, has the faith that God’s people have lost.

No one in Israel sheltered him or believed in him. Only a foreign woman. And that’s the explanation Jesus gives for not doing any miracles in his home town. He compares his own people with the Baal worshippers who drove Elijah, the prophet of God, to a foreign land.

And that is clearly the message that they heard. And it was enough to make them more than a little angry.

Luke’s gospel emphasises Jesus’ willingness to go outside of the people of Israel, his recognition of faith wherever he found it – in the Magi, in the centurion, in the Syrophoenician woman, in the thief on the cross. Here, in this opening vignette, Luke places that reaching out, that inclusion of those beyond the recognised people of God, firmly in the tradition of the Old Testament prophets – in the tradition of Elijah, the greatest of the prophets.

And, as the other side of this coin, Luke’s Gospel also emphasises the rejection of Jesus and the good news by some within his community of faith. We saw it in Simeon’s words last week, that he would be “for the falling and rising of many in Israel … that he would be opposed by many”, and here we see those words begin to come true. Jesus’ message would not be universally accepted, even by those who were part of the faith, even by those who ought to get it.

Now I think the usual place to go in a sermon on this passage is to hear it as a call not to be like the people of Nazareth, not to reject a message when we hear it from someone too close to us, too well known to us. To help the young prophetic voices by hearing them more generously and less judgementally. To listen to the voices of a younger generation even when their words challenge our religious framework or push us to rethink our understanding of our role as God’s people in the world.

And there’s merit in that way of reading. I think we’ve seen it, here in Roseville, as we have allowed our understanding of the grace of God to be expanded by our experience, in our faith community, in our families, in our wider communities, of God’s power at work. God’s power at work in and through people who, by reason of their sexuality or gender identity, many of us – myself certainly included – might, in previous years or decades, have seen as outside the work of the reign of God.

We have been willing to hear their voices, see their love of God and of the people of God, and enlarged our understanding of God’s welcome.

But I’d like to suggest today a different way that we might hear this story. For I believe it also speaks to us, not as hearers of the words of the prophets, but as those who are called to speak them.

Words spoken to us as those that God has called to be God’s prophets.

Perhaps we haven’t been anointed like the Old Testament prophets – and certainly not like Jesus – but each and every one of us is, in some small sense at least, a prophet of God.

For each of us, God’s word to Jeremiah in his call – ‘I have put my words in your mouth’ – is true. We have been given the message of God, the ministry of the Kingdom, of love and justice and reconciliation.

And it is something that we aren’t always great at. We’re generally pretty good, in many ways, at living out our faith in acts of kindness and welcome, of service and generosity, of hospitality and reconciliation.

But we’re more hesitant when it comes to words. Words about faith, and words about justice. We don’t want to offend, we don’t want to create tension, we want to avoid conflict. We hesitate to make comments which might be heard as political, because we don’t want to upset people who vote differently to us.

And don’t get me wrong – if I had to choose between a faith lived out in action and a faith expressed in words, I would opt for actions every time.

But I fear that our desire to avoid conflict may have driven into a silence that does not reflect the example of Jesus. For silence in the face of injustice is complicity; to not speak out is to silently condone.

And silence about our faith, about the call of God that drives us and empowers us to be who we are, is, in a way, a failure of hospitality. For when we choose not to name our experience of the love and welcome we have found in Jesus we are denying others the opportunity to share in this amazing thing that we have found.

So perhaps in this story we need also to find courage to speak even though it might cause opposition, even if it might result in tension or conflict. Nor in order to be opposed, but despite the risk.

It’s tempting to just ask “is your speech loving” – but that’s a slippery question. What you understand to be loving can vary a great deal.

So I’d suggest another question to ask, a question often asked of humour: “am I punching up, or punching down?”. If I speak out against something I see as wrong, are those negatively affected by my words more powerful than me, or more vulnerable?

Speaking judgement to our political leaders, to multi-national corporations, to the hierarchy of our churches is fundamentally different to speaking words of judgement about asylum seekers, victims of domestic violence, or gender questioning youth.

I’m not saying it’s always an easy judgement to make. But I believe that we in the non-fundamentalist Church tend to err too far on the side of silence.

But the call of God, the call to justice and to grace, will be opposed. The prophets knew it, Simeon knew it, Jesus experienced it.

The reign of God advances, often, despite fury thrown at those who advocate it. Ask the martyrs of the early Church. Or Martin Luther King. Or Grace Tame.

Faith without action is, as James declared, dead. But faith without words is silent; and silence is complicity.