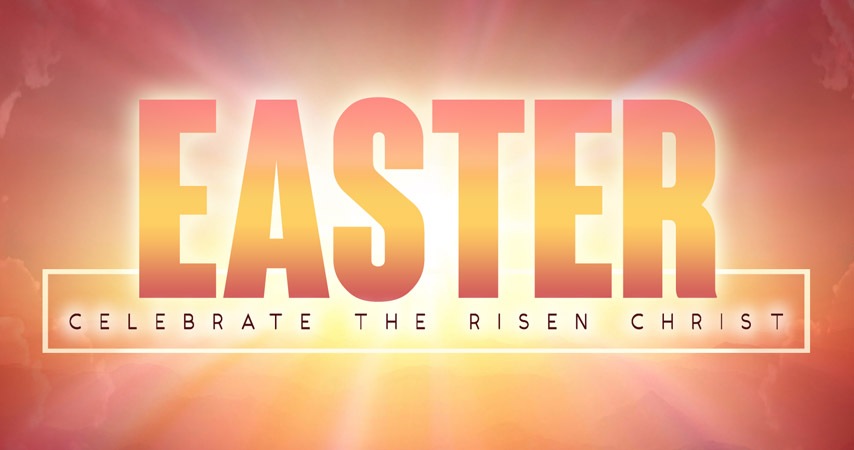 Some preachers love preparing and preaching on Easter Day. I know that because my Facebook feed is full of them. So much enthusiasm for celebrating this most incredible of days with the faith community that they are part of, unpacking once again the miracle of the day as it unfolded, as with the dawn’s early light hope returned from beyond the valley of despair, as the one in whom they had invested so much of themselves, the one basket into which all of their eggs had been placed, taken so violently and unjustly from them, returned. Against all possibility, against everything they knew of life and death, he was back.

But I have to admit, I find it one of the hardest days of the year to preach on. Partly it shares the problem of Christmas – we know the story so well, what is there to add? And, like Christmas, we also find frustrating gaps in the gospel accounts; we find ourselves having to engage the imagination to fill in the blanks.

But my difficulty with preaching on Easter day is more one of timing. You’re hearing these words on Easter Sunday – but I’m writing them on Good Friday. And it’s very strange to be trying to express the resurrection while still sitting in the shadow of the crucifixion.

And yet perhaps that’s exactly where one needs to be to really appreciate the miracle. Perhaps it’s only sitting in the story of the cross that we can even begin to get a sense of just how upside-down turning Sunday morning was.

There’s a problem – I alluded to it in the newsletter this week – with so much story being compressed into a single week. Because we’re not living it; it’s not 24/7 for us. We all have the rest of our lives happening as well; we have family and friends, jobs and commitments, medical appointments, the day to day reality of life; we don’t have space to experience all that Holy Week has to offer. At best we might reflect on a series of vignettes – Palm Sunday, The Last Supper, the Passion, the Resurrection – capturing the key moments, but more as a disconnected series of snapshots than a coherent whole.

And of course, we cram a lot of life into the gap between remembering the crucifixion (as many of us did on Friday – either here in worship, or in our own reflections) and celebrating the resurrection, as we do today. Between worship on Friday and now I wrote this sermon, helped sort the house out to receive guests, tried to prevent the dog from undoing that sorting out, started some preparations for my study leave next week, moved various pieces of technology gear from my home office to Church and vice versa, up, continued the never-ending battle with algae in the fish tank, made some effort to keep up with the news, and even found time to listen to a little bit of a Brené Brown audiobook. It wasn’t a Sabbath, that much is for sure.

You list will be different, but I think the point stands: by the time we come to worship on Sunday, to celebrate the resurrection, we are no longer in that place – if indeed we ever were – of the darkness of the crucifixion. We haven’t been waiting, grief-stricken, to anoint the body. We haven’t been hiding in fear of who might be taken next. We haven’t been torn by guilt, wondering if maybe we could have stopped it happening.

That’s why, in a fairly stark deviation from usual practice, I’ve left the cross here with its shroud. You may have noticed it; you may even have assumed I’d forgotten to move it (not an unreasonable thought by any means). But it’s not a mistake. I’ve left it here to remind us that the amazing good news of Easter morning lies in the overturning of the horror of Good Friday.

Last week I suggested that some part of our slowness to share with others the good news of God, the good news of the welcome and acceptance and grace and reconciliation and community that we have found in the Jesus Christ and in the community of his people, might lie in the fact that we have forgotten that the presence of God is something to celebrate; that we have internalised some of the image of God held by the world (and, sadly, reinforced by the actions of some who claim to speak in the name of Jesus) that is defined by a strict purity, a narrow understanding of what is acceptable to God, a faith best known for being against things: against women in leadership; against the insights of science; against same sex marriage; against non-binary expressions of gender.

That while we may not subscribe to any of those views, we have accepted the vibe of the thing, accepted that God’s presence is more the unpleasant medicine than the cause for celebration.

And I suspect there is a similar sort of dynamic at work around the resurrection. For, as we see in our reading from Acts, and from the incredible growth of the early Church, the reaction of those first believers to the resurrection – once they’d had those forty days to take it in, and to receive God’s power at Pentecost – was to talk about it. To tell people the incredible thing that had happened.

That’s why we entitled this last sermon in this series, on our response to God, “sharing good news”. Because to those first believers the resurrection of Jesus was such powerful good news that they wanted to tell everyone about it.

Indeed, there was a time in Athens when Paul and Silas spoke so enthusiastically about Jesus and the Resurrection that people thought they were talking about two Gods – one named Jesus, and one named Anastasin (resurrection).

That enthusiasm for sharing the good news arose – at least, I think, in part – from the experience of change. From the contrast, the transition. Paul didn’t witness the resurrection, but he did see his life turned around by his encounter with Jesus; he knew what life was like without Jesus, and what it was like now, and the difference was so clearly good news he could not help but share it. And he never stopped.

Peter, in our reading from Acts, had seen a different contrast, a different transition: he had witnessed God’s power and presence, something he had always understood to be for the people of God, the Hebrew people, poured out on Gentiles, and he had seen generations of conflict and suspicion overturned. And so he shared his good news – that the invitation of God showed no partiality, that in every nation those who seek to follow God are acceptable to God. And Peter, too, never stopped telling that good news.

The first witnesses of the resurrection saw the most dramatic transition of all; the deepest of despair and loss turned into unexpected joy. The darkness of the cross changed into the light of new life.

Mary, the first witness, ran to tell others; they in turn shared the news, first with the other followers of Jesus, and then, after Pentecost, with the whole world.

Those who saw Good Friday turn into Easter Sunday saw the greatest contrast, the greatest transition, in all of history. Everything was changed, and changed for the better.

By contrast, many of us here today have grown up in the faith of Jesus Christ. The comfort of the assurance of the presence of God has always been part of our lives. Sure, it’s varied over time; there have been moments of realisation and times of doubt; perhaps there is even an identifiable moment when you first named the faith as your own, and not just that of your family, or your culture.

And we can’t help that. But maybe it helps if we notice it. If we gather to celebrate Easter resurrection with the shrouded cross still here. If we reflect on how the good news of God has changed our lives, perhaps little by little, over the years.

So that we might, as we reflected last week, celebrate the presence of God, and find in it Good News that we actually want to share.