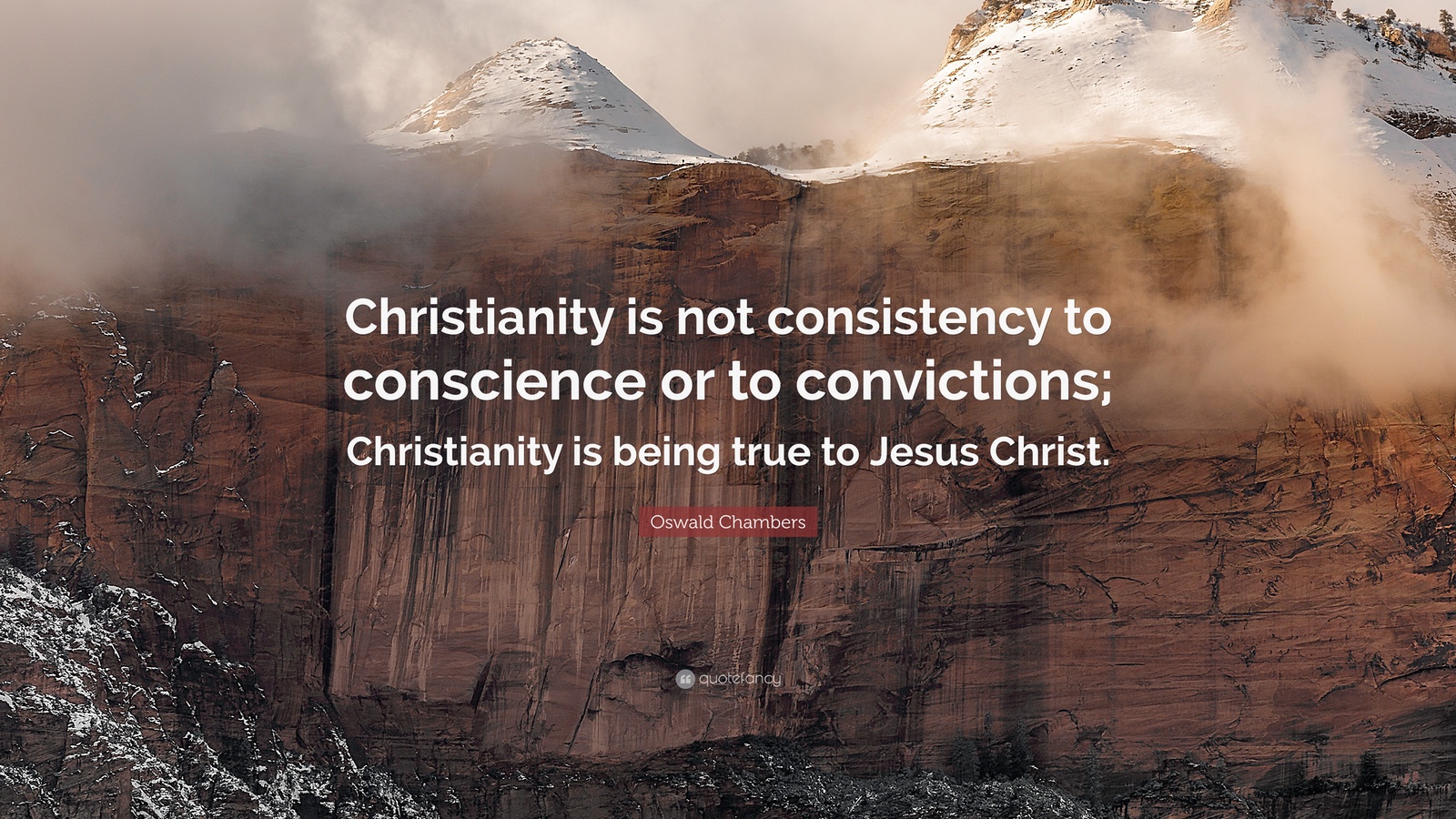 Today’s reading continues straight on from where we left off last week – Paul and Silas, having met with Lydia and shared the good news with her, are now based at her home, speaking to the people of Phillipi.

I’d like to just circle back, though, to something about Lydia that I mentioned briefly last week, but I think bear repetition – especially today. And that is the way that Lydia was first described – as a worshipper of God. And I mentioned last week that she wasn’t a jew, or a convert to Judaism; she wasn’t someone who sought to follow the law of Moses or to live according to the written Torah, but nonetheless, she was a worshipper of God. In the Greek it actually says she is a worshipper of “the God”, making it quite clear, she was actually worshipping God, the one true God, Yahweh of the Israelites – despite the fact that she knew neither the Jewish law nor the emerging Christian gospel.

And I mention that that is particularly worth noticing this week, reconciliation week, because it speaks to words in the preamble to the Constitution of the Uniting Church, adopted in 2009, which speaks of indigenous Australian spirituality before the arrival of western colonialists – and with them, the story of God as revealed in the scriptures, in the people of Israel and the life of Jesus.

That preamble includes clause 3, which describes an indigenous Australian Christian understanding of their pre-Christian spirituality. It reads:

The First Peoples had already encountered the Creator God before the arrival of the colonisers; the Spirit was already in the land revealing God to the people through law, custom and ceremony. The same love and grace that was finally and fully revealed in Jesus Christ sustained the First Peoples and gave them particular insights into God’s ways.

I wasn’t at assembly in 2009, but I know that the adoption of these words was not straightforward. The Uniting Church had its own internal debate (not that dissimilar to those we read of in Acts 11 and Acts 15!) in which some were unhappy with the idea that the spiritual practices of pre-colonisation indigenous Australia could be described in this way – the Spirit “revealing God to the people through law, custom and ceremony”.

Yet it seems to me that this is entirely consistent with the story of Lydia (or of Paul in Athens, in Acts 17, declaring to those who worship “an unknown God” that “what you worship as unknown, this I proclaim to you”). That the Spirit of God has made God known to people throughout the world in different ways and through different spiritualities.

And I think this is important for us today – not just in our respect of the ancient traditions of indigenous spirituality, but also in our attitude to those who identify as “spiritual but not religious”.

Now this is most certainly not to say that all expressions of spirituality are equal, or that faith in Jesus is just one among many equally valid pathways. Paul shared the news of Jesus with Lydia, and proclaimed what he knew to those who worshipped the unknown, and indigenous Australian Christians received the gospel with joy as a fulfilment of their spirituality.

And perhaps that’s a useful way of thinking about it: that we offer the gospel not as a contradiction of the spirituality of those who hear it, but as a fulfilment, as a making known of the unknown. Godly Play speaks of sharing the story of the people of God and the story and stories of Jesus as a framework in which listeners can make sense of their instinctive spiritual understanding of God.

I don’t know if you’ve noticed, but I seem quite often to spend half my time talking about the readings from the week before. Not sure what’s with that. But anyway, it’s a relevant preamble to today’s theme of staying true.

Because the idea of ‘staying true’ to the gospel is important and powerful, but also dangerous. Staying “true to the gospel” can often be code for a reactionary stand – it would certainly be the reason given by those who would bar women from positions of leadership in the Church, reject same sex-relationships, refuse to recognise trans or non-binary gender identities.

I quoted from “Wonder” a couple of weeks ago (in the morning) – “When given the choice between being right or being kind, choose kind” and suggested that the wisdom in this aphorism came from a humility – to recognise the danger with “right”, that however sure you are, you might be wrong: that ‘kind’ is therefore safer.

The same danger lies in “staying true” – that if what you are staying true to leads you to hurt others, you need to wonder if it is still good news. By the fruit, Jesus said, after all, you can judge the prophet.

The staying true that we see in the reading today is has a very different flavour to it. Paul and Silas remain true to the message of Jesus in a way that causes considerable suffering, for sure – but they are the ones who suffer. I hope it’s clear that that is different. That that is the way modelled by Jesus. The willingness to insist on the way of love and the way of faith, even at risk to themselves.

You see it throughout the passage. Setting a slave girl free from a spirit that possessed her, surely knowing that this would not go down well with her wealthy owners (and despite the really odd bit of this story – that Paul was annoyed at the spirit, even though what it was saying way true, and might even have been considered free advertising).

Continuing in faith, singing songs and praying in prison, and by doing so, continuing to share the good news, for “the prisoners were listening to them”. Staying true to the good news of Jesus that they wished to share, even though that good news had landed them into this place of hardship.

And then – my favourite bit – the earthquake breaks them free, but they don’t leave. For to do so would have had terrible consequences for the jailer who, seeing the prison broken open, prepared to kill himself.

(A quirk of Roman law might help explain this – if someone was executed for their failure of duty, their possessions were forfeit to the state, their family, most likely, ending in slavery. But if they took their own life, their possessions would pass to their family. The jailer surely feared for his life, but he feared more the consequences for his wife and children and would have taken his own life to protect them.)

Given the opportunity to flee, Paul and Silas stayed true, and stayed in the prison, protecting the jailer – and, ultimately, sharing the good news with him as well. Perhaps it helped that Paul knew that he, as a Roman citizen, should not have been beaten and imprisoned without trial, and that come the morning it would be the magistrates who had some explaining to do.

Except, of course, that Paul’s staying true did bring harm to some – the owners of the slave girl whose source of income was taken from them. Like Jesus overturning the tables in the Temple, it seems as if hurting the income of those who gained by the exploitation of others was something Paul was quite comfortable with “staying true” to. And again, we see this “staying true” in the life of the Church – Wilberforce and others who campaigned against slavery; the Tolpuddle martyrs, Lord Shaftesbury, and other Christians who fought against wealthy landowners for the protection of workers at the birth of the labour reform movement; Christians who campaigned against those who profited from apartheid; people of faith today who challenge the income of companies based on tobacco, gambling, coal, labour exploitation.

When staying true is to the cause of setting free the oppressed, oppressors will see it is harming them. Is it ok for the gospel to do such harm? As I suggested some weeks ago, a helpful test is always to ask “am I punching up, or down? Are those harmed more powerful than me, or more vulnerable?”

Paul and Silas stayed true. Even at risk to themselves, they chose to speak the good news, to continue their mission of sharing the love and welcome of Jesus Christ, sharing the invitation into the people of God, into the movement, into the community of grace and love and reconciliation.

They stayed true when bringing freedom to others brought them into conflict with those who held power in their society.

They stayed true in the resulting unjust hardship; not demanding their rights but taking the opportunity of persecution to demonstrate the power of faith, and of hope, and of love.

They stayed true when they had the opportunity to escape, preferring the protection of the jailer to their own needs.

This is “staying true” in the model of Jesus. Choosing the needs of the vulnerable over their own. Publicly owning their faith in the face of persecution. Persevering in hardship with faith and hope. And in all this, demonstrating the love and welcome of God in both word and example.

And no wonder the Church continued to grow…