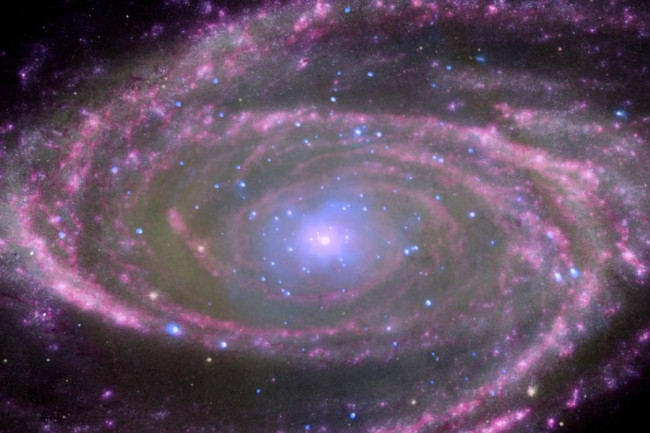 A Promise for All

Why, I wonder, is it, that we are so good at making God’s promises smaller than they are?

Abram, who would become Abraham, was, of course, the great patriarch, the father of the nation of Israel. “We,” the people would declare proudly, “we have Abraham as our father”. It’s a boast, of course, that Jesus would mock: “God can raise children for Abraham from these rocks”, but nonetheless it was a core part of the identity of God’s people. Because God called Abraham, and they were Abraham’s children.

But do you notice, there, how the promise has shrunk? The Jews of Jesus’ day claimed the promises that God had made to their forefather Abraham. But the words that God spoke to Abram are a much bigger promise. You shall be the ancestor of a multitude of nations; I shall establish my covenant with you and your offspring through the generations.

And though the people of Israel were indeed the descendant of Abraham, they were certainly not the only ones who could make that claim. Abraham, according to the Genesis narrative, was the ancestor of many nations.

The Samaritans, for instance, claimed their descent from Abraham. Their divide from the people came many generations later. They were the children of Abraham.

And of course, Isaac’s brother Ishmael, traditionally the patriarch of all that we would now call the Arab nations, was also the son of Abraham. Sibling rivalry and conflict between their mothers may have driven the two apart, but Ishmael was the son of Abraham – indeed, his first son.

Even more poignantly, given the military politics of the first century, Jewish tradition held that the Romans were descendants of Esau, Jacob’s brother, Abraham’s grandson.

The military who occupied their land, oppressed their faith, and viciously stamped on any rebellion; they too were children of Abraham.

So how was it, why was it, that the people made God’s promise to Abram so much smaller than it was?

How could they shrink a promise given to so many down until it only included them?

As I’ve reflected on the events in the world of the past few years I feel as if I’ve seen the same thing happening within the Church. And, indeed, history seems to suggest that this isn’t the exception, but the norm.

We take God’s great expansive grace, God’s boundless love, and shrink it down until it only has room for us and for those like us – like one of those vacuum bags that you use to store clothes, which start so big, but then you suck all of the excess air out and the bag gets smaller and tighter and clingier until it just the shape of the things placed inside it.

So we see white supremacists carrying religious symbolism as they spread lies about minority groups.

We see churches and denominations making it quite clear – sometimes quite explicitly – that their welcome does not extend to anyone who is gay, or transgender, or even tolerant of those who are.

And we see, over and again, cherry picked rules from the Bible used to oppress and silence: to keep women out of position of influence and to protect powerful men even when they are known to be serial abusers – forgiveness being quickly offered to some, and the threat of exclusion being held over victims like a sword.

And the promise of God gets shrunk down to something that we can control.

For the promise of the reign of God is a promise for all people, but we want to keep it to people who are willing to be more-or-less like us.

And most of all, I think, we reduce grace to law.

This, it seems to me, was at the heart of pretty much every conflict Jesus had with the religious authorities of his day. That they had reduced grace in the name of law.

Firstly, of course, it is the gift of guidance. They, as the Psalmist wrote, make wise the simple, enlighten the eyes, guide our feet on sure paths.

But much more than that, the law brings a gift of freedom. That might sound counterintuitive, but anyone who has driven on roads in Sydney (where, generally speaking, people obey the road rules), and can compare it with driving in, well, some nations where the rules are less observed, will understand. The law of the road gives us freedom to drive that the anarchy of anything goes denies us.

But more than that – the law gives freedom to the less powerful. The law exists to put limits on the power of the powerful. You find this throughout the old testament law, but perhaps my favourite example is in the ten commandments – the law of the Sabbath, on which “you shall do no work” but also “and nor shall your male or female servant, or even your ox or your ass”. The Sabbath law exists to give a day of freedom to those who have no power to take it for themselves.

I suspect this is something of what Jesus had in mind when he said “The sabbath is made for people, not people for the sabbath” – the law is there is a gift of freedom, it is not an end to itself.

But we take the gift of grace, and turn into laws. And generally, focussing on the laws that we find convenient, and applying them in ways that control those who are unlike us.

But faith does the opposite.

Faith expands the promise the God.

Faith sees more in the words than is even there.

Abraham’s faith, Paul tells us (and it’s probably fair to say that Paul’s description of Abraham’s faith was a generous reading of the history) expanded.

A man born into a time of tribal and family Gods who heard the promise of God and left his home, his safety, his people.

Who held on, even in the face of his and Sarah’s childless state to the promise that he would be the father of multiple nations.

And who recorded God’s promise to him not just as being for him and for his descendants, but that “through you all nations will be blessed”.

So as we say, this Lent, “welcome to the reign of God”, we are challenged to the sort of faith which recognises that this reign, and this welcome is for all.

God’s promise is for all.

May we have the faith to grow our sense of that promise, not to shrink it down to something fit only for us.