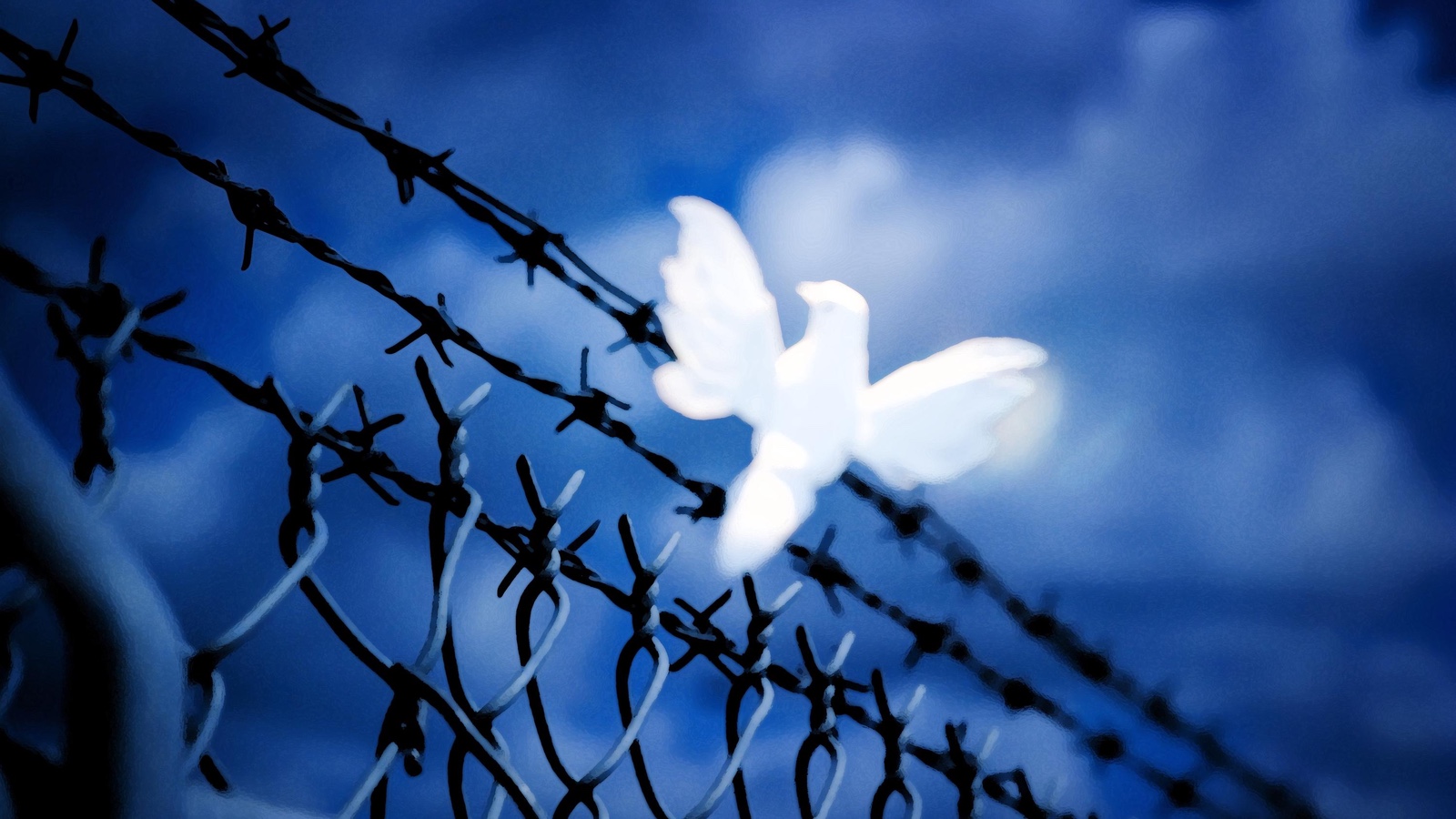 Hope for a future of peace

The old saying goes that there are only two certainties in life – death, and taxes (although it does sometimes seem that some of our ultra-wealthy individuals and companies are working quite hard, and with some success, to eliminate the latter).

But I’d like to suggest that there is one more absolute certainty in the modern world, and that is change. The world is rapidly, and ever more rapidly, changing. Ten years ago, when talking with a youth group about heroes, I was shocked to discover that none of them knew who Nelson Mandela was: there are children today whose parents were not born on the day he was set free. For whom the fall of the Berlin wall and the end of the cold war is a detail of history. There are children taking their HSCs this year who weren’t even alive when the twin towers fell on September 11th. How much the world has changed in a single generation.

And of course nowhere is the rate of change of society more evident than in technology. There’s an entertaining list that did the rounds on the internet a year or two ago entitled “100 things your kids will never know about”; cassette tapes, floppy discs, the sound of a modem connecting (although I discovered the other day an orchestrated version of that sound is now available as a ring-tone…), or even a computer that isn’t connected to the internet. I recall a school principal describing his struggle to answer when one of the kids asked him what his favourite video game had been when he was young.

How much the world has changed, how quickly.

And so we wonder what amazing things the future holds for our children and grandchildren – will theirs be the generation that returns to the moon and walks on Mars? Cures cancer? Eliminates absolute poverty? Sees Australia win the soccer world cup? – and then at the same time, all these dreams walks our fear that the future might not be so bright; that, in particular, we are bequeathing to our children and grandchildren an environmental catastrophe in the form of climate change. Will the great barrier reef, pushed over the edge by a combination of rising temperatures, ocean acidification, and maritime pollution, be as distant a memory to the next generation as the Walkman and the cold war? Will those images of polar bears clinging to shrinking ice sit next to the grainy footage of the Tasmanian tiger in the halls of extinction? Will our pacific neighbours in Tuvalu and Kiribati look back to the time when their homes were above sea level as a distant memory?

Over these weeks since Easter we’ve been looking at the theme of ‘Hope from the last book’ – hope in the risen Jesus who is placed at the very heart of creation, hope is his conquering love, hope in the reconciliation of all people that he promises. But what does the last book have to say to the deep and genuine need of the natural world? To the fear and threat of catastrophic anthropogenic climate change – a threat of which those well-known environmentalist hippies at the world bank wrote that “there is no certainty that adaption to a 4 degree increase in temperature (the current projections for the end of this century) is even possible”.

For those of us brought up in the reformed tradition, it sometimes comes as a bit of a surprise that the Bible actually has quite a lot to say about the natural world. The age of rationalism, and the social struggles of the 18th, 19th and 20th centuries, saw the environment, the natural creation, demoted to a sort of background, a stage upon which the actors, divine and human, played out their parts. But in the scriptures, the creation is often described almost as if it were playing a role itself; in the goodness of creation in the poem of Genesis 1, the praise of the sun, moon and stars, and all the living creatures in our psalm, the stones crying out if the children were silent in Jesus’ words at the triumphal entry, the creation groaning as if in childbirth in Paul’s letter to the Romans, the fantastical twistings of creation in the book of Revelation. And allegorical or apocalyptical as these words might be, they capture the sense that creation is not a neutral backdrop, with humans the only part of creation with eternal meaning, but a meaningful part of the whole of the story.

Unfortunately one all too simple and all too common reading of texts like the one we heard today is to declare that the present state of creation is truly meaningless – it is going to pass away! There will be a new heaven and a new earth! Why are we worrying about this earth that God is going to destroy anyway? The only thing that really matters is your eternal destination.

But the hope that we claim, as the people of Jesus Christ, the people of the story, has to be more than “God will replace everything in the end”. It has to take seriously the words of God in the refrain of the story of Genesis: “and God saw that it was good”. It has to encompass the song of God’s praise in creation echoed by the psalms. Above all, it has to reflect the nature of the incarnation – God entering into creation – and the resurrection – God at work in re-creation. It has to hear Jesus’s words that God so loved the world (not just the people, the world) that God sent his son, and Paul’s echo that God was in Christ reconciling the world to Godself. There is no warrant in the scriptures for arguing that creation does not matter – indeed, over and again it is clear that it does.

If we take our faith seriously we cannot, dare not, ever fall back on the too easy hope that God will fix it. Instead we live in the far more challenging hope: that God, in Christ, and God’s Spirit, in us, is fixing it.

Surely it’s quite the opposite – if we take our faith seriously we cannot, dare not, ever fall back on the too easy hope that God will fix it. Instead we live in the far more challenging hope: that God, in Christ, and God’s Spirit, in us, is fixing it. That we, as the people of God, work for the things we know that God cares about. That the promises of God in Revelation of reconciliation, of peace, of a fulfilled creation are not there to inspire us to apathy, but to give us hope, confidence, that our work, our strivings, are not in vain, however long the path might seem, however hard it gets, however many the setbacks.

For the hope offered by the last book lies not in some future apocalypse but in the present work of the Holy Spirit. Our hope for reconciliation, for peace, for love, for the renewal of creation lies in God’s promise and God’s outworking of that promise – in the lives of people of faith and people of no faith, breaking us out of self centeredness, out of short sightedness, out of greed and fear and self protection and mindless consumption, offering us a vision of the kingdom of God; a kingdom in which value is not measured by material possessions but by richness of relationships; with one another, with God, and with creation itself.

I mentioned a couple of weeks ago this almost throw-away line “and the sea was no more”. It’s one of those little details in the text that so capture my imagination, and hint at the direction of the whole.

For the sea in the Hebrew mind represented the waters from before creation, the leftovers, the chaos where God had not yet established order.

The sea speaks of creation as incomplete. But here the sea was no more.

This vision of a new heaven and a new earth is not so much replacement as it is completion. The hope and promise for which we have been called to work, upon which we can place our hope, and into which we will one day enter.