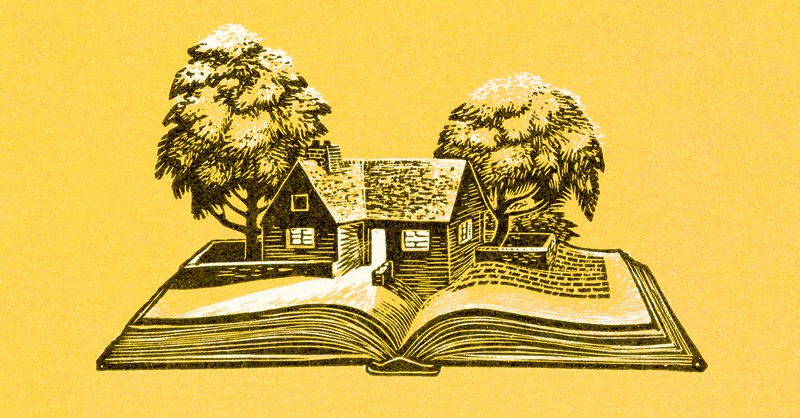 The knowledge of the story

Last Sunday, of course, was Pentecost. But you might have noticed that our readings left out perhaps the most famous part of the Pentecost story – the Spirit descending on the disciples like tongues of fire, and the miracle of language that followed, as everyone heard them proclaiming the good news of Jesus Christ in their own language.

That story is very commonly, and I think absolutely rightly, told as a parallel to, or perhaps better a counter to, the story of the Tower of Babel in Genesis. At Babel, you probably recall, the language of the people of the world was confused, each group speaking incompatible tongues so that no-one could understand the other, and the great project to bring all the people of the world together into a single, uniform empire, collapsed.

The story of Babel was, of course, written while the people of God were captives in Babylon. A people suffering under the tyranny of the Babylonian Empire told a story of God tearing apart another arrogant human empire, with a suggestively similar name. The story speaks against the power of human empire, declares the seductive danger of uniformity. It’s a danger we’re often aware of in the modern world – from the tyranny of dictatorship to the corporate abuse of monopolistic power – but also one that we sometimes need to be more vigilant about – attempts by the state to control the media, the homogenisation of popular culture, the centralisation of power in the name of efficiency, whether it be in a country, a corporation, or a Christian denomination.

And against this backdrop, this antipathy to empire which, I’d argue, is one of the most consistent themes running through the scriptures – not surprisingly, perhaps, given the experience the people of God had with the empires of the world – against this backdrop, Jesus came and declared a different way, a different sort of Kingdom. A kingdom which did not insist on homogeneity, because it did not insist on control, for in this kingdom the greatest would be the servant of all; the most respected would be those whose love, not wealth, was greatest; the first would be the one who the world always declared to be last.

And it is in and for the service of that Kingdom that the Church was called into being. Not that the Church is the kingdom of God – in Christian history we’ve made that mistake too often, with terrible consequences, as from the days of Constantine on we’ve again and again expressed that insidious desire for the power of empire in religious form: the Holy Roman empire, the conquistadors, the colonization of the heathens by “Christian nations”, even, to some extent, the power and status of the established Church, or the CEO-style centralised power of the modern mega-Churches.

No, the Church is not the Kingdom of God: it is the servant of that Kingdom.

The work of the Kingdom – that God’s will be done on earth as in heaven – is done within and beyond the Church of God, wherever people work for justice, for peace, for reconciliation, for the empowerment of the weak and the inclusion of the marginalised, for the protection of creation.

By faith we declare that the same Spirit of God who descended upon the followers of Jesus at Pentecost is at work through those of all faiths and none who do those things that Jesus did, those things he called on us to do.

And as members of God’s Church, as individuals and as communities, we are called to be part of that work; sometimes working alone, sometimes with fellow believers, sometimes with those who do not share our faith.

But we, God’s Church, also have a unique role. A vital part of the work of the kingdom that we alone can truly and rightly contribute.

For we are the keepers of the story, the inheritors of the good news, the ones called upon to proclaim that the kingdom of God is, now and always, at hand.

This is (in part) what Jesus said the gift of the Spirit was for. In the opening passage of the book of Acts, we hear Jesus’s words at the ascension – “you will receive power when the Holy Spirit comes and you will be my witnesses in Jerusalem, and in all Judea and Samaria, and to the ends of the earth”.

Or in today’s reading from John: “When the Spirit of truth comes, he will guide you into all the truth … he will take what is mine and declare it to you”

The gift of God to the Church is the knowledge of the story of Jesus Christ. However much we do in the work of justice, peace, reconciliation, we fail to bring our central, unique contribution to the work of the Kingdom of God if we fail to also keep alive, and make known, that story. The Spirit declares it to us, and we, in turn, are called to share it with others.

Now in the Uniting Church, we tend to be a bit leery of speaking out about our faith. Perhaps we think it’s a personal matter, politely to be kept within the family and in the community of faith. Or perhaps we just don’t want to come across like a pushy evangelist or a dogmatic religious type. Perhaps we’re slightly embarrassed – or perhaps we’re even concerned that we don’t really feel we know the story well enough to tell it.

We like to hear the words attributed (probably wrongly) to St. Francis – “preach the gospel at all times, use words when necessary” – as suggesting that living out the gospel is our true calling, and speaking it out is an optional extra. But if we, who have received the story, who hear it week by week, do not tell it, who will?

Perhaps what we need is a different way of thinking about sharing the good news, the story of Jesus and of the Kingdom of God. I wonder if we have absorbed an understanding in which speaking about Jesus and the things he said is inseparable from the sort of religious intolerance, the “This is the gospel and you’d better convert”, the Christian v. the world mindset, the image of the dogmatic preacher, the overbearing evangelist, the overconfident apologist.

As we’ve explored the idea of Roseville as an ‘invitational’ Church, this is an issue that has arisen several times. That we don’t feel like that sort of approach is respectful or loving – or even effective.

Which is why I really want to encourage us all to think of the ‘invitation’ differently. Not that we invite others to believe what we tell them to believe, and worship the way we worship, but that we invite others into a conversation about life, faith, and spirituality. A genuine conversation, in which we listen more than we talk, and learn, perhaps, more than we teach.

Because it is in such respectful dialog, I believe, that we are most likely to find the truth of the words Jesus spoke in our reading from John today – the Spirit will guide you into all truth, and declare to you the things that are of Jesus.

For the truth is, when it comes to the story of Jesus, and the insights of the gospel of the kingdom of God into life, the universe and everything, you are, relatively speaking, the subject expert in your community. You are the one who goes to Church, who hears the story, who thinks about it, and as a result, you have something of God to offer into the conversation. Not as an insistence that you know the absolute truth and any deviation is flawed, but as an insight from your experience of God, your walk with Jesus, your struggles with the hard times of life, your joys in the gifts God has blessed you with.

Is it impossible to imagine that there are times in normal life in which you might contribute from that well of knowledge? Just as you might mention is a conversation, quite naturally, something you saw on TV, or read in a book, or some knowledge from your field of expertise? Might there not be times when “as we forgive others, so we will be forgiven”, or “blessed are the peacemakers”, or “do not repay evil for evil” are meaningful contributions to the conversation.

Jesus said that he will take what belongs to the Father, and declare it to us. That is our role (or part of it) as God’s people: we are to be the bearers of that word, that news, that insight that comes from our relationship with Jesus, our faith in God, our infilling by the Spirit. As Peter quoted in the Joel prophecy last week, we live in an age in which all God’s people have been given the gift of the Spirit to speak those words that God is sharing into the world.

And we have God’s promise to guide us, to lead us into all truth, but we must play our part. We have something of a duty to seek to know the story. To put a bit of effort in. To read and reread, together and apart, praying for that guidance of the Spirit that Jesus promised.

And to be brave – to seek out those moments of conversation in which we can naturally share what we have discovered of God – not as a demand, but as an invitation to taste and see that the Lord is good, to experience the reality that the Kingdom of God is at hand.