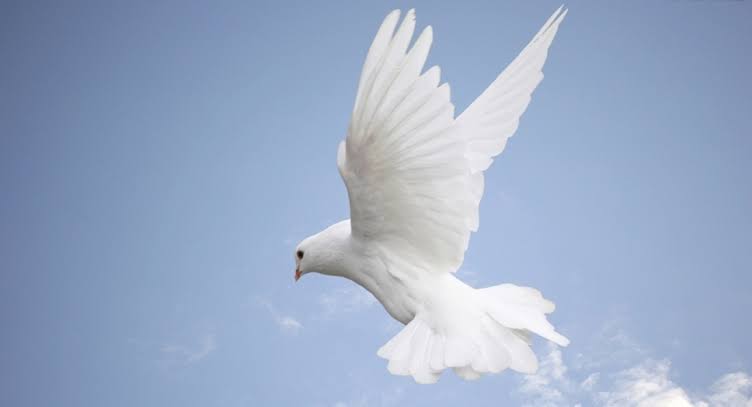 One thing that has really stuck me over the weeks of advent, as we’ve taken as our theme Isaiah’s words that “he shall be called the Prince of Peace” – and that, judging by the comments I’ve heard from others, has struck more than just me, is how powerful an idea, and how deeply desired, peace is.

Whether it be peace on the world scale – a resolution to the seemingly unending conflicts between nations and within nations, or peace between humanity and the rest of creation – or on the smaller scale, of peace within our nation, peace to replace the incessant argument and point-scoring that defines our politics, or peace within our families, or simply within our own hearts, we long to be at peace.

But story of the birth of Jesus, of course, is not a peaceful story.

For the story of the birth of Christ is set in a time and place of violence and bloodshed. And in our gospel reading this week, there’s a phrase I don’t think we often notice. The Magi come to Jerusalem, and ask about the new king born, and “When King Herod heard this, he was frightened, and all Jerusalem with him”.

To the extent that I’ve even noticed those last few words “and all Jerusalem with him” I guess I’ve just discarded them as hyperbole. But Herod was known as a violent, paranoid ruler – to be honest, there weren’t many who made it to (and kept) positions of power under the auspices of Rome about whom that couldn’t have been said. And when a paranoid, violent man is frightened, all those around him are very wise to be frightened too.

As things would turn out, Herod’s fear would lead not to violence against the people of Jerusalem, but against the children of Bethlehem. Children of his own people, victims of the struggle for power that defined Herod’s life.

And as then, so now; violence creates fear, and fear leads in turn to violence, and the cycle continues.

“Glory to God in the highest, and on earth, peace”.

“he is named… prince of peace… there shall be endless peace”.

Each year, around this time, I’m reminded of the words of the U2 song, Peace on Earth:

“Jesus, in the song you wrote, the words are sticking in my throat – Peace on earth – I hear it every Christmas time, but hope and history won’t rhyme, so what’s it worth, this peace on earth?”

The first lies in the strange link between the story of the Magi and the hope of the Kingdom of God for peace on earth. For while Matthew, telling us of these wise foreign visitors (just to briefly mention their traditional labels as ‘three kings’ or ‘three wise men’ – the story doesn’t name them as kings, doesn’t say there were three of them, and doesn’t even identify them as male. “Magi from the East” is all the text actually says) gives us the greatest violence in the Christmas narrative – Herod’s slaughter of the innocents – it also offers a vision of another way.

For in the story of the Magi what we have is the other; the foreigners, the outsiders, the worshippers of other Gods. Those from far away come to worship. Not to convert – for we have no reason to believe, in the narrative or tradition, that the Magi became god-fearers, or followers of Judaism or Christianity; but they came with their faiths and their insights and their wisdom, and they became part of the story of God’s people.

The second lies in what is really the simple truth lying at the core of the Christmas message – indeed, at the core of the Christian message – that God comes into the mess, into the brokenness; that God doesn’t stand apart and judge, but becomes an actor, and takes his share – and far more – of the suffering and mindless paranoid violence that the world has to offer. That God comes into the world not to rule it, not to control it, but to offer it a different way, an alternative to the cycle of violence and hate and fear and more violence; an alternative of forgiveness, and reconciliation, and hope.

And my third answer comes from perhaps the most unlikely of sources – Kendrick Ferris. This may be the first time, and probably will be the last time, that I will ever quote a tweet by an Olympic Weightlifter as part of a sermon. For Mr Ferris tweeted: “I can’t remain the same and expect to make a impact on this world”.

There is a saying, attributed to alcoholics anonymous, that the definition of insanity is keeping on doing the same thing, and expecting to get different results. And yet it is an insanity that we as a society, perhaps even as a species, seem addicted to. We keep on responding to violence with violence, anger to anger, fear to fear.

When we are hurt, we respond with anger, with violence. An eye for an eye, a tooth for a tooth.

And we know, we know that all we are doing is perpetuating the cycle of violence. And there is the wisdom in Kendrick Ferris: “I can’t remain the same and expect to make a impact on this world”.

Or, to cite a more authoritative source – “You have heard it said, love your neighbour and hate your enemy. But I say to you, love you enemy, and pray for those who persecute you.”

So I wonder what that might mean for us? How might we, in our relationships, in our words and actions, in our social media presence, hear the words of Kendrick Ferris or Jesus Christ? How might we as individuals and as a community of faith say “I refuse to be part of this cycle of violence. I refuse to blame you or your faith or your nation for the acts of another. And I will raise my voice as a person who believes in the possibility of peace, who rejects the narrative of the inevitability of revenge and violence.”

Peace on earth? No. Not yet. Perhaps not ever, if by peace you mean that there is no more violence, no more conflict, no more hatred, no more prejudice, no more oppression.

But a way of peace on earth? An alternative to violence? A way to move beyond “an eye for an eye, a tooth for a tooth”? An alternative founded in reconciliation, in love of enemy, in the power of forgiveness?

Perhaps that is the peace that entered the world at Christmas, the alternative that God made real by becoming part of the mess, the story that the Magi acted out when those who were from far away came near to the Christ child.

Perhaps it is the path of peace, not the destination, that was given to us at Christmas. Amen