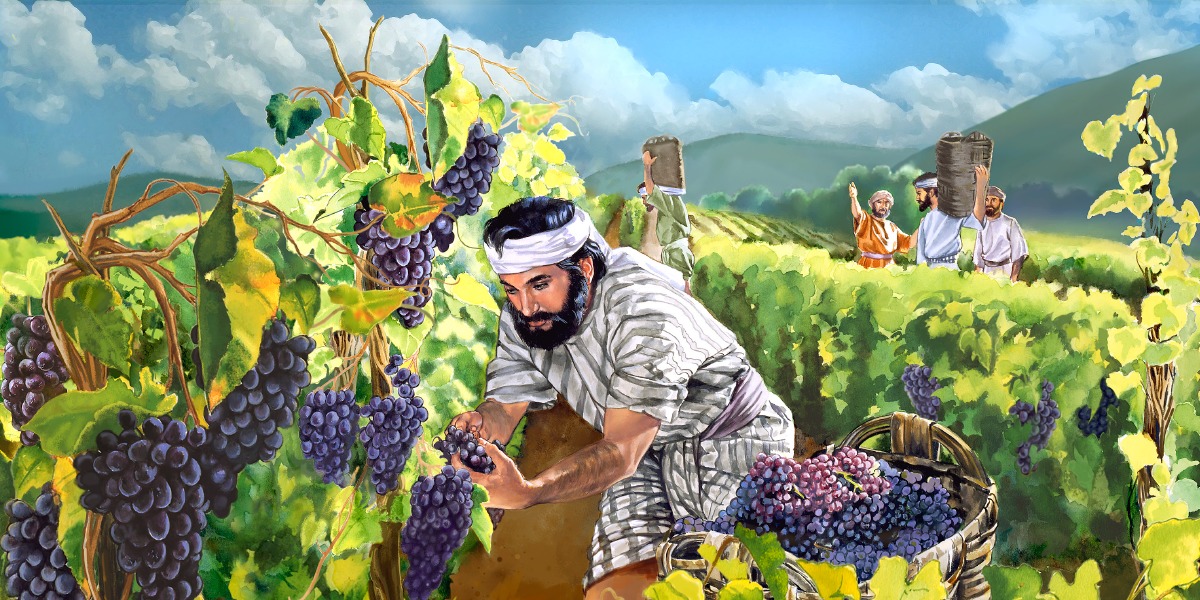 Workers in the Vineyard

This is, without doubt, one of my favourite parables. It’s just so brilliantly unfair, so provocatively counter-cultural, so deeply offensive. I’ve had more people say to me that they don’t get or don’t like this parable than, I think, anything else in the gospels.

Which is, I’m fairly sure, exactly what Jesus intended when he told it. Because he knew how much it would upset those who heard it.

Now, as always, it’s worth putting a bit of context around the story. In the immediately proceeding chapter, we’ve had the encounter between Jesus and the rich young ruler, with Jesus telling him he needed to sell everything and give to the poor, and Peter wondering, if the rich can’t enter the Kingdom, how anyone can, and Jesus telling him “it’s impossible: but with God all things are possible”.

Then Peter says, in effect, “we’ve left everything to follow you – what do we get?” and Jesus tells him “you will be richly rewarded. But the first will be last, and the last will be first,” – words found immediately before, and immediately after, the story.

So hold that context in your mind. Jesus is speaking in reply to Peter’s question about the rewards that they, the first followers of Jesus, can expect in the Kingdom.

And turn to the story, which is, as much as anything else, an acute observation of human psychology.

For the workers in the vineyard, those who have worked all day, would have been perfectly happy to be paid the standard daily rate. A fair wage for fair work. Indeed, if the owner had paid them first and sent them away before paying the others, there wouldn’t have been a scene. They would have taken their pay and gone home.

But the owner quite deliberately pays the latecomers first. And doing so sets up the crisis of unfairness that lies at the heart of the story.

What they can’t stand is the others – the latecomers, the slackers, the bludgers, getting as much as they did. They don’t really want more (I’m sure they’d have taken it if offered!); they want more than them. They want their reward to reflect their merit, their hard work; and the only way that they can see for the landowner to recognise what they have done is for there to be a difference in what they receive; a pay differential, to reflect the difference in value of work done, of contribution made.

It’s a sad truth – borne out by psychology research – that seeing ourselves do better than others, especially others we see as less worthy, is more important to us than absolute outcomes. We would rather receive $5 when someone else gets $2, than receive $10 when they are getting $20.

The parable offends – it offended the pharisees of the day, it offends many today – because it seems unjust. And, according to our economic system of assumptions, it is unjust. Equal pay for equal work is a rallying cry for justice in our economy; but unequal pay for unequal work is the dark form of that same justice. Our economy depends upon this sort of logic: steep variations in material wealth to act as an incentive; for those who contribute less; whatever the reason, at best we would grudgingly grant them some minimal pension – for to do more would be to encourage idleness. It would be like paying those who do only one hour’s work as much as those who worked the whole of the day. And if there is not enough money to pay those at the top, or in the middle, more, then to maintain the differentials we must instead make life harder for those at the bottom.

Perhaps you recognise that logic, because it’s come up often in the past weeks, as well as being a commonplace within our political and economic discussions. As we’ve spoken of grace, of our place before God depending not on our efforts but upon God’s gift, the counter, the objection; “but in that case, why would anyone bother to try?”.

If we’re freely forgiven, why try not to sin?

If we forgive others, won’t they do it again?

If we pay the slackers, why would anyone work?

But that, Jesus tells us, is the way that grace works. Or rather, that is the risk that grace takes.

For the day’s pay was basically what it took to live as a labourer in the time of Jesus; those who worked would be able to eat and to feed their families; those who did not would be dependent upon the charity of others if they were not to go hungry.

In paying those workers who came only for the last hour of the day a full day’s wage the landowner was not showering riches upon them but was giving them what they needed.

For that is the nature of grace: to give what is needed, and not what is deserved.

So put the story back into its context. Jesus tells it to his first followers, to those who, in Peter’s words, have given up everything to follow. Who would, at various times in the gospels, wonder what their reward would be.

And yes, Jesus tells them, you will receive God’s generous reward for all you have done. But how are you going to react when you see that others, those who come later, those who give up less, are rewarded equally, ranked alongside you, in the Kingdom?

“Are you envious,” the landowner asked, “because I am generous?”. Of course we are. We are human. We don’t want to see God treat the others – the outsiders, the enemies of faith, the militant athiests and the followers of other Gods, the lazy and the apathetically agnostic – as well as us, God’s people. As well as we who have worked for God’s kingdom in the heat of the day.

We know that we depend upon the grace of God, and that grace cannot depend on ability or success, but still: we don’t just want to be rewarded; we want to be ranked.

But in the end, we too do not get the God we want.

We get the God that is. The God of grace.

And thank God for that.