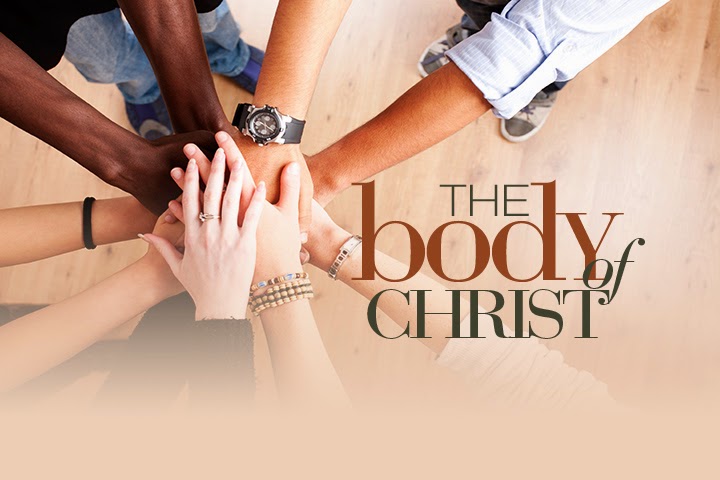 Who are we: equipped to be one

Over the past three weeks we’ve been reflecting on the first half of Paul’s letter to the early Church in Ephesus, and what it has to say to us about who we, the modern day Church in Roseville, are.

And the theme that has come through, for me at least, every week, has been Paul’s absolute insistence, in the face, we know, of strongly held opinions to the contrary, that the Church of Jesus Christ was big enough to hold even those who had previously been far off, aliens and enemies. That in the Church the historic division between Jew and Gentile, for the Hebrew people the great ‘us’ and ‘them’, was transcended; that in the Church Gentiles were welcomed alongside Jews, not by first becoming ‘like us’, not by first conforming to the Jewish understanding of God, of the Torah, of the Law and Prophets – because they were not joining the Jewish faith (though they were following a Jewish Rabbi), but something new, a new humanity, a new way of being. United not by the law, but in Christ.

And so here, as the second half of the book begins, Paul turns to the practical outworking of this new creation, appealing to Jew and Gentile alike to lead lives worthy of that calling, to live out the unity that is the mystery of God, made known to the world through the Church?

And it seems to me that Paul’s really important starting point is this: you’re going to have to work at it.

The unity that we have, in Christ, is something that we could never have achieved by human effort – I think the history of humanity bears that out fairly unambiguously – it is in Christ that we are united, by his life and death and resurrection, our unity has a basis, an underlying spiritual reality which allows us to even hope to achieve the unimaginable.

But saying that, recognising that unity in Christ is a gift that we could not have attained by our own effort, does not absolve us of the responsibility to do something about it.

“Make every effort,” Paul writes, “to maintain the unity of the Spirit in the bond of peace”.

For we, the Church, are one. The classic marks of the Church, the description we use in baptism as we welcome new members to the faith: the One, Holy, Catholic and Apostolic Church; begins with the adjective ‘One’. Looking at a world with thousands of different denominations, a Church in which you can find an enormous variety of theological and political and social views, often at odds with one another, and frequently very strongly held, it is an almost absurd claim, that we are one. But that is our declaration of faith, that, as Paul writes, “there is one body and one Spirit, just as you were called to the one hope of your calling, one Lord, one faith, one baptism, one God and Father of all”.

That is to say – often badly, frequently tensely, sometimes violently – but somehow, none-the-less, making it through. Somehow finding enough that unites us to survive those things that divide us until such time as their importance seems to fade. We rarely argue today about whether angels have corporeal form, or whether slavery is acceptable within the Church, or whether those who receive communion should receive both bread and wine or just bread – but all of these are questions that threatened the unity of the Church in their day.

Yet somehow the Church lived with these conflicts, muddled through, perhaps, until such a time as those arguments, once so relevant and essential to so many people, seem either resolved or quaint and irrelevant.

And how has the Church maintained its essential unity through these times? It requires an attitude of life that Paul describes “with all humility and gentleness, with patience, bearing with one another in love, making every effort to maintain the unity of the Spirit in the bond of peace”.
When we have disagreed – even when we have disagreed passionately (for the people of God are not called to hold their faith as a light thing!) – we have maintained unity, remained one, because there has been enough humility – recognising that however strongly I feel, I may be wrong, and I can certainly learn and become more right – enough gentleness – seeking ways in which I can hold a disagreement with another without using it as a weapon against them – enough patience – trusting that God is working and will continue to work to bring us all to a common place – and above all, enough love, valuing our relationship with one another more than we value winning our arguments.

But to paint a picture of God creating our unity in Jesus and then leaving it to us to maintain it would be to misrepresent what Ephesians chapter 4 says to us about who we are. For having called on us to make every effort to maintain that unity, he goes on to speak of the way that God continues to be involved in the day to day life and, for want of a better word, governance of the Church – by giving us the gifts that we need to fulfil that calling.

Paul writes: “The gifts he gave were that some would be apostles, some prophets, some evangelists, some pastors and teachers”.

Now there have been books written, entire teaching series developed around this so-called five-fold ministry: apostles, prophets, evangelists, pastors and teachers; about the way that the different needs of the young Church were met in the different roles therein. And I think there is a lot of value in exploring those different roles and how they might operate in the modern Church, and how we are (or aren’t) seeing them at work. In the Uniting Church, for instance, I think it’s easy to see a lot of great work of pastoring and teaching, and within the denomination we certainly also have our share of prophets, speaking challenging words of justice both within and beyond the Church.

On the other hand, we maybe aren’t so big on Evangelism, and I’m not sure we would recognise an Apostle if it bit us.

But that’s a discussion for another day. Because in the context here, of the unity of the Church, it seems to me that there are three things that are more important to say about this passage.

Secondly, Paul emphasises variety of gifts – God has not just given apostles, like him, or pastors, or teachers – God is not the man with a hammer to whom everything looks like a nail. There is no single magic bullet of ministry, no single gift that meets all needs. We are different, with different gifts, and all that we have has been given because it is needed.

And finally, these gifts are given for a reason. Paul writes they are given “to equip the saints for the work of ministry, for building up the body of Christ until all of us come to the unity of the faith”

The gifts of God are given to equip us for the work that we have been called to, to build us up as a body, and to bring us to – and here’s that word again – unity.

Our unity is both our means, and our end.