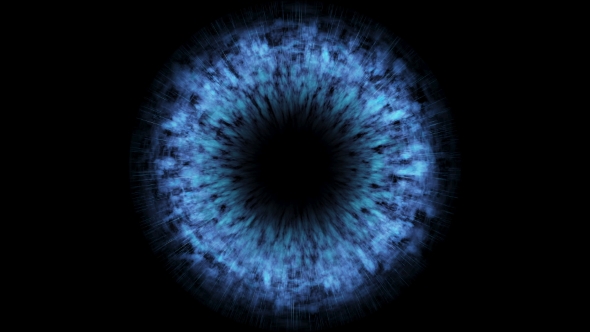 Who are we: making known the mystery

Ephesians 3:7-21
Today’s reading from Ephesians brings us to the end of the first half of the letter. Literally, given that it’s the third chapter out of six, but more importantly, in terms of the structure, the layout, of the book.

These first three chapters lay out Paul’s theology, in particular, his theology of reconciliation; his argument that we have been called together in Christ, united by the work of Jesus in order that we might be united in God. That the good news of salvation is for all, Jew and Gentile alike.

The second half of the book begins, in the opening words of chapter 4: “I beg you therefore to lead a life worthy of the calling”. The remaining three chapters are Paul’s practical outworking of that theology; his description of what this reconciliation in Christ looks like in the details of day to day living. And it’s going to be really important to keep that in mind in the coming weeks; that the rules for living, the ordering of family life, the relationships between slave and master; that these are all the application, in a particular time and culture, of the fundamental truths of who and whose we are.

In particular, in the words of our reading today, we as the Church have been called to make known “the wisdom of God in its rich variety”: in chapters four, five and six, Paul will outline what that might look like for his first readers. But mistaking the outworking of a truth for the truth itself is the root of many, many distortions. Not least of which is the use of passages from Ephesians to defend patriarchy, to defend slavery, to defend domestic violence and violence against children.

Which is why it is so important to read that we read the first half, first; for our task is to work out how we, in our time and place, work out those same truths in a way that might make known the wisdom of God to our culture.

So it’s with that in mind that we turn to Ephesians 3, in which Paul talks about a mystery, hidden for the ages in God, but now, through the Church, made known to the rules and authorities in the heavenly places.

That’s a difficult phrase for us, and I’d like to take a few moments to unpack it. “The rulers and authorities” would seem a simple enough reference. The gospel, the good news, the Church, had always been a movement from amongst the people, from the grassroots; not a directive of the authorities or rulers, whether they be religious, political or military.

So to say that, through the Church, that is, through this movement of people known as the followers of the way, the people of Jesus, something new was being made known to the rulers and authorities of the day, that would make perfect sense. A mass movement speaking to the rulers of the day, we can think of plenty of examples: Ghandi, the civil rights movement, the suffragettes, the ending of the Vietnam war, the #metoo and #nomore campaigns – something new emerges, from the ground up, and eventually demands the attention of those rulers and authorities.

But Paul doesn’t leave it there. For the wisdom of God is being made known, he writes, through the Church, to the rulers and authorities in the heavenly places.

And this isn’t the only place that Paul uses this sort of language. In chapter 6 he will write that ‘our struggle is not against flesh and blood, but against the rulers and authorities, against the cosmic powers of this present darkness, against the spiritual forces of evil in the heavenly places’.

Now I don’t know how you understand this sort of language, the language of spiritual forces of evil. To be honest, I don’t know how I understand it, either. But what does seem to be abundantly clear is this sense that there is more to the way the world operates than simply the decisions of individuals.

That the forces which stand against God in the world are more than just the sinful and selfish decisions of individuals. That there are powers in the world that we name as if they were entities in their own rights: racism, exploitation, oppression, white supremacy, militarism, sexism, patriarchy, poverty, homophobia, nationalism, capitalism; we name these things, and talk about them almost as if they were more than just the sum of their parts.

The language varies; economists, political scientists, sociologists, all speak of these things differently, and (obviously) seek materialistic descriptions of them, but the idea remains – some systems are so big and complex and powerful that they seem to take life for themselves. Is there something else, a spiritual reality behind these forces? I don’t know.

And on one level I don’t expect that it matters. because Paul’s argument here is not about the origins of these rulers (though he will return to that question a little in Chapter 6), but our relationship to them.

That those things, those forces that seem to rule the world, whatever they are, will be shown the wisdom of God in it’s rich variety through the Church.

The Church is God’s chosen way to make known the mystery, to demonstrate the possibility of a way of being which is not that of the powers. We have received that gift, that grace, that mystery, bringing together of Jew and Gentile into one new creation united in Christ; demonstrating that even the deepest of all human divides is transcended by the mystery of God’s wisdom.

The Church is God’s way of showing the world, and the powers behind the world, that their power, arising, ultimately, as it does from greed, envy, othering, fear, prejudice, is not the only way. That there is something else, a radical alternative based on inclusion, reconciliation, generosity, love, and that this, this something else, is the plan, the mystery of the universe hidden, until now, in God.

And the Church is God’s way of showing that to the world.

And it is for this reason Paul then prays for his fellow believers.

For this reason. Because we as the Church are meant to be something more. More than a human institution, more than a collection of people drawn together in the common love of God, more than a gathering of individuals who are together celebrating the grace of God that has called and changed and saved them. We are called to be the salt and light of the world, the hope of the world, the living out of the love of God.

God creates Adam and Eve in Eden, with just one rule. And it goes wrong.

God chooses to try again through Noah, wiping out everything else; and within no time at all Noah and his family have gone bad.

God calls a people to be a blessing to the world, but over and over again they turn their backs.

God frees them from Egypt, makes them a nation, but they demand a king. Kings go bad, nation falls apart.

The mystery of God’s wisdom, as Paul wrote, remained hidden for the ages. Until it was made visible in Jesus Christ and in the Church.

It’s an amazing vision for Paul, for whom the Church was still a tiny insurrection, a handful of Churches consisting, in many cases, of just a handful of people. This was no great and powerful institution; if you feel like we are in the minority today, the early Church was a tiny fraction of our size and influence.

But Paul has this vision of the Church as God’s way of making God’s reconciling wisdom known to the world. And you don’t need to be big to set an example, to show an alternative.

And for that reason, Paul prays that we will be strengthened with power, that we will be the dwelling place of Christ, and that rooted and grounded in love we will both mentally comprehend and experientially know the love of Christ that surpasses knowledge so that we may be filled with all the fullness of God.

He prays that we will be filled with the fullness of the God who fills the universe, that we may know the love of God which is beyond knowing.
Because that is the other way. The alternative. The message that we have for the powers and authorities in the heavenly realms.

The wisdom of God in its rich variety is the love of God which is beyond all knowing. The life worthy of the calling of God comes from the saturating indwelling of the love of God.

By this, Jesus said, all people will know that you are my disciples: if you have love for one another.

Paul brings his theological outline to a close with a doxology:

to him who by the power at work within us is able to accomplish abundantly far more than all we can ask or imagine, to him be glory in the church and in Christ Jesus to all generations, for ever and ever. Amen

And then begins the second half of the book – lets see how this love is going to work out in practice.

Which is where we go next week.