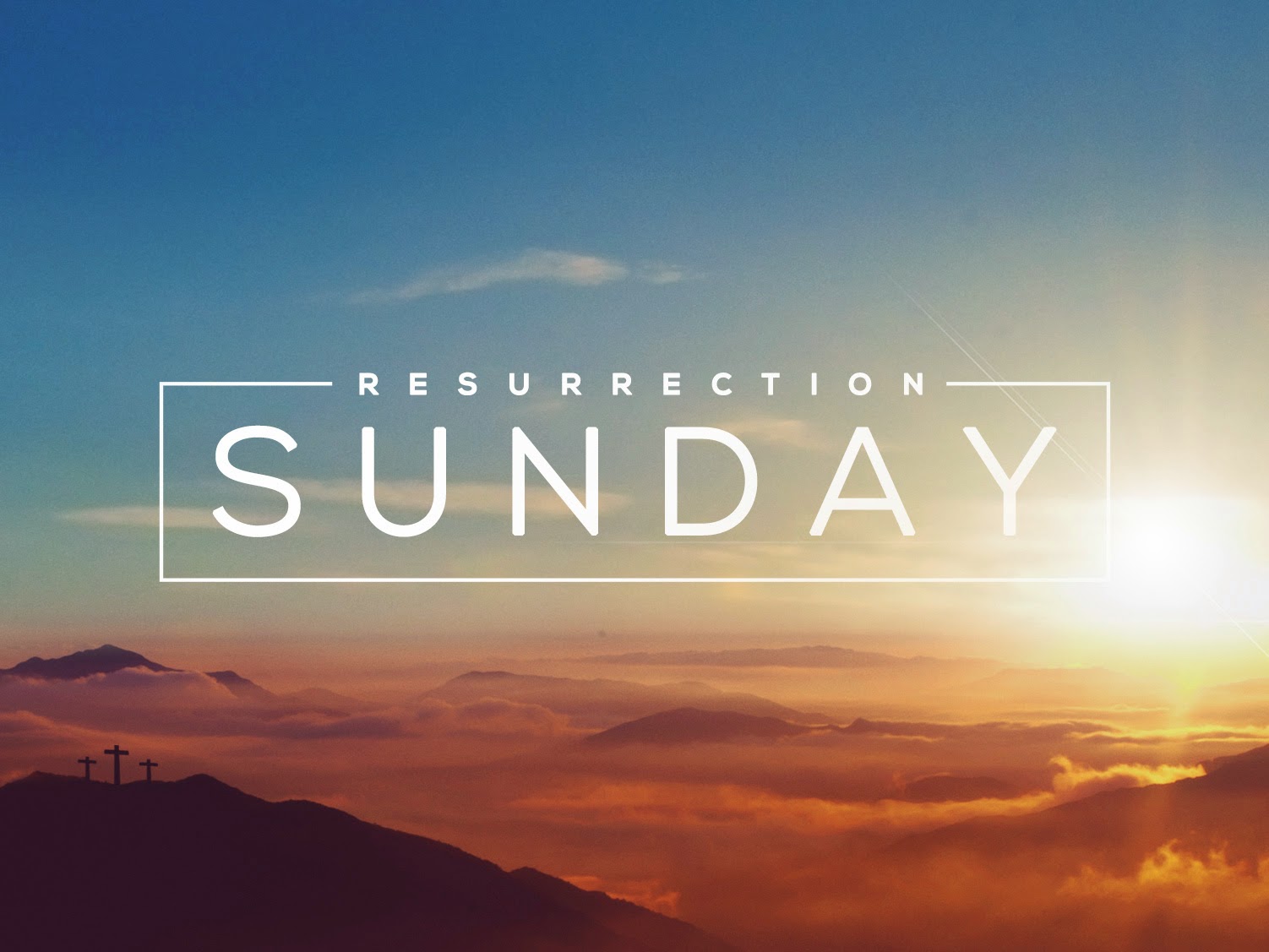 The fact that you’re here, and not having a lie-in, or down at Bunnings for the traditional long weekend Australian DIY bonanza tells me that you know that there is more to this day than many – most – of our friends and neighbours are yet to see.

But I wonder just what it is that you have come to celebrate?

Part of the answer is surely clear – it’s Easter Sunday, we are here to celebrate the day of resurrection. The day when the women went to Jesus’ tomb and found that he was not there, when they heard the words of the angel asking “why are you looking for the living amongst the dead?”; the day Mary heard with amazement the voice she thought she had lost forever speaking her name.

After the darkness of Good Friday – the final and ultimate of all possible wrongs – love overthrown, innocence condemned, God rejected. A day on which everything that is wrong with humanity – greed, prejudice, betrayal, cowardice, manipulation, realpolitik, spiritual blindness – was compressed into a few hours; and after the hopelessness of Saturday, the day after the death, the day when it seemed everything had failed, all hope was gone, all purpose rendered meaningless, finally we reach Sunday morning to find that in the face of Jesus’ unfailing love, life has turned back death, love has conquered hate, and hope has been re-established.

Isn’t that something to celebrate? When good overthrows evil, when right turns out to be stronger than might, don’t we all want to cheers along?

Of course we do. And that is the celebration of Easter. But let’s not stop there…

For if this were just the story of good triumphing over evil despite all the odds, it would be just one such story to celebrate amongst many. An unexpected triumph to celebrate and talk about, but not something to shape our lives around.

For Easter is about a great deal more than the triumph of this one man, however great and good, about far more than one person coming back to life. The Christian conviction, the hope of our faith is that in the life of Jesus we see an image of what we could be; we get a foretaste of what we will be.

And all the things we see in the resurrection of Jesus, by God’s grace we receive as a promise into our lives. In the turning back of death we hear God’s promise that death is not the end – not our death, not the death of our loved ones. In the return of hope after the dark night of despair we see God’s promise that there is no darkness so deep that it cannot be penetrated by the light of hope. In the triumph of love over hate we receive God’s promise of forgiveness and reconciliation as the cornerstones of life.

We don’t gather to celebrate Easter as something that happened to Jesus, once, long ago: we gather to celebrate Easter because the resurrection is something that happens to each one of us, over and again, as things we care about – hopes and dreams, ambitions, careers, relationships, loved ones – die – but, by the grace of God, are raised again, sometimes in the same form, more often in the form of something new.

This, surely, would give us more than enough reason to celebrate at Easter.

But let’s not stop there, either.

For the one thing Jesus spoke throughout his life – the main theme of all his teaching – was his proclamation of the Kingdom of God. When he rode into Jerusalem on Palm Sunday, the people greeted him as the one who came as king; the king sent by God. The one who would usher in the time of peace and joy spoken of by the prophet Isaiah, in which there would be no more weeping, no child who would die young, no threat of invasion, flood, or fire, no fear of want, no lives wasted, no families torn apart. The setting right of all things, the world the way God always wanted it to be.

That he spoke of a kingdom so scared those who had power in his day that they killed him – killed the king, and with him, killed the dream of the kingdom.

But when the king did not stay dead, what of the kingdom? When Jesus rose, and returned to his friends, so too did the dream, the vision, the belief that by the power of God, and by the hands and feet and minds and mouths of the people of God, all things might be made new, made right, made fit for the king who had poured out his life in love, and in love received it back.

What we celebrate at Easter is more than just the triumph over evil of one good man – it is more even than the power and gift of that triumph at work in each of our lives. Easter is no less than a new beginning, the start of the remaking of all things, the recreation of all of creation.

The start of the recreation, but not its end. The power of the resurrection; the power of love over hate, of reconciliation over division, hope over despair, mutuality over conflict; that power remains at work in our world, making real the kingdom Jesus spoke of.

It is good and right to celebrate the resurrection of Jesus on Easter morning, but even better and greater to identify as people of the resurrection, to join it, to enter it and let it enter us, to give ourselves to it and receive all it offers us, so we can wholeheartedly participate in it and with it, so that through us the resurrection and all that it contains – reconciliation, forgiveness, peace, grace, love, hospitality, joy, hope, – keeps spreading until all of creation is healed, all peoples reconciled, and everything is made new.

For in a world in which we struggle to find good news, a world of Trump and Brexit and Climate Change and Refugees and Racism and all the rest we struggle, sometimes, to find reasons for hope.

But it is our faith that there is reason to hope. That’s going to be our theme over the Easter season, as we celebrate the hope that comes into a world that is so often characterised by despair, the hope that begins here, in the words of the angel:

Why do you look for the living among the dead? He is not here, he is risen.

And because he is risen, everything is changed.

Because he is risen, we take courage.

Because he is risen, we walk forward into the hope that calls us.