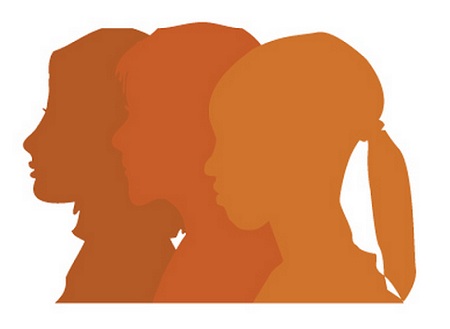 Deuteronomy 10:12-20 | Luke 10:25-37
Today we come to the end of our series of Sundays exploring Justice, the public face of love, and we turn to racial justice. And as we do so, I think it’s worth reminding ourselves, once more, of the theological truth that lies at the heart of our quest for justice; that we do not seek justice for our fellow women and men out of some form of liberal rational humanism, nor out of any form of enlightened self interest (although there are worse reasons than those); that we seek justice for others because we believe that we have been made in the image of God, and because when we say that, we cannot but say “and so have they”; we seek freedom for others because we have been set free; we look for practical ways to show love for others because God has loved us.

Justice is not some sort of peripheral concern for the people of God; it is one of the core strands of who we are. Because we are people who are defined by love; by the fact that God has loved us and that we are, by that love, set free to love others; and justice is what love looks like in public.
And today we reflect on the surely undeniable truth that that love does not depend upon race, colour, nationality, or religion.

Which is not to say that all religions are the same, or that they are all equal – for I believe that God wants all people to come to a knowledge of the love of God that was made known in the saving acts of Jesus – but it means that that love of God, the love that we proclaim, is extended to all, just as God, as Jesus put it, sends the rain on the righteous and the unrighteous.

Now in the Old Testament narrative that isn’t always clear. The Old Testament, reflecting as it does the gradual development of the understanding of God amongst the people of God, has strong strands of parochialism, of God commanding the slaughter of foreigners, of God declaring Godself for ‘us’ and against ‘them’. Which makes it quite easy to quote the scriptures in support of racism, just as it is easy to quote them in support of slavery, or sexual discrimination, or homophobia, or child abuse.

But at the same time, throughout the Old Testament you also find other voices; often quieter, often almost hidden, but speaking out the message that Jesus will proclaim to be the truth. We hear it today in our reading from Deuteronomy – you shall also love the stranger, for you were strangers in the land of Egypt – you know what it’s like to be the foreigner in the land, so treat those who are foreigners in your land well; a foreecho, as it were, of the golden rule: treat them as you would like to be treated in their place.

Treat others as if they bore the image of God. Because they do.

This is the voice from the Old Testament scriptures that Jesus chooses to amplify throughout his ministry, and perhaps most particularly in our reading today from Luke – probably the most famous of all of Jesus’ parables, certainly one that has put the phrase ‘a good Samaritan’ into popular English idiom, even into our law. The parable reminds us – as if we really needed to be reminded – of the gospel imperative to treat others as neighbours even if, as was the case for the Jewish victim and his Samaritan helper, you come from different cultures, different faiths, different countries.

I’ve often told this story in scripture classes. And one of the things that I do when I use a story like this in scripture is to invite the children to wonder about it; asking open wondering questions – “I wonder why the man was travelling in such a dangerous place?” “I wonder who the robbers were?” “I wonder what happened after this story finished?”

A couple of years ago I told the story to a group of year three kids. And one of the things I then asked them to wonder about is how the story would look if all the people involved had been children instead of adults. And I don’t know it happened, but suddenly the students had changed the story into one set in the playground – a story of bullying, and of people deciding whether, as bystanders, they would have the courage, the conviction, and the compassion, to get involved, to stand up for the child being bullied.

It was an amazing discussion, because it captured the truth at the core of the story of the Good Samaritan; that this is a story about the bystanders. The real villains of the piece, in a sense, are the robbers – but that’s not where the focus, the contrast lies. Because Jesus wasn’t speaking to teach people “don’t rob travellers” – remember, he was telling the story in answer to a question asked by a man who was a good, law abiding citizen – he was teaching “don’t walk by on the other side of the road”.

See, the thing is, no-one could blame the Priest or the Levite for walking by. Stopping to help might have been dangerous; it wasn’t unknown for robbers to feign injury to lure travellers into a trap; and, for that matter, helping a man who might end up dying on them, they would risk becoming ceremonially unclean – which would have meant they couldn’t do their duties.

The Priest and the Levite were doing what most bystanders do when they see a situation which is wrong, but has elements of danger, or of complexity, or in which the right course of action isn’t totally clear; they decided that it wasn’t their problem. That someone else would sort it out, some expert, the authorities, the ones who knew all the details and had the responsibility. The bystanders in the school playground who don’t get involved because they don’t want to become a target, or because they don’t want to lose the friendship of those in the wrong, or because they think the teachers will look after it.

Which, sadly, is the way that most of us in Australia treat the problem of racial injustice. We are far enough removed from it, most of the time, to simply assume that it is someone else’s problem.

It seems to me that there are three main areas in Australian life where racial injustice causes significant harm to women, men, and children made in the image of God; devaluing, denying opportunities that we expect for ourselves and our children, and ultimately even dehumanising: our relationship with indigenous Australia, pervasive islamophobia, and our treatment of asylum seekers.

Each of these deserves far more discussion than we have space for in Sunday worship, so I’m really only going to say a few words, but invite you take the challenge to find out more. The newsletter this week has the addresses of three websites that might serve as good places to start.

The first is the Uniting Aboriginal and Islander Christian Congress, the group of Indigenous Australian Christians who identify as part of the Uniting Church. I’ve heard it said (but haven’t been able to verify) that within Australia Indigenous Australians have a higher proportion of the population identifying as Christian than any other ethnic or national group, and the Uniting Church has deep and profound relationship with Indigenous Christians. In 2009 we, as a Church, adopted a new preamble to our constitution (a copy of which is on the resource centre) which I would encourage you to read and reflect on.

The second is our response to Islamophobia. Now I’m guessing that no-on here goes around abusing Muslims, but, in the context of our story, that’s like not being the robbers. The website I’ve given a link to is a Facebook page called “Aussies supporting Muslims” – it’s basically a clearing house for discussion of how, as non-Muslim Australians, can show our support for, our, one might even say, radical hospitality towards, Muslim Australians, so that alongside the narrative of hostility and othering that is sadly all too prevalent in our society, they can see another story, one of welcome and inclusion and love.

I’d also encourage you to come to the Community Action Workshop here on November 11th; the workshop will be all about how we can help to change the nature of the conversation around asylum seekers in Australia, how we can help to take some of the poison out of the public discourse around people who are seeking our help in their time of greatest need.

And so we come to the end of this short series on Justice – I’d like to close with some words from N.T. Wright, in his excellent “Evil and the Justice of God”

“God’s justice is a saving, healing, restorative justice, because the God to whom justice belongs is the Creator God who has yet to complete his original plan for creation and whose justice is designed not simply to restore balance to a world out of kilter but to bring to glorious completion and fruition the creation, teeming with life and possibility, that he made in the first place.”