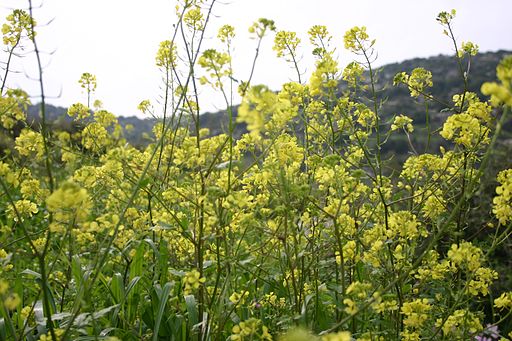 And it’s not just Mark, either – the Kingdom of God (or the Kingdom of Heaven as Matthew, in deference to the sensibilities of his Jewish audience, records it) is at the heart of Jesus’ message, as told by all three of the synoptic gospels.

To speak of any Kingdom other than Rome was to commit an act of treason; to give fealty to the Kingdom of God was to rebel against Rome; the name Jesus as King was to declare that Caesar was not.

And yet at the same time, in all of Jesus’ preaching, it was clear that the Kingdom that he spoke of was in some way qualitatively different from Rome; opposed to it, certainly, when it was a matter of loyalties, but not a replacement for it. That the Kingdom of God was not just another empire.

Whenever we think about, talk about, the Kingdom of God, we have to hold these two truths in tension: that the Kingdom of God is a deeply political idea – in the sense of being this-worldly, of being about things like justice, and hospitality, and health and the common good – while at the same time it was not a political solution; for rather than simply replacing those in power with a new, better set (which I think we have plenty of evidence from human history doesn’t work, at least not for long), it instead challenges the assumptions and values and methods of power and influence in the current day.

It is a kingdom without a language, without an army, with no government, borders, or passports. A kingdom unlike any that the world had known.

So in our gospel reading today, which comes near the start of Jesus’ teaching as recorded in Mark’s gospel, Jesus starts to lay out his manifesto, as it were, his description of what this different kingdom was really to be like.

And in the style of the day, he doesn’t teach by telling people in plain language what he wants them to hear, much as we might wish he did. Instead, he uses parables, picture stories, into which truths about the kingdom are woven.

Telling stories as a way of expressing profound truths is, of course, a tradition that crosses cultures and ages; great teachers of all times and places have known that a narrative, a story, can communicate much more deeply than simple assertions. As a scientist by training, I grew up placing high value on precision of language, on avoiding ambiguity in expression. In that way of thinking a parable is a terribly inefficient, error-prone way of communicating. I can remember to this day the moment in which I realised why parables were so much more than they appeared, so much more effective than simple statements of truth, when someone said to me “if you want to learn about people, about human nature, read a good novel. You’ll learn more about humanity from Jane Austen than any psychology textbook.”

And it’s true; stories convey more truth about important, complex, human matters than any number of assertions, doctrines, or statements of fact.

And stories do something else – they disarm opposition, for they do not invite argument. I had the great privilege of joining the Wednesday small group this week, in which those there took the chance to share a story from their life of faith; as we’ve also heard Sonia do today. Amazing stories, so different from each other and from my story, but each with the clear and deep ring of truth about them.

For when you hear someone else tell their story, you can’t argue – indeed, you don’t want to. It’s why telling stories – whether they be the true stories of our lives or the parables of the scriptures, ought to be at the very heart of an invitational faith. Stories welcome others into conversation and into relationship; they offer, and even challenge, but without demanding.

So Jesus taught them in parables. And in today’s reading we had two parables about the kingdom, both parables of growth, parables with an organic theme.

So what is it about the kingdom? Why does Jesus use these images of plants, of wheat and mustard seeds, of sun and rain, seed and soil, growth and harvest?

What you hear in these parables might be different from me – that’s part of the beauty of parables. This is what I hear…

But the same logic might say to the sower – why throw the seed away onto the ground? Won’t the birds eat it? Won’t it rot? Sowing seed, in truth, is an act of faith – throwing grain away, in the hope that the promise of harvest will come true. Sometime in the future, perhaps after a long wait. Taking something of value, and throwing it away, not blindly, but in hope, in faith.

That image really brings us back to where I began, and brings our two parables together – that the Kingdom of God is not the Kingdom of Rome. Rome was the mighty tree – powerful, orderly, monolithic, hierarchical, planned, structured. The Kingdom of God, on the other hand, is the weed that just keeps on appearing, no-one quite knows how, however hard the powers of Rome – the powers of the world – try to keep it down. Suppressed, oppressed, or ignored, it still appears in the cracks, forcing its way into the light.

Of course, for a great deal of history – perhaps from Constantine until, well, right up to the living memory of some of us here – the Church has been more like the tree than the weed. It’s been at the centre of life, the heart of the community, standing strong in times of hardship.

Which is why, as we live through a time when the size and influence and prominence of the Church seems to be falling away, we need to hear again the words of the parables of the Kingdom of God; words spoken, after all, to a people who were not in positions of power or influence, but to fishermen, shepherd, farmers, ordinary people.

Words that speak of the seed that grows when it is cast aside in the act of faith – the faith that says “I don’t know how it works. I don’t know how the world gets changed, whether the Church will grow or shrink, whether my acts of love will be accepted or rejected. All I know is the promise of God – the seeds God sows, the seeds that I sow in my acts of kindness, generosity, forgiveness, love, justice, the seeds I sow in my telling of stories of faith, stories of Jesus, stories of my experience of God – those seeds are the work of the kingdom, and like a weed, inexplicably and unpredictably, in unexpected places and inconvenient moments, they will grow, and like weeds they will survive every effort to keep them down, and the birds of the air, the nations of the world, will come and take shelter in what we sow.”