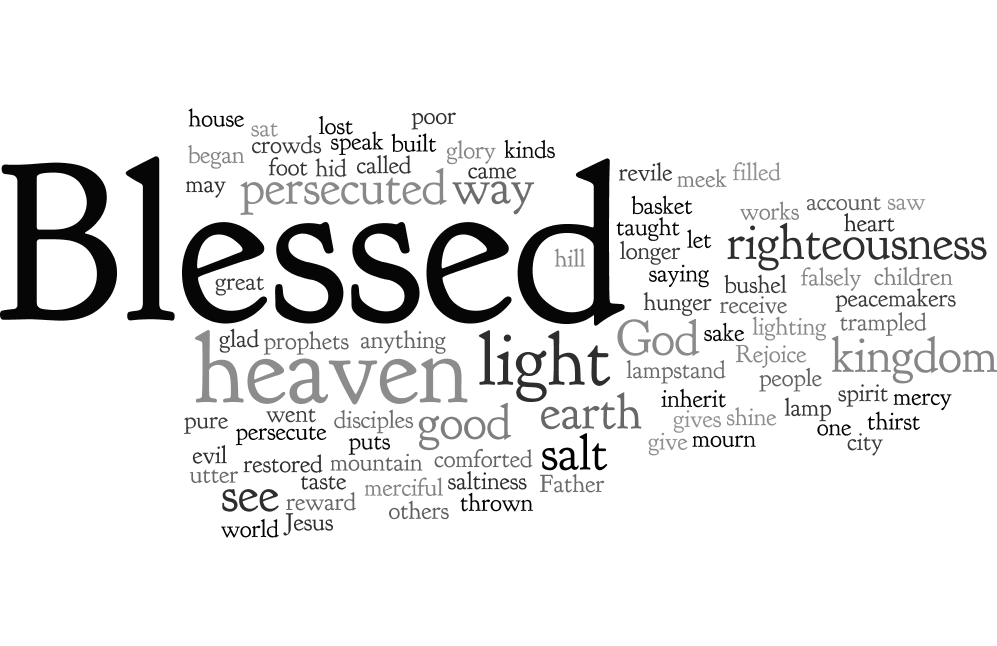 In Matthew’s gospel, Jesus’ three years or so of ministry is bookended by  the word disciples. It begins, with the calling of disciples, and ends with the great commission, to go and make disciples of all nations.

And in a sense, everything in between is simply an extended exploration of what that means, what it means to be a disciple of Jesus Christ.

Indeed, there is a sense in which the whole of the Christian life, from our first experiences of God, to the day we die, is the same: an exploration of what it means for us to be Jesus’ disciples.

Life throws many other things at us; we spend much – if not most – of our lives puzzling over other issues; what subjects we want to study, what career we want to pursue, who we might love and live with, how we will handle our finances, where we will live, where to send the kids to school, these and a thousand other, important questions.

But lying behind all of these concerns and questions lies just one: how should we live. What constitutes a good life.

And of course this isn’t a question that originated with Jesus. It was a question that deeply troubled the ancient philosophers – indeed, in a sense it was the single question that Socrates spent his life wrestling with – and which has troubled those who have taken the time to take it seriously throughout history.

And one thing that seems to be consistent through history is this: that thinkers and philosophers, prophets and theologians, who have honestly asked the question “what makes a good life?” have over and again found answers that shook the societies they lived within.

Of Socrates it was written:

By searching for true justice, true beauty, or true friendship, he inevitably called into question what was widely believed to be justice, beauty, friendship, and so forth. He could not teach without casting serious doubt on traditional wisdom and on what was then common sense. With every question he raised he had to shake deeply held convictions. He had to cast doubt on the authority of fathers, the viability of tradition, the soundness of popular beliefs, the wisdom of established authorities, and the validity of long-standing conventions.

And, of course, Socrates was sentenced to death for calling such things into question. Just as so many of the prophets; and, of course, Jesus himself.

For it is surely impossible to read the gospels, hear the words of Jesus recorded therein, and not see in them a calling into question of the things that our world takes for granted. That they are words that shake our assumptions, challenge our cultural wisdom, cast doubt on our traditions.

And in doing so, Jesus stood in the tradition of the Old Testament prophets who had, each in their own context, challenged those around them with their answer to the question “how should we live”.

Micah lived in a society, a culture, that had remembered the trappings of their religion, but forgotten the point. Their sacrifices at the Temple were faultless, but their lives were anything but. Believing that in their religious observance lay the heart of the good life, they brought their burnt offerings, their rams, their oil – as the law of Moses demanded that they should.

But Micah mocks their offerings: “will a thousand rams please God? Or ten thousand rivers of oil?” Does God need your gifts? Or does God desire something else of you?

And then he offers his own answer, the vision he has seen of what God really wants from the people: “God has already told you what is needed: do justice, love kindness, walk humbly with your God.”

For Micah, the answer is simple – you don’t need to rack your brains to work out what God wants – for you’ve already been told.

In the words of the prophet, God says, I want, I need, people who love kindness, who delight in bringing comfort to those in need, who rejoice in bringing a smile to the face of those who have little to smile about, whose greatest joy is in the joy of others. I need those people.

And I want, I need, people who do justice. People who stand up for those who are persecuted, who speak up as the voice of the refugee, who are willing to put what is right above what is convenient, profitable, or conventional.

I want, I need, people who will be my people. Who will walk with me, live for me, in the humility of knowing that I am their God.

It really is that simple. And that hard. And, for a people brought up on the story of a God who demands offerings and cares about little else, that radical. That controversial. That liberating.

And seven centuries later, in a different land, amongst a very different people, Jesus brought his answers from the same tradition.

Matthew tells us that Jesus has been “proclaiming the good news of the Kingdom of God” everywhere he went, and here we have the first place in the gospel where that good news is spelled out. And a very strange sort of Good News it turns out to be. For in almost every line it takes those things that we so easily judge as blessings, and turn them upside down and inside out.

For the things that Jesus names as blessings, and the things we place value on, hardly even seem to overlap.

Easy and entertaining, along with an obligatory nod to “blessed are the cheesemakers”, but pretty much missing the point. Jesus could easily have spoken these words in the negative: he makes those points clearly enough elsewhere in his teaching, even elsewhere  in the sermon on the mount. But here, in the beatitudes, he isn’t telling us what messages of the world that we need to deny, so that we can congratulate ourselves on the way that we don’t chase after power, wealth, praise, fame, or whatever.

It’s all too easy to read Jesus’ words, and see in them a rebuke to other people. Indeed, in the parallel passage in Luke, the ‘blessed are yous’ are followed by ‘but cursed are yous…’.

For recall: the main audience for Jesus’ teaching, especially in the majority of his ministry that he was outside Jerusalem, teaching in the towns and villages, was the common people. People who maybe didn’t feel blessed by God. People who maybe didn’t feel that they had a lot to offer to the life of their religion – the poor in spirit. People who were struggling; those who mourned, those who thought of themselves as unimportant.

But then, having drawn his listeners in with those first few ‘blesseds’; the ones that reach out to include everyone, even – no, especially – those who didn’t see themselves as of importance to God, Jesus’ words take a turn to challenge.

Blessed are those, he declare, who hunger and thirst for righteousness. Not just want what it right, but have a passion for it, a craving. Blessed are the merciful; those who reflect the character of God, looking not for revenge in those conflicts of life, but for the opportunity of reconciliation. Blessed are the pure in heart; those whose motivations are transparent, whose integrity unquestionable.

And blessed are the peacemakers. Not just peacekeepers, peacemakers. Who are willing to take the risk, whether physical, emotional, or reputational, to step between the parties at conflict, to create the space in which peace can be born.

And here we see in microcosm the whole of Jesus’ way. He declares that we – even we – are blessed by God, valuable to God, important in the Kingdom of God. Even, especially, when we don’t feel like it. Even as we are.

We are blessed, we are welcome, we are important, we are loved. No preconditions, no requirements, no exceptions.

But we are also invited to become more than we are. To hunger and thirst for justice, for the welfare of others, for the good of all. To live lives of practical mercy, reaching out to those who do not deserve it because God reached out to us. To take the risk to be peacemakers, to be known as the children of God.

The Kingdom of God has no immigration department – everyone, everyone is welcome. But as citizens we are expected to grow to live more and more lives that reflect the way of the Kingdom, as its representatives, its ambassadors, its people.

And that is what the sermon on the mount is going to teach us.