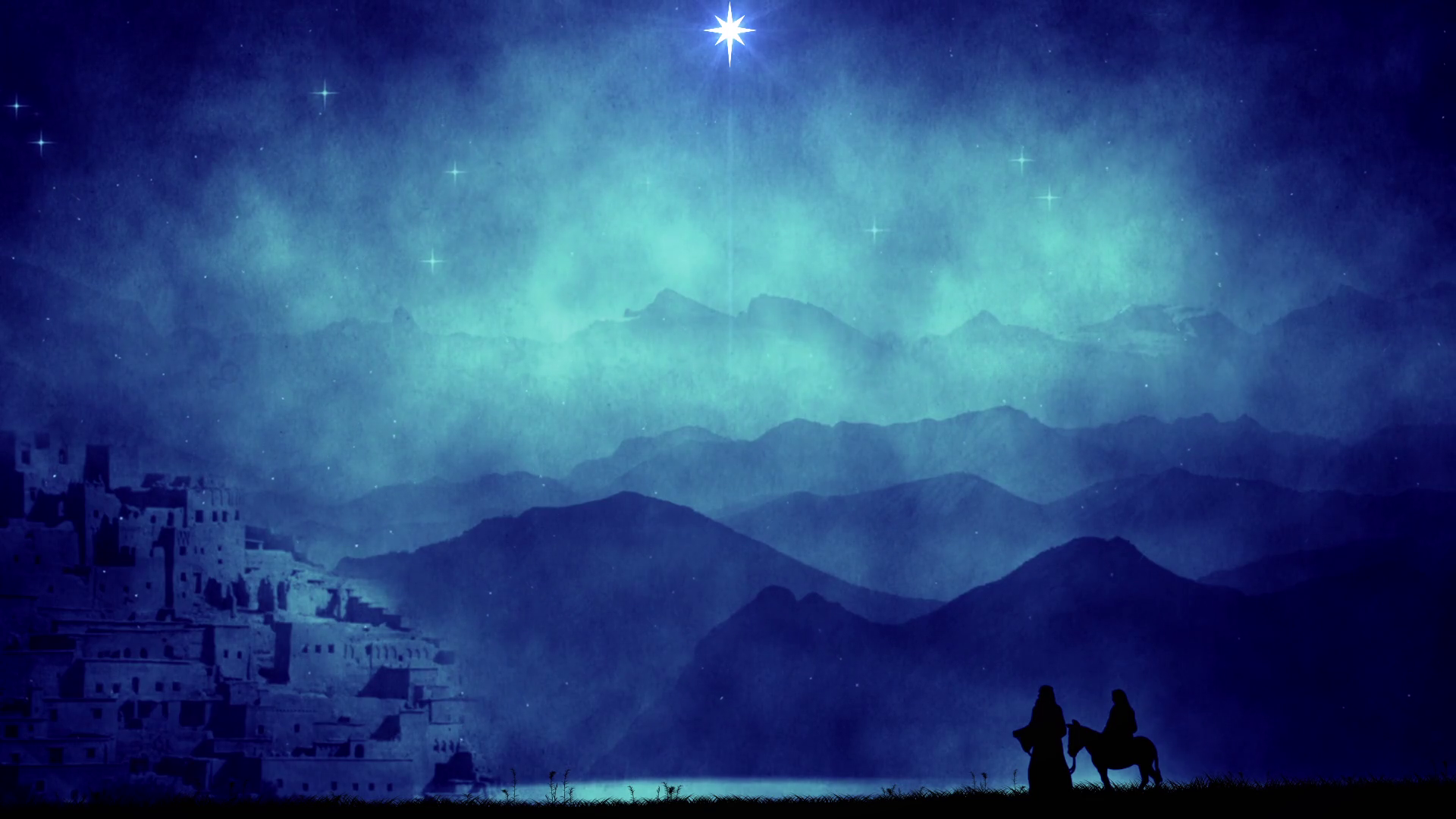 We have another of those readings today that seem hard to say a lot about. We know this bit of the story, it’s just a bit of narrative to set the scene, and to link Jesus back to the words of the prophets, and especially to those we heard from Micah.

Because everyone who knew Jesus as an adult knew that he was from Nazareth. Nathanael famously mocks Jesus’ origins before meeting him – “can any good thing come out of Nazareth?”, and Matthew’s gospel refers to the popular understanding that the Messiah would “be called a Nazarene”. And in John’s gospel there is even a debate, with many of the Jews of Jerusalem rejecting Jesus as the Messiah because he was from Galilee, when they knew that God’s promised king would come from Bethlehem.

This expectation, this requirement, even, that any candidate to the title of Messiah be from Bethlehem arose from the words of Micah, who placed the birth of the one to come, the one who would be the ruler whose origins were from ancient days, in Bethlehem.

So both Matthew and Luke explicitly place the birth of Jesus in Bethlehem; but only Luke goes to the trouble of telling us why a family from Nazareth would have a child in Bethlehem.

Some scholars go so far as to suggest that Matthew and Luke added this detail, not as a factual record, but simply to satisfy those who knew the prophecy. That argument gets some support from the fact that we have no contemporary record of an empire wide census being taken by Augustus.

But while that argument might make sense for Matthew, writing for a Jewish audience, it’s unlikely that Luke’s readers would have known or cared about where Jesus was born.

It seems as if the author of the Gospel of Luke must have had some other reason for including this detail in his account of the birth of Jesus.

And I think that the answer may lie in the very details that Luke offers us. The reason that Jesus was born in Bethlehem, Luke tells us, is that Mary and Joseph were forced into an unwanted and inconvenient journey by the decree of a distant emperor and a local governor.

Back in chapter 1, Luke has given us the story of Mary and Elizabeth, and of course, the Magnificat, with its declaration of God’s intent to turn the world upside down – “he has brought down the powerful from their thrones and lifted up the lowly”.

And then in chapter 3, the pattern continues, with the story of John the Baptist and his imprisonment (and execution) at the hands of Herod.

Luke declares in his opening chapter that the story he is going to tell of Jesus is a story of upheaval, of the casting down of the powerful and the raising up of the lowly.

For Luke, as for the other gospel writers, the gospel centres around the clash of two kingdoms: the Kingdom of God, and the Kingdom of the world. But where John’s gospel paints the same clash in cosmic, abstract terms – light and darkness, sin and redemption – drawn in words of poetry, for Luke the struggle is quite concrete, quite specific. There are real people identified with the powerful who are going to be cast down, and real people who are going to be raised up.

And so in his opening chapters, Luke names names, and presents the arrival of the Kingdom not as spiritual reality which sits alongside the politics of the day, but as an alternative to the empire.

This, of course, is one of the reasons that we have more than one account of Jesus’ life recorded in the gospels. For the four authors have very different concerns, and each therefore illuminates a different aspect of the work that Jesus came to do.

John shows us the cosmic work of Jesus, the great clash between the spiritual forces of the world and the ultimate creative and redemptive power of God. His are the words that give us ultimate hope – for the triumph of good, for life beyond death, for reconciliation with those we have loved and lost. The focus, if you like, is on the spiritual realm. He shows less interest in particular names and dates and places; the facet of the gospel he tells us of is its universality.

Luke gives us an account which is particular. The Kingdom of God breaks into the world in this place – Bethlehem, at this time, through these people.

John and Luke both speak of the order of all things being turned upside down by the coming of the Kingdom. John paints in broad strokes, but Luke draws our attention to the detail.

And I find that tension, that contrast, really helpful.

Because we need to hear, need to know and trust that this movement, this kingdom that we are part of is universal in its scope – that it does reach across the ages, across this life and the next, that the Kingdom of Jesus Christ does transcend all boundaries, all barriers.

That truth reassures us and sustains us.

Because that is us.

We aren’t Mary and Joseph, but like them, we are individuals called by God to be part of the upheaval that is the Kingdom. Roseville isn’t Bethlehem, but it is a place in which God is at work, always starting something new.

The global scope of the Kingdom of God actually happens with and in and through individuals and communities – the only thing, as Margaret Mead famously wrote “that have ever changed the world”.

The Kingdom of God happens when individuals choose reconciliation.

The Kingdom of God happens when groups work for justice.

The Kingdom of God happens when those with privilege choose not to fight to protect it, but to use it for the welfare of others.

The gospel told us to ‘think global, act local’ long before it became an environmental truism.

The eternal, universal kingdom of God advances through the local and the particular. Through here and us, if we will let it.