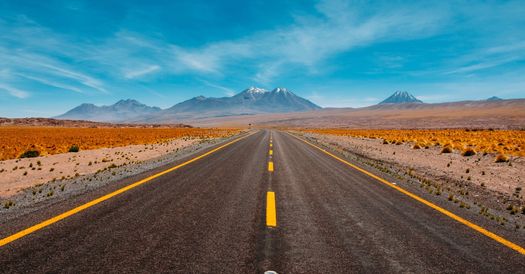 I’ve got to say, so far 2021 isn’t living up to the unreasonably high expectations that have been placed upon it. Indeed, for us in Sydney, the start of 2021 has been quite a bit worse that the end of 2020. Even a month ago we were congratulating ourselves on having beaten COVID, only to be thrown back into the turmoil of changing restrictions and mandates and the watching the daily updated numbers.

But here we are, at the start of January. The season of Christmas is coming to an end. We draw close to twelfth night, to taking down all the Christmas decorations, despite that lurking feeling that Christmas hasn’t really happened – and the festival of Epiphany.

Epiphany is an odd little festival, and one that we really don’t pay much attention to. Partly, of course, it’s because it’s straight after Christmas, and we’re all in the January shut-down – recovering from Christmas, having a well earned break, travelling and all that. Then on top of that, the one thing we mostly do remember about Epiphany is the arrival of the Magi to see Jesus – and those Magi have really been rolled pretty much into the Christmas celebration. Once we’ve merged Matthew and Luke’s account of the birth of Jesus to put shepherds and Magi into the pageant scene around the manger, what’s left to celebrate at Epiphany?

But this is Matthew’s unique contribution to that pageant; an element that he, and he alone, felt worthy of inclusion in the birth narrative of Jesus. Foreigners coming to worship the new born Jewish Messiah, an early enactment of the coming to fruition in Jesus of a long-standing Jewish hope and dream and expectation – that all the nations of the earth would come to know that their God, Yahweh, was the one true God, that all the nations would bow down in worship. One day, some day.

But first of all, a little clearing of the decks – for the story of the Magi, like so much of the Christmas story, has gained layers of imagery which owes more to the pious imagination than to the account given in the gospels. Firstly, of course, we have no particular reason to believe that there were three of them – the number seems to arise through the tradition of religious art, in which it is convenient to have one giver of each of the three named gifts. In the eastern Church the tradition is that there were twelve Magi, a number which makes just as much, or little, sense as three.

Oh, and there’s nothing suggesting they rode camels, either. Although the prophet Isaiah seemed to say that camels will bring Gold and Frankincense, so maybe that one isn’t such a stretch. But Isaiah didn’t say anything about Myrrh. So that’s new.

And of course, there is also no reason to believe that they were kings. While there are lots of Biblical references to kings kneeling before the Messiah – such as in Isaiah: “Nations shall come to your light,   and kings to the brightness of your dawn” there is nothing to suggest that these Magi were royal. Indeed, given their reported interest in stars, it seems more likely that they were of priestly origin, perhaps from the priestly caste of Zoroastrianism, for whom the term Magi was used, and who were famous at the time for their interest in astrology.

In fact, when we start to dig a little more into who these people were, it gets even more interesting. The title used to describe them, Magi, is used of only two other people in the New Testament – Simon Magus, who had previously been known for practicing magic, and Elymus a Jewish false prophet who opposed Barnabus and Paul in Paphos. In each case, the label “Magi” is translated as “magician” or “sorcerer” and is used entirely negatively. Imagine how differently we would hear the story if it were translated “after Jesus was born in Bethlehem of Judea, sorcerers from the East came to Jerusalem”. Perhaps this is why the early church adopted the name of ‘king’ for these three visitors, especially given the very strong condemnation of sorcery in the Jewish tradition.

In fact, that strong condemnation of sorcery in the Jewish tradition perhaps points us towards the start of an answer to our question – what was Matthew telling his readers by including this story in his gospel? Matthew’s gospel is the most Jewish of the four; his initial readers were the community of Christians in and around Jerusalem, almost entirely Jewish, and almost entirely ordinary Jews (not Priests or Pharisees). The central importance of Jesus in Matthew’s gospel is that he is the one who restores true religion to the people of Israel: that in the tradition of the prophets he comes to overthrow the corrupt religious elite and remind the people of what they were meant to be – a holy people, set aside by God for God’s purposes.

But Jesus was not just a restoration of Israel, but also a fulfilment of their purpose. For at the heart of this sense of what Israel was meant to be, evidenced in our Isaiah reading and so many other passages like it, was the sense that one day, through the witness of the people of God, all nations would come to recognise the one true God: “Nations shall come to your light, and kings to the brightness of your dawn.”

With that in mind, look again at the story of the Magi. For the star does not lead them to Jesus – at least, not directly. Their wisdom, their insight, their astrology, did not lead them to Bethlehem. It led them, instead, to Jerusalem. To the place where you would have expected a great Jewish king to be born. And only in Jerusalem did they hear the words of the Hebrew prophets, words that pointed them the rest of the way to Bethlehem.

Matthew, in this story of the Magi, brings together two traditions – the knowledge of Yahweh, the revelation of God God that had come through the people of Israel, and, most especially, through the words of the prophets; and the wisdom of the “nations”, the gentiles, these visitors from an unnamed “East”.

The knowledge of the Magi, the nearest thing that the ancient world had, at that time, to a tradition of science, brought them to Israel, and then the stories of the people of God led them to Jesus.

And this marks a new beginning. For the people of Israel had always been told that their knowledge of God, their calling to be the people of God was not intended for their benefit alone, but for the good of the world.

They were, in the words spoken to Abram, Blessed to be a blessing.

They had the promise, the expectation, that in the time of the one who was to come, all the nations would come to learn of God from the Holy Mountain.

Not an expectation of conversion – the nations were not to become part of Israel – but that the wisdom of God that had been revealed to the people would be a blessing to the whole of the world.

And Matthew paints us a picture of that beginning to happen – the wisdom of the nations leads them to seek the revelation of God in Jesus Christ.

Of course, the Jesus they found was just a baby, or perhaps a young child. And when they left, the story was about to get a whole lot worse. The slaughter of the innocents, the flight to Egypt, Jesus’ family refugees in exile, that all lies just around the corner.

It would be thirty or so years before Jesus began to proclaim the wisdom of God, the good news of the Kingdom that the Magi came to hear – forty or fifty before the Gentiles would begin to hear that good news in significant numbers. The arrival of the Magi, in a sense, changed nothing. It was, in a sense, an arbitrary marker, a promise of what was to come, but not more than that.

When the clocked ticked over to midnight on Thursday night and the fireworks started, nothing really changed. A zero on the calendar became a one. An arbitrary marker on a long journey.

And yet, a promise.

A promise that the journey continues, that we are not stuck in the same place, not living groundhog day.

A promise that the work of the Kingdom of God grinds on, that life continues, that we celebrate births and mourn deaths and look ahead to a future that is not just an echo of the past.

That God is at work, even, perhaps especially in the time of waiting.

That 2021 does mark a new beginning; for God is always making all things new.