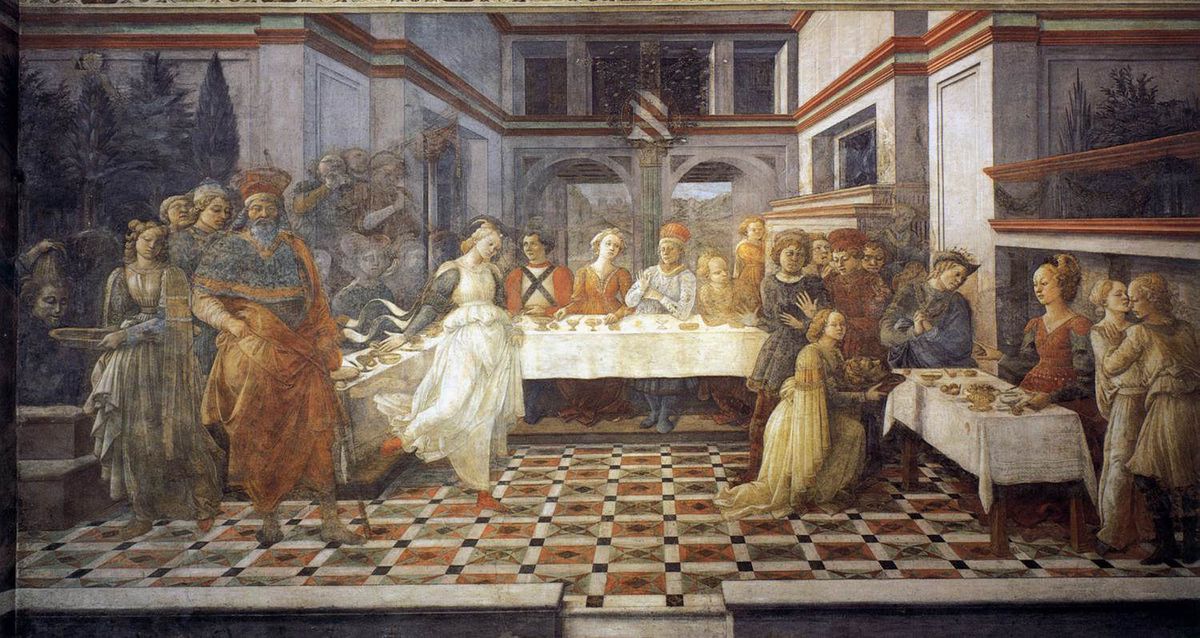 So here’s a challenge – take the story of the execution of John the Baptist, and put it into a series of sermons on the subject of “Good News worth sharing”.

I mean, what could possibly be good news in a story of a prophet imprisoned for challenging the local king, and being executed because of a promise given at a drunken party to the daughter of his illegitimately taken wife?

Even if that were good news somehow at the time that Mark was writing, how could it have any meaning or relevance to us? How could it be good news worth sharing?

So let’s recap the story. Herod Antipas, the ruler of Galilee at the time of Jesus’ ministry, and the son of Herod the Great, who had ruled at the time of Jesus’ birth, had divorced his first wife and married Herodias, who was both his half-niece and his half-brother’s first wife. Herodias, who was Herod the Great’s grand-daughter had been married off as a child to Herod’s youngest son Phillip after Herod executed his older son, her father. She divorced Phillip after Herod the Great’s death, in order to marry Herod Antipas.

At least, that’s how the historian Josephus, described this family mess.

And of course, Herodias has a daughter. She’s not clearly named in the gospels; although Mark appears to call her Herodias as well, the phrase “his daughter Herodias” more likely means the daughter of Herodias, who we know from Josephus as Salome, who would have been in her late teens at the time of our story.

Hope you’ve got that.

John the Baptist spoke out against the marriage of Herod to Herodias. It’s not actually totally clear which part of all this John the Baptist decided was unacceptable; but the way his condemnation is phrased – “it is not lawful for you to have your brother’s wife” – suggests that it is the divorce that John has a problem with, that he sees Herodias as still the wife of Phillip. Perhaps you noticed that I said she divorced him, and not the other way around; under Jewish law of the day a man could divorce his wife (you perhaps recall Jesus being involved in a debate about it) but a woman could certainly not divorce her husband.

So it might well be that the thing John the Baptist was really upset about was Herod marrying a woman who was still legally married, because she was the one who instigated the divorce and not Phillip.

It would certainly explain why Herodias had it in for John the Baptist where Herod was happy to keep him alive; even though John’s words had been technically directed at Herod (“it is not lawful for you”), what John was actually saying was that Herodias did not have the right to divorce Phillip.

Perhaps it might help to step back and ask why the author of Mark’s gospel decided to include this story. And one part of the answer to that is certainly that the connection between John the Baptist and Jesus is really important in Mark’s Gospel.

Mark, you might remember, doesn’t have a Christmas story, a birth narrative – the gospel begins with John. And Jesus’ role as standing in the tradition of John, indeed, fulfilling the tradition of John, is an important theme. Mark even tells us that Herod himself identified Jesus as being John raised to life again (and we might wonder how Mark knew what Herod said about Jesus, but that’s a rabbit hole we aren’t going down today).

The point, surely, of Mark’s inclusion of this story is to emphasise that Jesus was continuing, completing, perfecting, even, the work of John.

And John’s role in this story is that he is the one who speaks out; who challenges the powerful, who is ready to stand up and say that the abuse of power and the total lack of ethical accountability in places of authority is not ok with God. Even if it costs him his life.

Because, lets face it, the incestuous corruption of the government in the time of Rome wasn’t unique to that era; “power corrupts” isn’t a truism for nothing. We have our share. Not to say that there are no honourable people in power in modern Australia – of course there are, on all sides of most debates, many people seeking the common good – but that there is an almost inexorable tendency of worldly power to corrupt those who hold it.

The reign of God, the gospel, the good news of Jesus, stands outside, has always stood outside, the power systems of the day.

Even, I suspect, when those power systems identify themselves as Christian: whether it be Constantine’s Rome or the Papal Middle Ages or the Christian nationalism of parts of America; the reign of God stands outside, stands up and says “it is not right”.

Or “it is not right to force young children to spend years in immigration detention”.

Or “it is not right to prop up a domestic fossil fuel industry in the face of overwhelming evidence of its contribution to climate change”.

Or “it is not right to continue to deny the indigenous sovereigns of this land a voice in its future”.

Or “it is not right to deny transgender kids the counselling and medical care they need for personal political gain”.

It is Good News worth sharing that the gospel, the reign of God, does not back down in the face of established power.

It is Good News worth sharing that God stands, and God has always stood, alongside those on the outside.