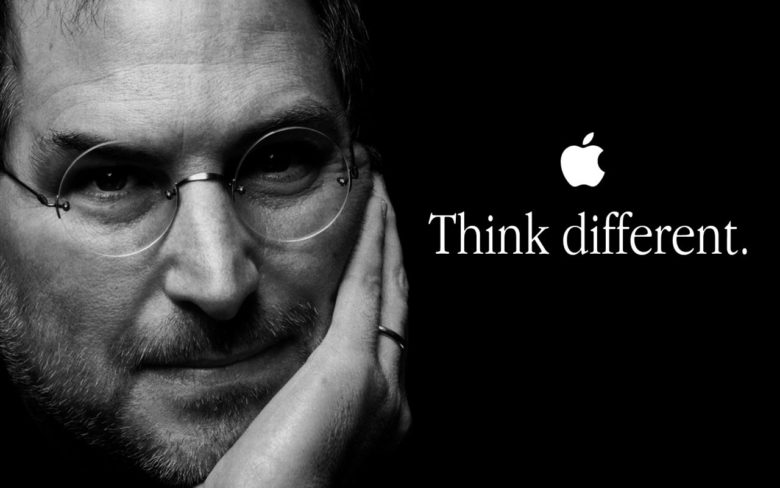 Back around the turn of the century, Apple computers ran an advertising campaign with the slogan “Think Different”. This was back when buying your computer from Apple was very much the exception – it was a bit of a statement, a bit idiosyncratic. So Apple took what, from a business perspective, was a major problem – their small share of the market (and the fact that they were just months from bankruptcy) – and turned it into a selling point. Think Different. “Here’s to the crazy ones.” the advert said, “The misfits. The rebels. The troublemakers. The round pegs in the square holes. The ones who see things differently.”

The campaign was widely considered to be huge success, even credited with Apple avoiding bankruptcy in 1997 (which, since they are now the largest company in the world, is no small thing). But much more interesting to me is what that success says about the appeal “Think different”

That there is a deep desire in us to see things differently. We believe there is something more than the standard, the status quo, the way that everyone says that the world is.

And sure, some of that is the arrogance of believing that we might be amongst ‘the crazy ones’ of the campaign – “the people who are crazy enough to think they can change the world” I reckon there is more to it than just that.

I think it plays to a sense in us that actually things should be different. That we shouldn’t just accept the way the world is as if it were a given, an unalterable reality.

And in a strange way, I think that connects deeply with the life and witness of Jesus, who invites us to truly “think different”.

To see the world differently, and perhaps also to see Jesus differently. In this weeks newsletter I wrote about this new telling of the story of Jesus, The Chosen, for which the promotional tagline reads “Think you know him? Look again”.

And today’s gospel reading offers us a classic example of how Jesus challenged those around him to think again, to think different, to rethink their assumptions about what did and did not really matter.

Clean and unclean were really important ideas for the people of first century Judaism. And if you read the Old Testament law around ritual cleanliness you find a really strange mixture of ideas thrown together into this single cultural idiom. Some of the law seems bizarrely relevant today (those who have been in contact with an infectious disease should wear a covering over their face, for instance); some, like the rules around handling the dead, play a public health role; others, like the uncleanliness of a woman during menstruation just seem designed to protect the patriarchy; some, like rules around eating animals with cloven hooves, just seem arbitrary.

But underlying all of the law there was a basic assumption that the people of God were to be different. That they were to exist in the world according to a different set of rules, that they were not like those around them. That they were “the crazy ones”.

That was what the laws of cleanliness, and the traditions of the people, were all about.

But Jesus invites them to think differently about the way that they were called to be different.

Last week I finished work in the Church office one evening and went home, forgetting that I had left a piece of chocolate on the desk (I’d saved it for myself as a treat for when I finished, but then forgot all about it).

Now I have no idea if cockroaches eat chocolate, or if this particular cockroach had in any way touched that particular piece of chocolate, but there was no way I was going to eat it. The simple presence of the cockroach near the chocolate was enough to render it unclean in my mind.

And that’s the way that we naturally think. The presence of something ‘unclean’ (a roach) near something ‘clean’ (chocolate) renders the clean unclean. Uncleanness is contagious.

Like dirt. A clean thing touches a dirty thing – the knee of your trousers and the patch of mud – and the dirtiness spreads.

You see this at work in the accusations thrown at Jesus by the religious of his day: “he eats with sinners”, “if he knew what this woman was like…”. Guilt, as we say, by association.

But Jesus, in his living, and here, explicitly, in his teaching, turns that around. What comes to us, he says, from the outside, can’t touch us. Nothing outside us can make us unclean. Because what makes us clean or unclean is on the inside.

Indeed, the ministry of Jesus is exactly the opposite. He, the pure one, the clean one, goes to the impure, the unclean, and instead of it contaminating him, he reaches out and makes it clean.

In the ministry of Jesus, it is the clean that is contagious. Like kneeling in that mud puddle and your trousers making the ground clean.

The Christian Church has a bad reputation for focussing on how we can avoid the sinfulness of the world around us. For being against the things that we think God is against. For fearing that we might be contaminated by the evil around us.

But the gospel, the good news worth sharing, encourages us to think different.

No wonder that John’s gospel uses the imagery of light in the darkness. Because that captures the reversal.

When the dirty comes into contact with the clean, the clean is defiled, dirtied.

But when the light comes into contact with the darkness, it is the darkness that gets transformed.

It’s almost like – imagine that the COVID vaccine was itself contagious. That once vaccinated, you no longer feared the virus outside you getting in, but you could go out and infect others with safety, with protection, with vaccination.

Light driving back the darkness.

We are not called to stay pure, to stay clean, to stay undefiled by the contagious impurity of the world. Because nothing outside us, Jesus says, can make us impure.

This is, in many ways, the starting point for our whole rethinking.

That we are not called to be different, to be defined, by what is outside us that we reject; for our sense of cleanliness, of purity, of rightness, comes from within – from the work of God within us – and nothing external to us can touch it. Nothing outside us can make us not God’s people. The good news worth sharing, the living Church, is not something clean that can be made dirty; it is light that the darkness cannot overcome.

So our whole approach to the world around us is that of light with the capacity to transform the darkness, not purity at the risk of being defiled.

Let your light so shine.