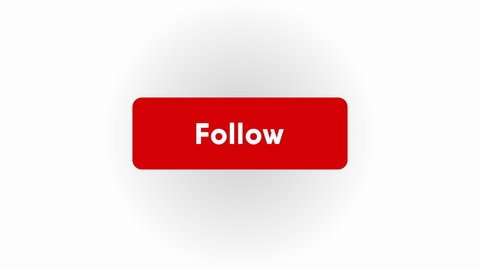 I don’t know if you are fans of the TED talks – as a preacher I have to admit that I find them a bit daunting (at least the good ones) – the amount that people can say, and the engaging way they can say it, in a talk roughly the same length as a typical Uniting Church sermon is challenge and an inspiration to those of us who speak each week.

If you haven’t seen the most watched talk of 2021, “Thrive by Five” by seven year-old Gold Coast girl Molly Wright, you really ought to check it out.

But the story of the call of the first disciples always reminds me of another TED talk I saw a few years ago. It’s called “How to start a movement”, and it’s only three minutes long, but it’s changed the way I think about – well, a lot of things, but certainly including Jesus’ disciples. I put a link to it in the notices, but in essence it speaks about the role in any movement of an underestimated form of leadership; that of the first follower. The first person to step up and join the one who has blazed the trail.

And so Jesus’ introduction of himself to his first followers is a crucial step in the mission of the reign of God.

Because let’s face it, when we read the stories of Jesus teaching his disciples, it’s not Jesus we see ourselves in. It’s those disciples, those mixed up people who get it and don’t get it, who are enthusiast for the gospel and consumed by their own motives, doubt and fears. We get their confusion, their hesitation, and their enthusiasm and passion.

So let’s look at how Jesus gains his first followers, transforms from a lone nut to a leader, as recorded in Luke’s gospel.

It was morning, and Jesus was teaching the people. The crowd was pressing Jesus to hear more. But the fishermen were not part of the crowd. They were busy at their work, cleaning their nets after an unproductive night out on the water. You know how you feel after a long day in which you didn’t get done what you hoped to – that’s where they were. Not a place of great enthusiasm. If you watched the Chosen when we watched it together last year maybe you’ll remember the scene as they beautifully portrayed it; Simon really uninterested in the commotion going on around him, very much consumed in his own worries.

But Jesus asks him for help. Now hold that thought, just for a moment. Jesus asked him for help so he could go a short way from the shore to speak and be heard by the people.

Other times Jesus managed to speak to crowds without a boat. For that matter, other times Jesus just walked on the water. There’s obviously a sense in which Jesus didn’t need Simon’s help.

But he asked him anyway.

And despite his tired and probably dejected state of mind, despite his disinterest, something about Jesus asking leads Simon to say yes. He takes Jesus out onto the lake.

The first thing that I want us to notice in this encounter, as Jesus is introduced to his first followers is this: Jesus reached out to them, to Simon, asking for help. Inviting them, not so much to listen and learn, but to be involved.

While there would certainly be a lot of teaching and learning in the life of discipleship, it starts with, and is always built around, involvement, action, doing.

What education has rediscovered (though it was never really forgotten) – we learn, much of the time, by having a go, and then reflecting on that experience.  It’s the same in learning to be a follower of Jesus.

And then, when he’s finished teaching the crowd, Jesus asks Simon to do something else. To cast out his nets one more time. And you can hear Simon’s weariness in his reply – “we’ve worked all night long but have caught nothing”. He’s already home later than he expected to be, and he feels the futility of what Jesus is asking. But again, something about Jesus leads him to continue “but if you say so…”

And then Simon agrees to cast his nets out again, despite it making no sense. And he gets a sign. He gets to see – and benefit from – the miracle.

First, as is so often the case with Jesus’ miracles, it meets a very real practical need. The Chosen’s portrayal of Simon as in debt, desperately needing a good catch, might be fanciful; but the first century economy for working people was pretty day-to-day: a fisherman with nothing to show for a night’s work would be a fisherman not eating well that day, not feeding his family as he would wish. In Matthew’s account we read that they had hired men with them; they are portrayed more as small business owners. But every small business owner knows how quickly things go south with no income, and staff still needing to be paid.

But the second thing the miracle does is to draw in others. James and John shared in Simon’s amazement at what had happened.

Simon’s reluctant willingness to do as Jesus had asked him, to take the invitation to get involved Jesus had offered him, has started to draw others in. The first follower, despite his hesitation, has shown others what happens when you connect with this leader. Now it’s not just a lone nut and a first follower; now there three fishermen ready.

Except that there is also the third effect of the miracle. And that is Simon’s response. Because Simon gets it. He knows a miracle when he sees one. He knows that he is in the presence of something holy. He doesn’t know what – it would be a while before he would start to see Jesus as the Messiah, and longer still before he would understand him as God incarnate. But he knows this is something of God. And he responds as so many in the Hebrew tradition, as Isaiah did – with an awareness of his own sin.

Was Simon especially sinful? Or just an ordinary guy who was self-aware enough to know that he was far short of perfect?

Or was he, perhaps, the victim of a religious system which weighed people down with guilt? Had he heard the holiness of God spoken of so often, so forcefully, that he had more fear in the presence of the divine than celebration?

I’ve been wondering about this response to the presence of God, and the things of God, recently. Because it’s definitely a strand of thought in the Bible; fear – even if just awe – in the presence of the divine. Moses takes off his shoes, Elijah covers his face, Isaiah fears for his life.

And that sense of the overwhelming bigness and otherness of God; that sense of God’s perfection and our shortcomings; is certainly one encouraged by the language of God’s holiness.

But when you look at how God responds, you see a different story. Moses goes on to be the one who sees God face to face. Elijah encounters the still small voice of God. Isaiah’s sense of sin is taken from him. And I don’t believe Jesus ever encouraged anyone to be afraid in his presence because of their sense of unworthiness. Though perhaps he said things that might set fear in the hearts of those who considered themselves worthy.

And in our reading today, Jesus doesn’t even address Simon’s sense of sinfulness. He doesn’t say “no, it’s ok, you’ve been forgiven”. He just ignores Simon’s insistence that he doesn’t deserve Jesus being near to him. He treats Simon’s sin (big or small) almost as if it were irrelevant. Not worth mentioning. Certainly not something that might stop Simon being part of the movement, the reign of God, that Jesus had come to proclaim.

It seems to me that this is actually the dominant New Testament image (though already seen in the Hebrew scriptures), the image of the presence of God that Jesus came to share.

Not “woe to me, for I am a sinful man”, but “let us draw near with confidence”.

So we read this first encounter between Jesus and those who would become amongst his closest friends and followers, this calling of the first followers who turn the lone nut into a leader.

What do we see in it? How do those first followers show us how to follow; and how in turn to allow our following to encourage others, in turn, to join us?

I’ve suggested three strands of thought we might reflect on.

Firstly, those first followers join in by getting involved. There were lots of people listening to Jesus, but these followers were invited to learn about the reign of God by getting involved. I recently read some research about the factors associated with young people staying involved in Church. The most important was mentoring; older people willing to spend time with them (the way Michaela has worked so much with our Young Adults, and they in turn with our youth and kids). But the second was having an opportunity to put faith into action. Learning to follow by doing it.

The second strand was the sign of God at work; meeting genuine needs in a way that draws others in, attracts their attention.

And the third was that Jesus’ message, in word, but even more, in deed, was that the presence of God, the presence of the divine, is an invitation, not a condemnation. A declaration that you are welcome, you are worthy, not an emphasis on your shortcomings.

If we, as part of this movement, are going to draw others in to join us, that is the sort of following that we need to model and to offer.

Active involvement in the work of God. In ways that meet the real needs of real people. And that declare that all are welcomed and valued.